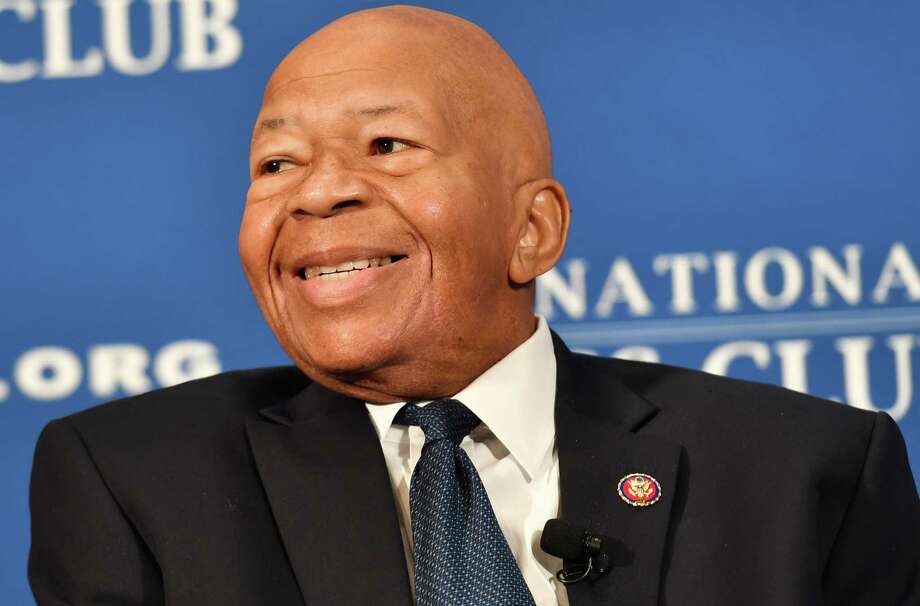 The death of Rep. Elijah Cummings (D-Md.) prompted an outpouring of grief and condolences on social media.

Lawmakers, celebrities, journalists and other high-profile figures paid tribute to the veteran member of Congress, who died early Thursday “due to complications concerning longstanding health challenges,” his office said.

The term “Rest In Power” also trended nationally on Twitter.

Elijah Cummings was the rarest of politicians- he was a man of substance and of grace; fierce in his determination to protect those without a voice and implacable in his search for the truth. Our nation has lost a truly great public servant. https://t.co/nyTHTYKZpj

We lost one of our best. A son of sharecroppers, who went on to represent one of our greatest cities; a fighter for justice, who always led with love—Rep. Elijah Cummings was everything right about America. He is already missed, but his legacy will be with us forever.

Rep. Cummings was an American hero, a beacon of hope, a profound storyteller; decent and fierce in his convictions and always fighting for the forgotten. He was an inspiration to me and to so many he served with.

All of Congress and our entire nation feels this loss so deeply.

Today our country lost a true leader. Congressman Elijah Cummings was a friend, a passionate fighter for justice, and a powerful voice of moral conscience in our government who served his country for decades with dignity and integrity. I’m blessed to have known him. #RIPElijah

We lost a giant today. Congressman Elijah Cummings was a fearless leader, a protector of democracy, and a fighter for the people of Maryland. Our world is dimmer without him in it.


Saddened to hear of the passing of a great statesman that I truly admired, US Rep. Elijah Cummings of Maryland. May he rest in power. pic.twitter.com/FhmuPO7WWw

#ElijahCummings was one of the most honorable, selfless public servant who cared deeply for others. A powerful force for change. We will miss you brother. #WeAreBaltimore.

We’ve lost a leader like no other. Elijah Cummings was a lion when standing up for his beloved Baltimore & rights & truth. But he was also so kind, including to brand new senators like me a decade ago. His advice was as true as his love for his country. 💔 https://t.co/T5pLt24Jjv

Very sad to learn of the passing of Rep. Elijah Cummings this morning. @RepCummings chaired the powerful House Oversight Committee. His booming voice rings in my ears, from when he demanded decency from the head of Homeland Security, for the treatment of children at our border. https://t.co/qZqK1rvKBR

A devastating loss for our country.

Chairman Cummings was a giant: a universally respected leader who brought profound insight, commitment, and moral fortitude to Congress.

His guidance and vision was an enormous gift. I will forever cherish his example. May he rest in power. https://t.co/D0RsKsM5fh

I am so saddened to hear of the passing of Congressman Elijah Cummings. A true giant and champion for democracy. He was a fighter and patriot who loved this country and left a lasting legacy in American history. Sending love and prayers to his entire family, friends and staff. pic.twitter.com/mF9lesX38W

Deeply saddened by the passing of our colleague Elijah Cummings. He was a giant, revered by all. He taught me much when I served on Oversight my freshman year. My prayers are with Maya & Elijah's family.

And to the extent Heaven needs any oversight, I know Elijah will be there. pic.twitter.com/mnaXXCTvqX

Incredibly sad news. @RepCummings was an icon for justice and peace. He was a voice for voiceless and warrior for his city & community.

He will be dearly missed in Baltimore, on Capitol Hill, and the entire nation.