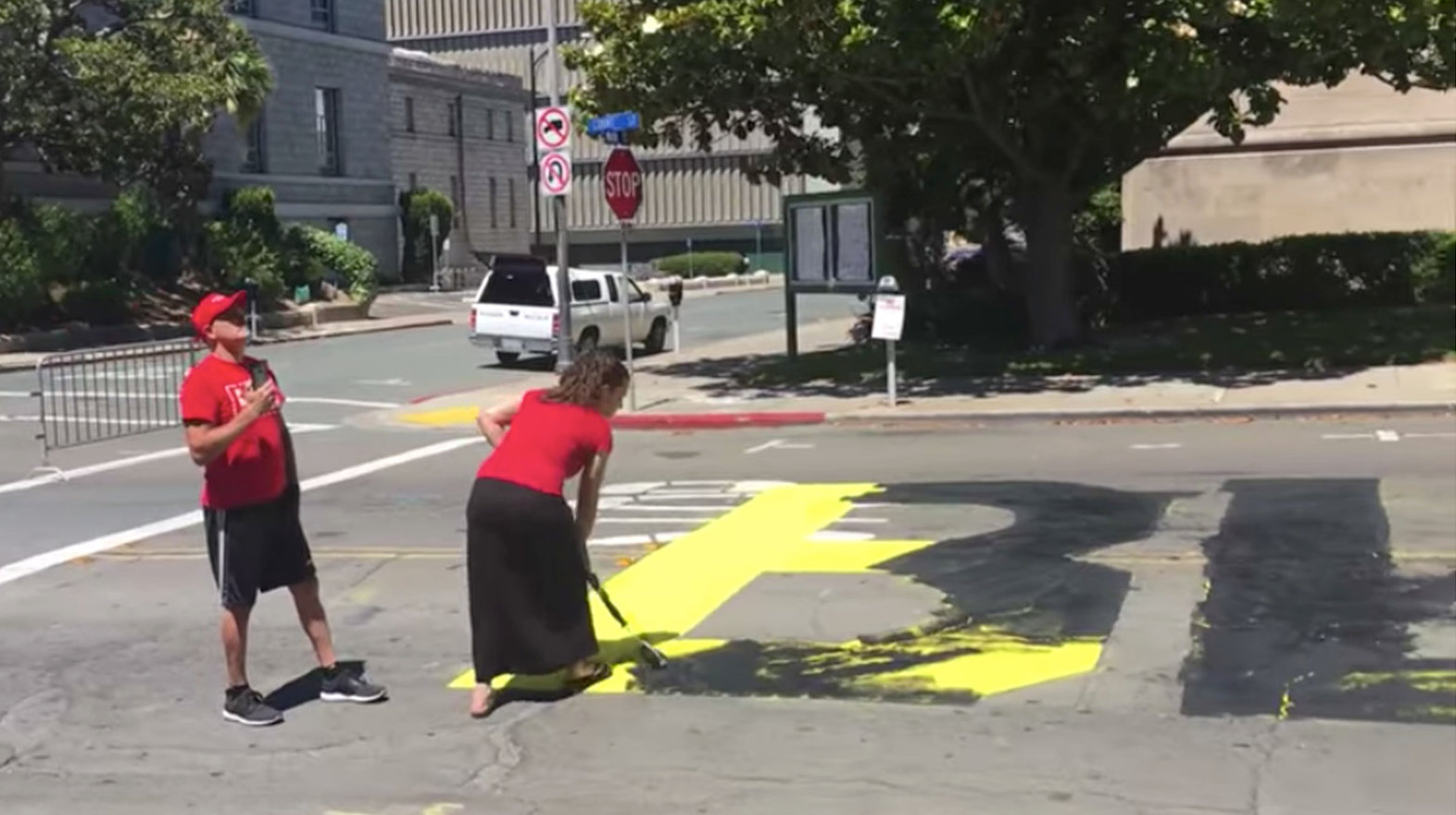 Police are investigating an act of vandalism after two white people were caught on video Saturday defacing a Black Lives Matter mural in Martinez, California.

After the completion of the mural, which showed "Black Lives Matter" painted in yellow on the street similar to the one in Washington, D.C., a woman started painting over it while a man recorded her and argued with onlookers.

“The community spent a considerable amount of time putting the mural together only to have it painted over in a hateful and senseless manner,” Martinez Police Chief Manjit Sappal said in a statement. “The city of Martinez values tolerance, and the damage to the mural was divisive and hurtful.”

In a viral video of the incident, the woman can be seen using a paint roller and black paint to cover the "B" and the "L" in "Black." The man, who was wearing a shirt from President Trump's campaign and a red “Make America Great Again” hat, fetched a second can of black paint from a white truck upon the request of the woman. Sappal said police are investigating the act of vandalism. His statement also shared a photo of the license plate number of the truck they used to leave the scene and asked the public to help identify the two.

The Black Lives Matter movement has seen a resurgence in support following the death of George Floyd in late May.

Floyd, a 46-year-old black man, died on Memorial Day after a white Minneapolis police officer knelt on his neck for nearly nine minutes despite his pleas for air.

The officer who pressed a knee to Floyd's neck, Derek Chauvin, was fired from the department and has been charged with second-degree murder and second-degree manslaughter. The three other officers who were involved in detaining Floyd, who was suspected of using a counterfeit $20 bill, were also fired and charged with aiding and abetting murder.

Protesters have sought to raise awareness about systemic racism and police brutality against nonwhite people. Some activists have called for abolishing the police.