People are debating a comparison between OutKast and EarthGang

Outkast earned a trending spot on Twitter Tuesday when comparisons to Earthgang swarmed conversations after the release of Earthgang’s Mirrorland.

A tweet from YesJulz is the last thing that I expected to forge a discussion about one of the greatest rap duos of all-time. Yet, here we are.

Hip-hop twitter was super-charged for hours, trying to decipher the similarities between Outkast and fellow ATLiens, Earthgang. 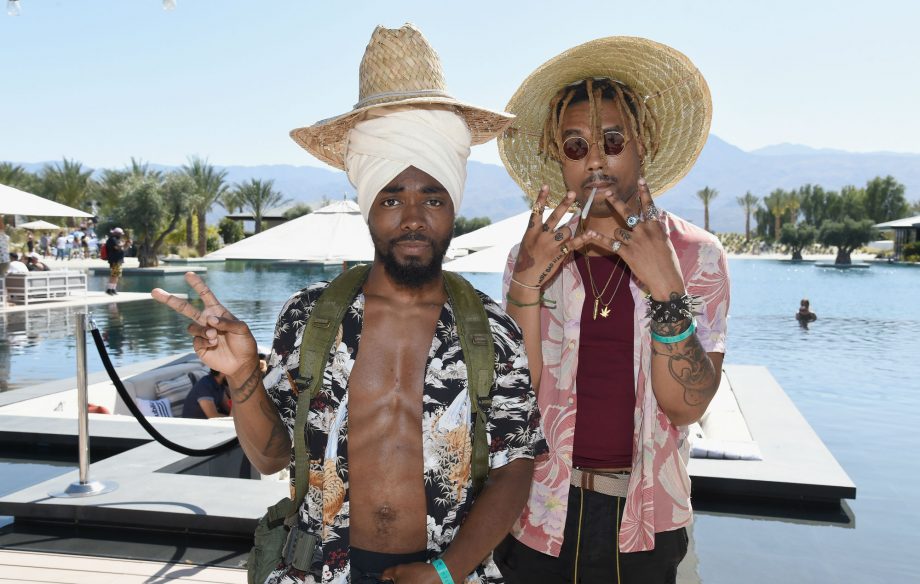 I know you’ve listened to Mirrorland. If not, check the playlist below. You will not be disappointed.

That leads to the merit of any correlation between the two groups. The obvious similarities are there. Both duos are from Atlanta, Georgia. Each artist was about high-school aged when they met. One of the most attributable characteristics to both duos is their willingness to create outside of what is expected.

That is what made Outkast majestically iconic. Andre 3000 and Big Boi branded an expression in hip-hop that had yet to be recognized and continued to expand that vision as their artistry grew. Each man had their own cadence and presentation.

While Three Stacks was eclectic in style and more metaphorical in his words, Big Boi’s straightforward rhymes and persona was a huge boost for Outkast’s development. Andre 3000 needed to grow on a lot of fans who simply were not going to vibe with an approach that they were not privy to.

Earthgang’s varied styles are showcased proudly on their newly released album, Mirrorland. In the Dreamville-signed artists’ first song of the album, “Lala Challenge”, Olu’s voice comes over the speakers like a gem. His pitch and delivery are masterful in his beginning verse as WowGr8 rides the beat ahead of the “Falcon Special Interlude” in the middle of the song.

Soon after, a second wave comes through. A new groove. The song is the perfect introduction to the album because it prefaces an idyllic balance between the two emcees and equally bolsters the impeccable production throughout.

Neither duo coddles predisposed notions of what the product is supposed to be. Both gravitate towards funkier styles. That is seemingly where the comparison ends.

Listeners are often programmed to a sound and sometimes reject new representations of music, hip-hop specifically. This also leads to the audience connecting blurred lines and grouping a collective of music simply because both are “weird”. To say Earthgang is “Outkast, but with two Andres”, blemishes the pedestal on which Outkast has been planted. The duo was so special because both artists were so stylistically different.

The statement also diminishes Big Boi’s necessary role in Outkast’s rise. Without him, where would Andre 3000 be?

As hip-hop progresses, these conversations will continue to surface. Earthgang should be proud to be recognized alongside one of the most influential hip-hop acts of all-time. Even if the comparison has weak legs to stand on.