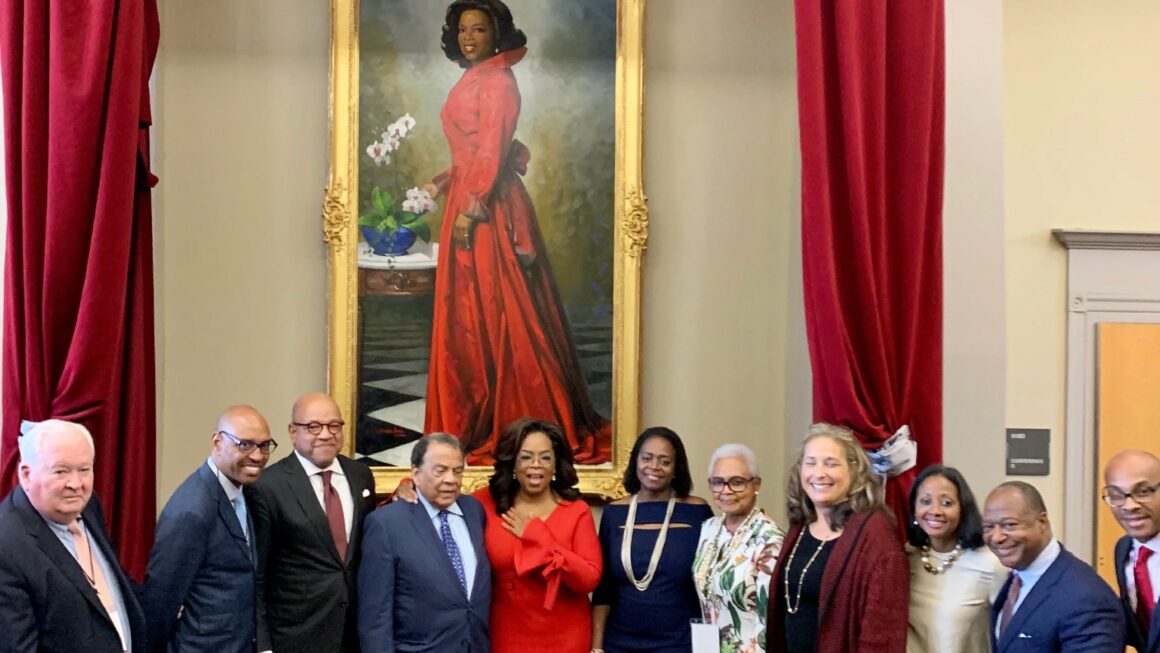 Oprah Winfrey announced Monday that she's donating millions of dollars to Morehouse College, making her gifts to the school the largest endowment in its history. The billionaire philanthropist donated $13 million to continue her scholarship program at the college, making her total gift $25 million.

Winfrey made the surprise announcement during a visit to the historically black, all-men's university in honor of the program's 30th anniversary.

Here is video from today's surprise announcement. Oprah Winfrey donated $13 million to continue the Oprah Winfrey Scholarship Program, pushing her total investment to $25 million, which is the largest endowment in the College’s history. pic.twitter.com/5tcs6Pfu5m

"I was really surprised to learn that it's been 30 years since I made that $12 million donation to Morehouse, so today I would like to add $13 million to that," Winfrey announced to the young men.

The 47 scholars in attendance, whom she called "sons," each gave Winfrey a rose, and the school unveiled a portrait to honor Winfrey for her support.

Over the past three decades, Winfrey's endowment has funded the education of almost 600 scholars, giving them opportunities for global experiences that open their classrooms to the four corners of the world, according to Morehouse President David A. Thomas.

Winfrey pledged to continue to fund the program so it could support the education of future men of Morehouse, the school said in a statement.

"I understand that African American men are an endangered species. They are so misunderstood. They are so marginalized," Winfrey said.

Oprah Winfrey returned to Morehouse College to celebrate the 30th anniversary of the Oprah Winfrey Scholars Program. Her $12 million donation to the scholarship program over the years has paid for the education of nearly 600 scholars. A portrait was unveiled in her honor today. pic.twitter.com/AE3Qell0Mk

WInfrey's donation comes less than a month after fellow billionaire Robert Smith extended his pledge to erase college debt for the school's 2019 graduating class. The philanthropist also vowed to pay off debt amassed by parents to send their children to the college.

Smith and his family donated $34 million to a fund to erase student debt for parents whose children attend the college, the school said in a release last month.