Oprah Makes Surprise Appearance At Apple Event And Everybody Loses It 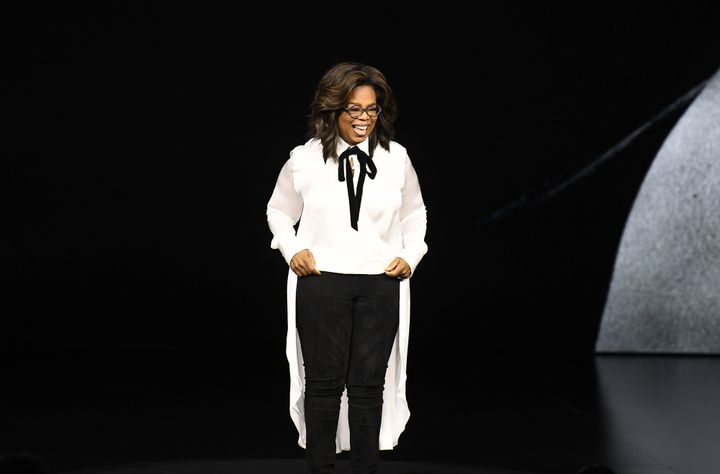 The queen of daytime TV made a surprise appearance at the tail end of Apple’s event at its campus in Cupertino, California, on Monday, where the company announced a slew of new features for its products, including details about its partnership with Winfrey.

The company announced an exclusive and multiyear deal with the former talk show host in June 2018 to bolster its already impressive lineup of original content, featuring stars such as Reese Witherspoon, Jennifer Garner and Jason Momoa.

The press release at the time promised that Winfrey, who already runs her own network, would “create original programs that embrace her incomparable ability to connect with audiences around the world.”

Now, Winfrey has revealed that she’s already hard at work on two upcoming documentaries tackling social issues for the newly announced streaming service Apple TV Plus, which is set to debut in the fall.

The documentary “Toxic Labor” will explore sexual harassment in the workplace and the currently untitled second project will be a multipart series focused on mental health.

“There has never been a moment quite like this one,” Winfrey said during the live announcement. “We have this unique opportunity to rise to our best selves in how we use and choose to use both our technology and our humanity.”

Winfrey added that the Apple platform “allows me to do what I do in a whole new way.”

The media mogul also revealed that she intends to bring the “biggest, most vibrant, most stimulating book club on the planet” to Apple devices, with plans to host conversations with authors that will be accessible to all users.

“I want to reach that sweet spot where insight and perspective, truth and tolerance actually intersect,” Winfrey said.

Naturally, social media was rocked by Winfrey’s appearance and the promise of more content from the producer on the horizon.

"Good afternoon America. The democracy experiment has failed. I announce here, with Apple, the beginning of Oprah Year Zero. It begins now." pic.twitter.com/K4IbsIfwX0