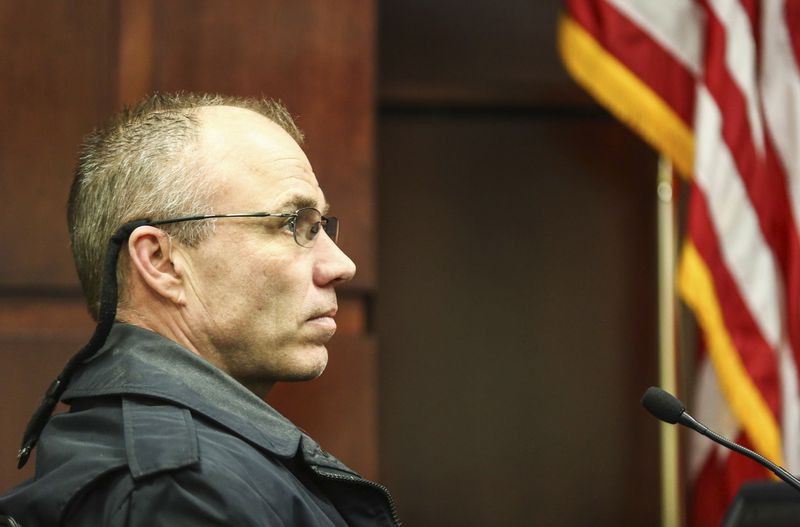 A Michigan police officer is on administrative leave after a prospective buyer of his home said he found a framed Ku Klux Klan application and several Confederate flags inside the residence.

Rob Mathias, who is Black, was touring the home in the Muskegon County town of Holton with his wife and children last week when he said they discovered the racist memorabilia hanging on the walls.

Mathias said he would have still considered purchasing the home despite the flags, but the application caused him to gather his family and immediately leave the property.

“I’m still disgusted by it. I’m hurt,” Mathias, an Army veteran, told MLive. “You can’t serve your community and be a racist. You can’t. There’re people of all different colors, of all different nationalities ... out there that you have to serve and protect. You can’t just protect one group of people.”

“We do take this sort of issue, seriously, and we are working hard to understand if/how this may impact his ability to safely and fairly police our community,” Peterson told the local station.

Mathias said that after some reflection and prayer he decided to post a photo of the KKK application on Facebook in case the homeowner ― who he identified as an officer by a police jacket and photo inside the house ― had been involved in questionable dealings with minorities in the past.

“We want a thorough investigation to be sure that when he goes out there and puts on that uniform and performs his duties as an officer that he’s being fair and impartial,” he told WOOD-TV.

A white cop in Michigan is on paid leave after a Black prospective buyer toured his home and found a framed KKK application and multiple Confederate flags.

Anderson’s wife, Rachel Anderson, denied to WOOD-TV that her husband is a KKK member. Instead, she said, he’s a collector and suggested that the flap is all a misunderstanding.

“I like antiques, but I collect things that I represent. You can go in my basement, we have Detroit Lions, Red Wings, Michigan stuff, everything we associate ourselves with,” she told WOOD-TV. “So why would you collect something you don’t associate with yourself?”

Anderson previously was in the news in 2009 after being involved in a fatal police shooting involving a Black parolee.

Julius Johnson was fleeing a traffic stop on foot when he was shot by the officer following a struggle. Anderson said he feared for his life in the fight, in which he was severely beaten, and the Muskegon County prosecutor determined the officer was justified in using deadly force, MLive reported.

The NAACP unsuccessfully called for a federal investigation of the shooting.