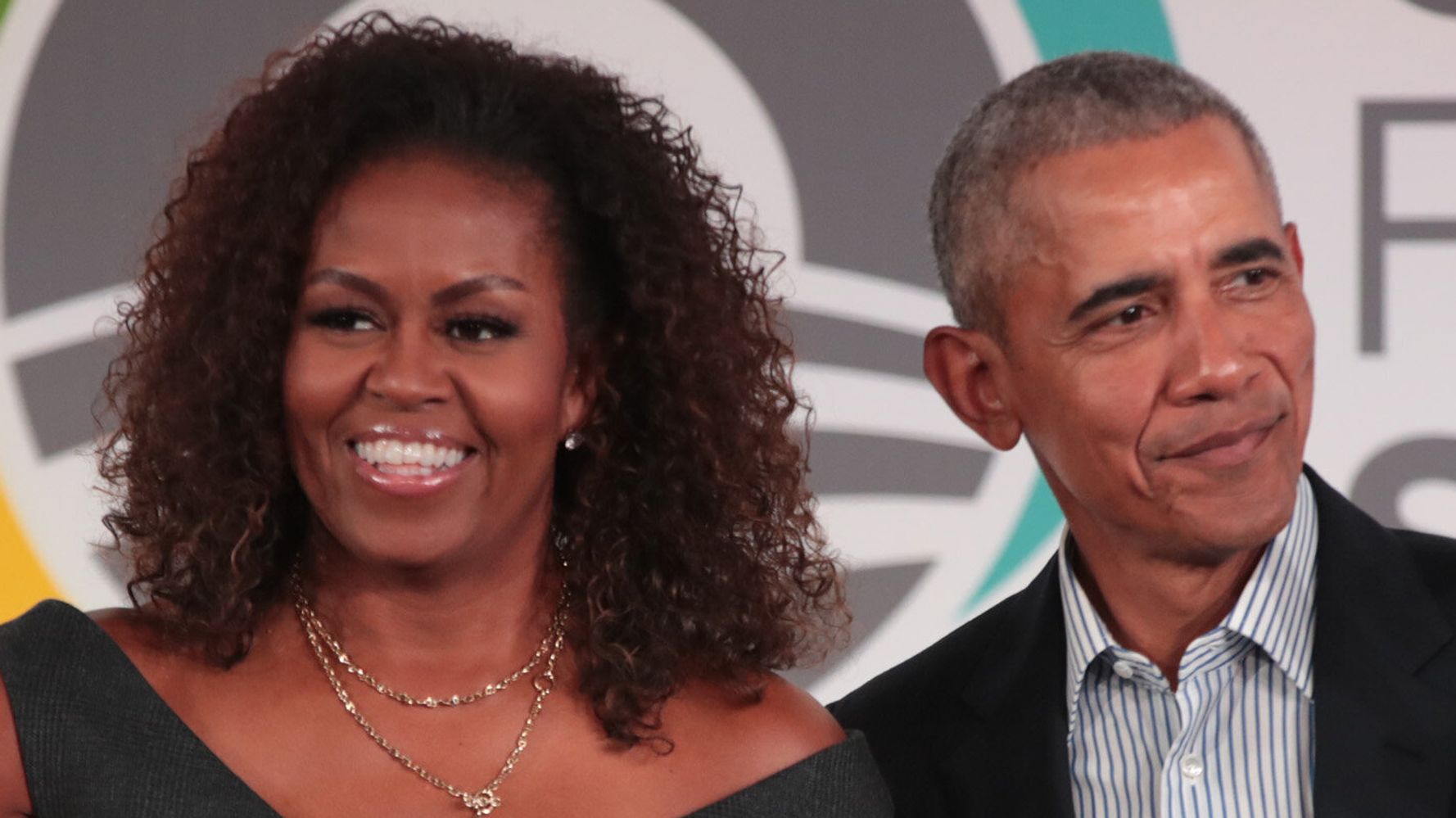 Michelle Obama’s debut podcast featured what appeared to be a slew of subtle swipes at President Donald Trump.

The former first lady interviewed her husband, former President Barack Obama, for the first episode of “The Michelle Obama Podcast” that Spotify released on Wednesday.

During the 48-minute conversation, Barack Obama acknowledged that often the only time young people know what government is doing is when something goes wrong.

“So we’re getting a good lesson in that right now,” he quipped, in what seemed to be a ding at the Trump administration.

“Exactly,” agreed Michelle Obama. “If people are paying attention and they understand what’s missing. Not having a public health system that takes care of people whether you are working or not, that takes care of you whether you have preexisting conditions or not. Unemployment, Social Security ― all of the things that sort of keep people going when the chosen path doesn’t work.”

So excited for you to hear the first episode of The #MichelleObamaPodcast with @BarackObama! I wanted to start this season off by discussing our relationship with our community and our country. I hope you'll tune in on @Spotify: https://t.co/iEjVDPIxEs. pic.twitter.com/9svSKNHRZ0

Barack Obama lamented that young people have grown cynical about government and now channel their idealism “outside of governmental structures and outside of politics.”

Trump and his administration have been widely condemned for failing to control the outbreak. The president has downplayed the seriousness of the pandemic, promoted unproven treatments, mocked people for wearing face masks, pressured states and schools to reopen, and terminated the United States’ relationship with the World Health Organization.

Michelle and I have spent a lot of time together these past few months. We’ve had a lot of good talks—and this one’s up there with the best. Take a listen to the very first episode of Michelle’s podcast: https://t.co/JEaVgT6GPC. pic.twitter.com/oRn1figrRK

When the exchange turned to Barack Obama’s optimism, Michelle Obama teased her husband as the “Yes We Can man,” a reference to his 2008 campaign slogan.“What’s the alternative? That’s the thing. As cynical as I can be, in the end, I agree. We don’t have an alternative,” she said.

Barack Obama suggested his wife thinks “things have to get super, super bad before folks figure stuff out.”

“Well I hope we’re at that point,” she responded.

Then she appeared to mock Trump for his apparent ignorance of history:

“But I tend to agree. You know, when in doubt, rely on hope. Because, as you pointed out as a former president who reads and knows history ― let’s just take a moment to pause and think about that ― but as that person, you understand the arc of progress. We are moving toward more inclusivity, more openness, more we-ness, it’s not an easy trajectory, it is bumpy and it is uncomfortable, and that’s how change happens.”

The Obamas did not mention Trump by name during the episode.

The comments followed Barack Obama’s direct criticism of Trump in a video released by presumptive Democratic nominee Joe Biden’s campaign last week. Obama also said in a virtual appearance at a Biden fundraiser last month that his successor’s use of racist terms to describe COVID-19 “shocks and pisses me off.”