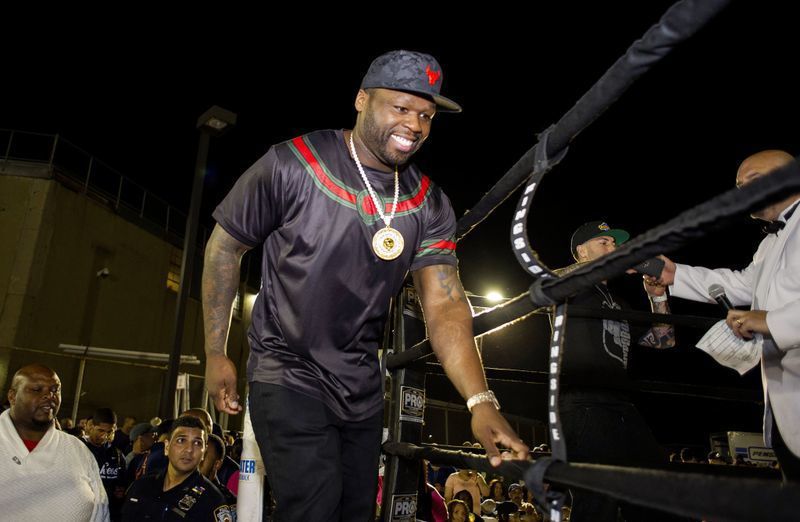 A Brooklyn precinct commander is being investigated by the NYPD for allegedly threatening the celebrity’s life — telling his officers at a roll call to “shoot him on sight,” the Daily News has learned.

Deputy Inspector Emanuel Gonzalez, the commanding officer of the 72nd Precinct in Sunset Park, allegedly made the threat last June 7, when the actor and “In Da Club” rapper was expected to attend an NYPD sanctioned boxing match in the Bronx.

During a roll call inside the 72nd Precinct stationhouse, Gonzalez told his officers if they saw 50 Cent at the boxing match, known as a smoker, they should “shoot him on sight,” a source with knowledge of the case said.

“The inspector just said that at roll call,” the source said. “I’m like WTF.”

No one recorded the incident, and Gonzalez tried to pass off the bizarre order as a joke. But the matter made its way to police headquarters, which launched a probe.

“The incident is under internal review,” a department spokesman said.

A source said the Internal Affairs Bureau’s Group 1 — which handles police corruption cases for captains and above — is investigating.

Gonzalez, who will be celebrating his 30th anniversary with the department later this year, remains on active duty, officials said.

Adding weight to the IAB investigation is that the alleged threat came at a time Gonzalez had an ongoing beef with the rapper, whose given name is Curtis Jackson. 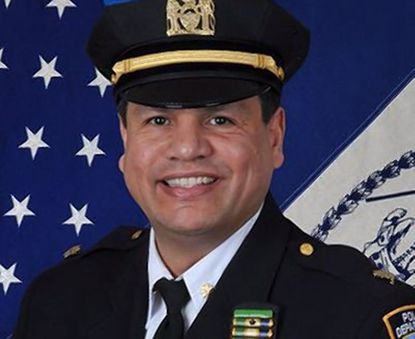 Inspector Emmanuel Gonzalez, the commanding officer of the 72nd Precinct, is being investigated for allegedly threatening rapper 50-Cent. (NYPD)

A month before the roll call, Gonzalez filed an aggravated harassment complaint, claiming 50 Cent threatened him on Instagram.

The entertainer was commenting on a lawsuit first reported in the Daily News accusing Gonzalez of shaking down the owner of the Sunset Park club Love and Lust — one of 50 Cent’s favorite haunts — when he wrote “Get the strap,” a slang term for “get a gun.”

In the complaint he filed in the department, Gonzalez said several of 50 Cent’s 18 million followers responded with their own threats against the precinct leader, including “F--k this commander” and “Blast this fool,” leaving him “in fear of his safety.”

The rapper ultimately took down the Instagram post. The department investigated Gonzalez’s complaint, but no charges were filed.

A rep for 50 Cent said the Grammy winner had just heard about Gonzalez’s “shoot on sight” comment.

“Mr. Jackson takes this threat very seriously and is consulting with his legal counsel regarding his options going forward,” the rep said. “He is concerned that he was not previously advised of this threat by the NYPD and even more concerned that Gonzalez continues to carry a badge and a gun.”

Gonzalez is being sued by Love & Lust owner Imran (Star) Jairam for demanding 11 “free” round-trip tickets to Puerto Rico and a generator for a doctor after Hurricane Maria devastated the island.

When Jairam denied Gonzalez’s request, the precinct hammered the club with violations. As a result, Love & Lust lost its liquor licence and shut down, the owner claimed in court papers.

When reached Saturday, Jairam said Gonzalez “should be stripped of his badge.”

“This just shows his personality,” Jairam said. “This is a guy who should be protecting us,” he continued.

If proven true, Gonzalez’s alleged order had the complete opposite effect, sources with knowledge of the case said.

Instead of harming 50 Cent, spectators cheered him on, yelling “Get the Strap” as he sat next to Jairam’s attorney Eric Sanders at the New York Expo Center in the Bronx. He was even asked to come up and comment on the matches.

“I always knew that a flea has more integrity than Gonzalez,” Sanders said when asked about the investigation into the alleged threat. “Now we can add ‘unhinged’ to this clown’s horrible reputation.”

“When is the PC going to finally clip his wings?” Sanders asked.

Attempts to reach Gonzalez were unsuccessful. Roy Richter, the president of the Captain’s Endowment Association, did not return a request for comment.