No Charges In Police Killing Of Mall Shopper Mistaken For Shooter 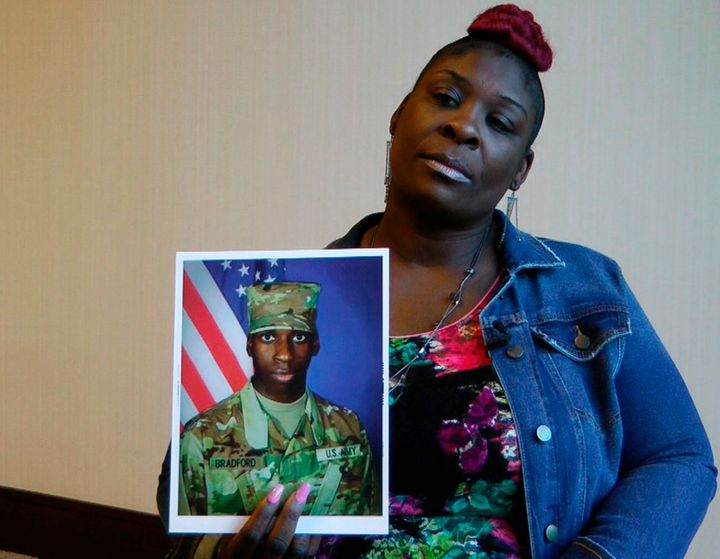 The fatal police shooting of an armed Alabama man after he was mistaken for a mall shooter in November was “justified and not criminal,” authorities said Tuesday.

The officer, who was not identified, mistakenly targeted Bradford after he was seen running toward one of the shooting victims while holding a handgun.

The officer identified Bradford “as an immediate deadly threat to innocent civilians and thus shot Bradford to eliminate the threat.”

Bradford appears in the video’s frame and after a brief pause runs in the opposite direction that people are fleeing. After taking several steps he collapses to the ground and his handgun slides to the floor ahead of him. At least one police officer can be seen approaching him from behind with a firearm drawn.

An autopsy on Bradford showed that he was shot three times from behind.

Though the mall’s policy forbids handguns, Bradford’s father, Emantic Bradford Sr., said his son had a permit to carry a concealed weapon.

Marshall’s report says there was no evidence that Bradford’s handgun was fired at the mall. It adds that the FBI also reviewed the case and, from his understanding, found no evidence to initiate a case against the officer for civil rights violations.