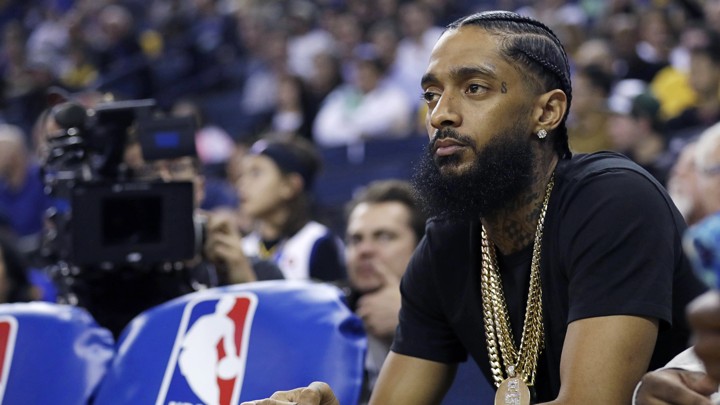 When Los Angeles–based rapper Nipsey Hussle was shot and killed on March 31 at the age of 33, his death plunged people in his LA community, as well as others all over the world, into resounding grief.

It wasn’t only that he was young and beloved or that he was a father of two who was in a relationship with actress Lauren London. Hussle (whose given name was Ermias Asghedom) was lauded through his life not just for his music but also for his service to the black community.

In the days after his death, there has been much talk about much he did for the black community in South LA, but most people didn’t realize how far-reaching his activism and entrepreneurship were:

On March 31, LA Police Commissioner Steve Soboroff revealed that Hussle had a scheduled meeting with the LAPD the day after his death to discuss gun violence in the city. Hussle, a former gang member, spoke openly about his experiences with gang culture and his desire to focus on “giving solutions and inspiration” to young black men like him.

We (@LAPDChiefMoore and I ) were meeting , at the request of @NipseyHussle with him and @rocnation tomorrow at 4pm to talk about ways he could help stop gang violence and help us help kids. I’m so very sad https://t.co/rcGtvw9c6L

He was revitalizing the community with new real estate developments

In a bid to bring black-owned businesses and jobs to his South LA neighborhood, Hussle reportedly spent several million dollars on a strip mall property on Crenshaw Boulevard and Slauson Avenue with several stores, including his “smart store” Marathon Clothing. He had bigger plans in the world of real estate: In February he told Forbes that his goal was to work with black community leaders in other U.S. cities to create similar business and real estate hubs designed to benefit rather than push out the black community. The plan was part of an initiative called Our Opportunity, co-founded by Hussle and led by his business partner Dave Gross.

He was one of the people behind Destination Crenshaw

In addition to the real estate and many businesses he owned, Hussle was an integral part of several other initiatives to revamp his neighborhood and honor the black community. He was an advocate for a project known as Destination Crenshaw, described as a 1.3-mile open-air museum. Designed as a cultural experience, the center, on Crenshaw Boulevard, will feature permanent and rotating art and design exhibits celebrating black history and culture.

He was a strong advocate for the project and, according to City Councilmember Marqueece Harris Dawson, was an integral part of the project’s branding.“Nipsey Hussle was in the earliest conversations about Destination Crenshaw,” Dawson said in an interview with DnA after Hussle’s death. “In fact, the very logo for the project that you see on all the materials and even the name of the logo was actually done by his team of graphic artists that work with the Marathon Store and they did that as a gift to Destination Crenshaw.”

He was working on a film about Honduran healer ‘Dr. Sebi’

In 2018, Hussle revealed that he was working on a documentary about Alfredo “Dr. Sebi” Bowman, an herbalist who made claims of curing serious diseases with holistic approaches and treated the likes of Michael Jackson and Lisa “Lefteye” Lopes. However dubious Bowman’s approach, Hussle was a firm believer in the now-deceased healer’s work and was planning an informational film exploring African herbal healing techniques. That project has sparked controversy, since not only has there been debate about Bowman but also some grieving fans and conspiracy theorists are suggesting Hussle’s death is somehow connected to alleged government suppression of information about Bowman’s techniques.

He was an advocate for STEM among black and brown kids

Hussle was an investor in Vector90, a technology space founded by Gross. The center is home to a community program called Too Big to Fail, which serves as a link between young people in the inner city and Silicon Valley. The aim: to train underrepresented and disenfranchised black and brown youths in STEM (science, technology, engineering and math) fields. Hussle and Gross reportedly had plans to expand the program across the country.

He invested in the education of young people

the rapper and entrepreneur famously invested in the 59th Street Elementary School in South LA, donating money to give a new pair of shoes to every student at the school as well as helping renovate its basketball courts and playgrounds.

“I remember being young and really having the best intentions and not being met on my efforts,” Hussle told The Los Angeles Times in 2018 about his desire to invest in youths’ education. “You’re, like, ‘I’m going to really lock into my goals and my passion and my talents’ but you see no industry support. You see no structures or infrastructure built and you get a little frustrated.”