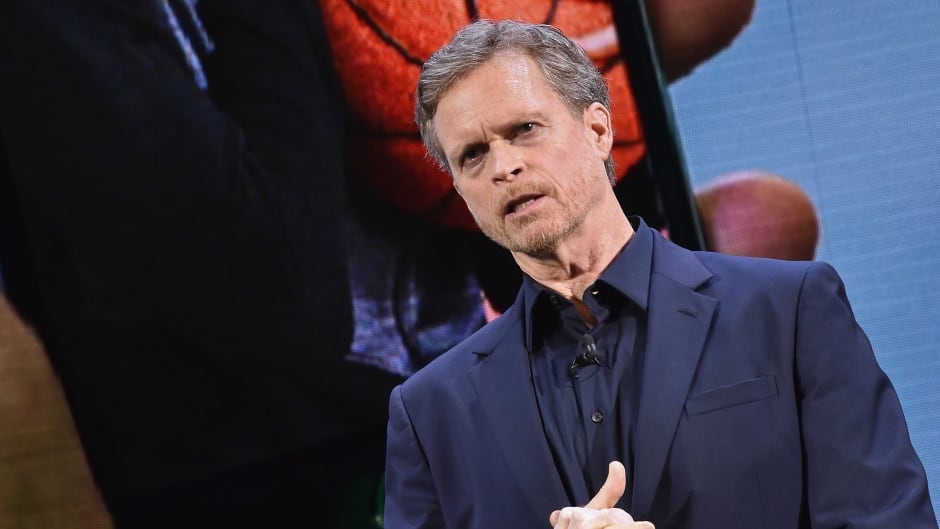 Mark Parker will step down as Nike's CEO next year after 13 years leading the footwear company, Nike announced Tuesday.

Parker, 64, has been a Nike employee since 1979, rising through the ranks and holding such positions as product designer and co-brand president. He was appointed CEO in 2006.

Parker will hand the reins to John Donahoe, a current Nike (NKE) board member and CEO of cloud computing company ServiceNow, Inc. (NOW) Parker, previously chairman of the Nike board, will become executive chairman after he steps down, which he is set to do on January 13, 2020. The company says Donahoe will help propel Nike's digital transformation, which has been a key element of Nike's business strategy in recent years.

The shock announcement comes less than two years after Nike had said Parker would remain CEO "beyond 2020."

Parker's tenure at Nike has been marred by two major scandals in the past two years. In the spring of 2018 there was an executive overhaul and multiple lawsuits over alleged gender discrimination and a "boys' club" culture at Nike. More recently, the company shut down its running club, Nike Oregon Project, after longtime coach Alberto Salazar was banned from the sport for four years for doping violations.

Parker shot down the idea that those issues were involved in his stepping down as CEO in an interview with CNBC Tuesday.

In a note to employees obtained by CNN, Parker wrote, "To be clear, I'm not going anywhere. I'm not sick. There are no issues I'm not sharing. I strongly believe the best way for us to evolve and grow as a company is to bring in a phenomenal talent to join our team who has long been part of the Nike family."

Parker's successor had been widely expected to come from inside Nike. Former brand president Trevor Edwards had long been considered Parker's heir apparent, until he resigned last spring amid the company's culture upset. Longtime Nike employee and COO Eric Sprunk had also been considered a likely candidate.

The only other outsider CEO in Nike history was William Perez, who was hired from S.C. Johnson & Son to replace Phil Knight in 2004. Perez lasted a little more than a year after clashing with Knight over how the company should be run.

"John is the right leader and a proven CEO who is no stranger to Nike. In his new role as Executive Chairman, Mark will work closely with John to build on Nike's success and seize the opportunities ahead," a Nike spokeswoman told CNN Business.

The news about Parker came the same day that Under Armour's Kevin Plank announced he would leave his post as CEO of the Nike rival.

Matt Powell, retail analyst with the NPD Group, said the news of Parker stepping down seems more "abrupt" than the Plank announcement. Plank's company has been plagued by struggling sales in the key North America market, while Nike has experienced strong financial success under Parker's leadership. 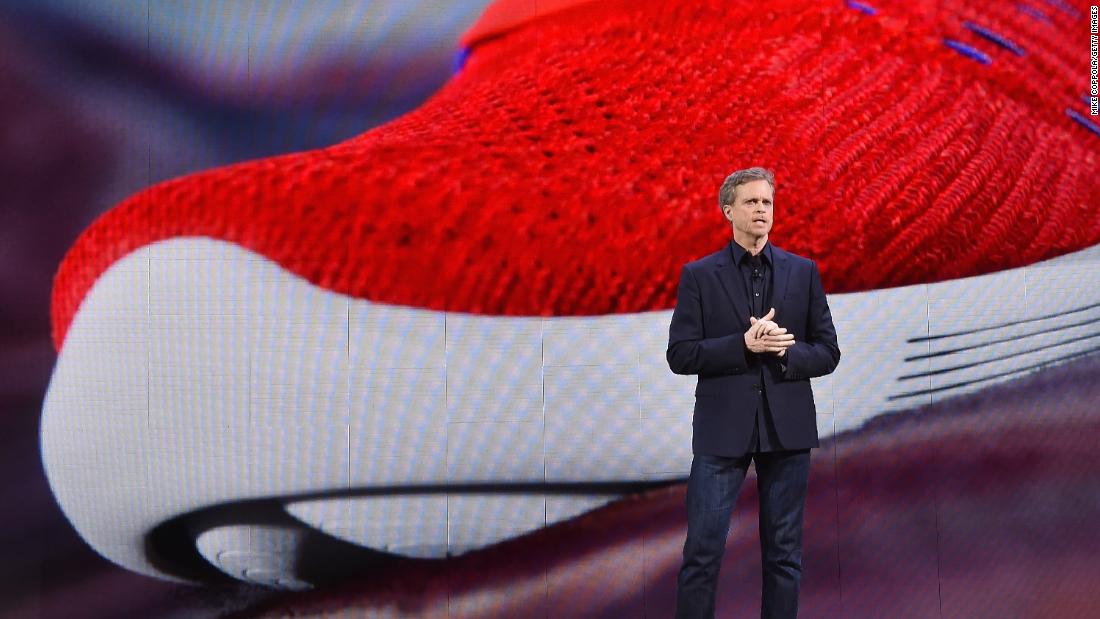 "It feels like it was a little bit more urgent and not as thoughtful and planned out," Powell said.

In his interview with CNBC, Parker said the succession plan has been in the works for months.

Tesley Advisory Group analyst Cristina Fernandez said the announcement is "a bit of a surprise" but makes sense given Parker's long run as CEO.

"Mr. Donahoe brings experience as a public-company CEO and a deep background in technology and strategy," Fernandez said in a note to investors Tuesday. "These skills should serve the company well, as Nike continues to elevate and expand its digital platforms and further integrate technology into different facets of the business."

Nike's stock was roughly flat in after-hours trading Tuesday following the announcement. ServiceNow's stock was down 9% after hours.

Even before becoming CEO, Parker had created a legacy for himself at Nike.

A self-professed "product geek," Parker is credited with the invention of Nike Air, a technology that uses an air bubble in shoe soles for cushioning and propulsion. The invention was created for running shoes, but has since been applied to many key Nike products and generated billions of dollars in sales. Prior to becoming CEO, Parker also led Nike's multibillion dollar global footwear business.

"Mark Parker has worked at Nike for 40 years, doing an exemplary job in many different positions. His years as chief executive officer have been outstanding," Knight said in a statement Wednesday.

Since becoming CEO, Parker has pushed the company to invest heavily in research and development and build up a massive patent portfolio. In 2018, Nike secured 867 patents, according to analysis by the Portland Business Journal.

More recently, Parker has led Nike's efforts to integrate digital technologies into the company. The "Consumer Direct Offense," which Parker announced two years ago, has helped Nike grow high margin direct-to-consumer and e-commerce sales, as well as subscriptions on its mobile apps. Donahoe, with his experience leading ServiceNow and fellow tech giant eBay, will likely help further that effort.

"The move to becoming more of a direct-to-consumer company and less of a wholesale company was really the hallmark of his work," NPD Group's Powell said. He added: "Nike during his tenure really did a lot of good work around sustainability, making making products that were less wasteful."

During his tenure, Parker also faced multiple incidents that raised and concerns over the culture of his company, including alleged pay discrimination against female employees and backlash over its treatment of pregnant professional athletes.

The US Anti-Doping Agency's report finding Nike coach Alberto Salazar in violation of anti-doping policies also noted that Parker was included on emails about several of Salazar's drug testing experiments. Parker said in a note to employees earlier this month the experiments were not carried out in an effort to skirt the rules, but rather to ensure athletes were not sabotaged.

On CNBC Tuesday, Parker said the change in leadership has "absolutely nothing to do with" the Salazar situation, or any other issue.

Even if it did, corporate culture expert Jim Sisco said the transition from Parker to Donahoe is unlikely to have a major effect on Nike's culture.

"Nike is a global icon, which provides protection from the numerous scandals that have occurred during Mark's tenure," said Sisco, founder of risk advisory consultancy Enodo Global.

"John's experience at eBay and PayPal illustrate that Nike's focus is on increasing profits by integrating digital marketing and other technologies into their operations. Improving their corporate culture is an afterthought, which only comes up when an incident like the Salazar crisis occurs ... John was brought in to help Nike thrive in this new environment, which shows no signs of slowing," Sisco said.