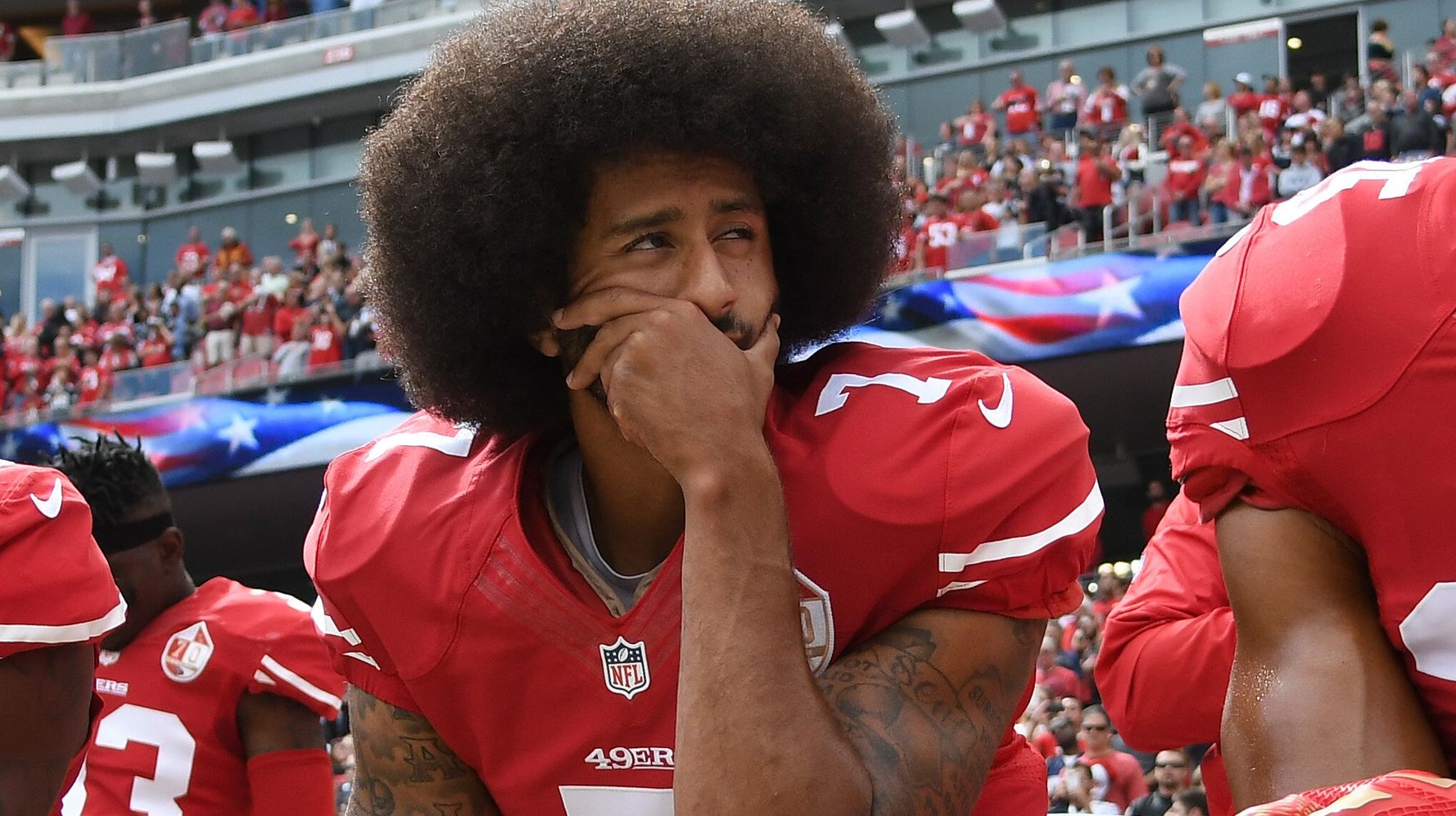 The NFL’s website has apparently removed the word “retired” as a designation for Colin Kaepernick. The league sparked a backlash after people shared screenshots of the description on Twitter.

Kaepernick’s girlfriend, radio personality and MTV host Nessa Diab, called the NFL and its leadership “cowards” for labeling Kaepernick as retired on its website in a tweet on Friday.

The former San Francisco 49ers quarterback, who began kneeling during the national anthem at NFL games in 2016 to protest racial injustice, has remained unsigned by any NFL team since he became a free agent after the 2016 season. The NFL has been widely accused of blackballing Kaepernick for his activism.

“The @NFL @nflcommish @NFLPA lying on their NFL website claiming @Kaepernick7 ‘retired,’” Diab wrote in the post, accompanied by a screenshot of the website. “Colin did NOT retire. You cowards blackballed him bc he peacefully protested against police brutality. He’s a Superbowl QB & should be playing bc his stats show that.”

The @NFL @nflcommish @NFLPA lying on their NFL website claiming @Kaepernick7 “retired.” Colin did NOT retire. You cowards blackballed him bc he peacefully protested against police brutality. He’s a Superbowl QB & should be playing bc his stats show that. https://t.co/UmyD5VhYwP pic.twitter.com/eUJ7LMmaiR

On Saturday, Diab tweeted a screenshot of the NFL website, which currently shows Kaepernick’s designation as “UFA,” or unrestricted free agent.

The radio personality thanked her Twitter followers for helping to bring attention to Kaepernick’s classification on the league’s website.

“They heard you loud & clear bc the NFL put the accurate description that @Kaepernick7 is a Unrestricted Free Agent (UFA),” Diab wrote. “Tell them to stop denying him employment.”

Thank you to everyone who held the @NFL accountable for falsely reporting that Colin “retired” on their website. They heard you loud & clear bc the NFL put the accurate description that @Kaepernick7 is a Unrestricted Free Agent (UFA). Tell them to stop denying him employment. pic.twitter.com/klK7a6qRTY

It’s unclear when the NFL updated its website to label Kaepernick as retired. The league has not publicly acknowledged the apparent recent change to UFA.

Representatives for the NFL did not immediately return a request for comment.

NFL.com listed Kaepernick as retired as part of changes made to the website amid a recent redesign, NBC’s ProFootballTalk reported.

The dust-up over the NFL website’s classification of Kaepernick follows years of controversy over his employment status with the league since his last season in 2016.

In November, the NFL offered to host an impromptu and unprecedented workout for Kaepernick at the Atlanta Falcons’ facility. But Kaepernick ended up holding a team workout at a different location, and the NFL arrangement ultimately fell through over various disagreements, including a liability waiver.

Kaepernick announced in February that he would publish a memoir. He told USA Today at the time that his “desire to play football is still there.”

“I still train five days a week,” Kaepernick said. “I’m ready to go. I’m ready for a phone call, tryout, workout at any point in time. I’m still waiting on the owners and their partners to stop running from this situation. So I hope I get a call this off-season. I’ll be looking forward to it.”