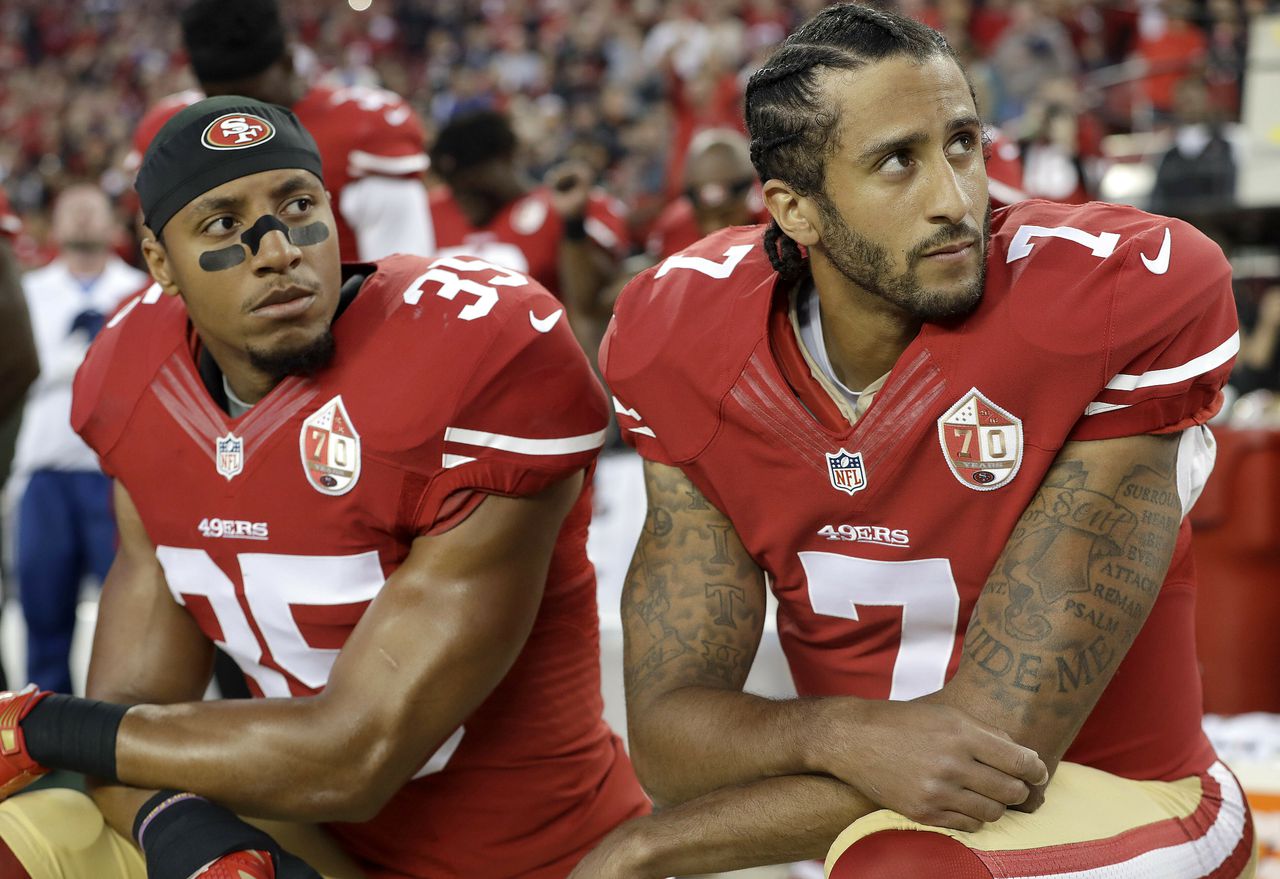 NFL clubs were informed Tuesday that a private workout will be held for free-agent quarterback Colin Kaepernick on Saturday in Atlanta, according to a copy of a memo obtained by ESPN.

The session will include on-field work and an interview. All teams are invited to attend, and video of both the workout and the interview will be made available to them.

Several clubs have inquired about Kaepernick's current football readiness, and sources told ESPN's Dan Graziano that the workout was also set up in response to a statement by Kaepernick's representatives sent Oct. 10 saying they had received "little to no response" from all 32 NFL teams. Kaepernick has been out of the NFL since 2016, the year he began protesting police brutality and racial injustice by kneeling during the pregame national anthem.

In the memo, the league said: "Earlier this year, we discussed some possible steps with his representatives and they recently emphasized his level of preparation and that he is ready to work out for clubs and be interviewed by them. We have therefore arranged this opportunity for him to work out, and for all clubs to have the opportunity to evaluate his current readiness and level of interest in resuming his NFL career."

I’m just getting word from my representatives that the NFL league office reached out to them about a workout in Atlanta on Saturday. I’ve been in shape and ready for this for 3 years, can’t wait to see the head coaches and GMs on Saturday.

As Kaepernick suggested in the tweet, the proposed workout on Saturday came as a surprise to the quarterback and his representatives.

Sources told ESPN that Kaepernick and his reps weren't alerted until 10 a.m. Tuesday. When notified, the quarterback's reps asked for the workout to be on a Tuesday, which typically is when all NFL workouts take place, since head coaches and general managers can more easily attend. On Saturday, almost half of the NFL teams will be traveling to games, and most of the rest of the coaches and players will be heading to their team hotels to prepare for their games the next day.

But the NFL said the workout had to be on a Saturday, sources told ESPN. When the league was asked if it could be on the following Saturday -- by making it this Saturday, the 32 teams only have about three days to make a decision on whether to attend and who to send -- the NFL said no and didn't provide a reason why.

Sources also told Graziano that Kaepernick's side had to make a decision before a 4 p.m. ET personnel notice would be sent to teams.

Because of the shroud of mystery around the workout and because none of the 32 NFL teams had been informed prior to Tuesday, Kaepernick's representatives began to question the legitimacy of the workout and process and whether it was just a PR stunt by the league, sources told ESPN. The NFL league office was told that because GMs and head coaches make personnel decisions, especially as important as the quarterback position is, that they wanted to see a list of personnel executives and coaches who would be attending the workout.

As it stands now, the ball is in the NFL's court to submit the list of personnel executives and coaches who will attend on Saturday.

One source from an NFC team told ESPN's Josina Anderson that the team will review whether to attend the Kaepernick workout on Wednesday morning. "We have nothing to lose by attending Kaepernick's workout, but I still think for us it would just be an information-gathering trip," the source said. Another source told Anderson that there is interest in the Dallas Cowboys organization to send at least one representative to the workout.

Sources told Graziano that the workout will be held at the Falcons' team facility and will be administered by president of National Football Scouting Jeff Foster, whose responsibilities include deciding which prospects are selected for the combine and administering the combine.

The workout, which will be closed to the media, will be conducted by former NFL coaches, though the exact names have not been finalized.

Kaepernick, who turned 32 on Nov. 3, opted out of his contract with the San Francisco 49ers in March 2017, following the season in which he first began the protests.

Within the past two years, Kaepernick and former Niners teammate Eric Reid filed grievances against the league through the NFL Players Association, alleging collusion among team owners to deny jobs to both players. In February, it was announced that both players had reached a settlement with the NFL. Terms were not disclosed.

Reid, a safety, is in his second season with the Carolina Panthers.

Last month, Kaepernick's representatives said he has been "working out five days a week, for three years, in preparation to play again" but that the opportunity hasn't presented itself.