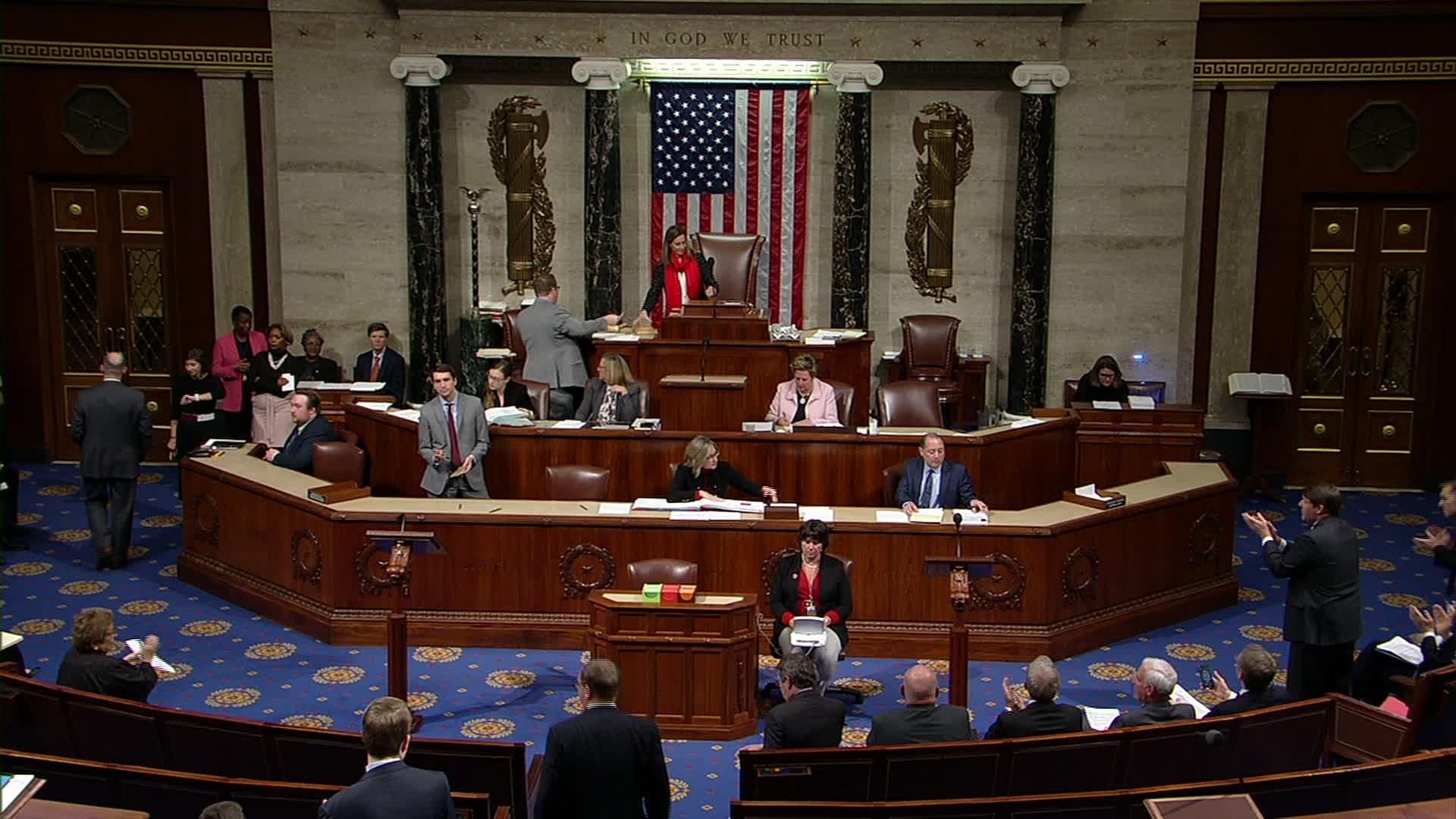 A massive coronavirus stimulus plan that the Senate and White House agreed to in the early hours of Wednesday morning would bar any companies owned or controlled by President Donald Trump, the president's children, Vice President Mike Pence, or members of Congress from receiving any taxpayer bailout money, according to a summary of the legislation circulated by Senate Minority Leader Chuck Schumer.

The sprawling $2 trillion bill, which has not yet been released in full, would "prohibit businesses controlled by the president, vice president, members of Congress, and heads of executive departments from receiving loans or investments from Treasury programs," Schumer's summary states.

"The children, spouses, and in-laws of the aforementioned principals are also included in this prohibition," the document adds.

Trump in recent days has voiced his desire for the hotel industry to be among the corporate beneficiaries of any congressional stimulus legislation and—after being pressed repeatedly by reporters—has refused to vow that his own companies would not receive money from any taxpayer bailout programs.

The president also asserted that he will personally oversee the corporate bailout funds. "We're going to make good deals," Trump said during a press briefing on Monday.

"Several Trump-branded properties have been affected by the virus-induced demand crash, as well as state and local restrictions on going out in public," Bloomberg reported Wednesday morning.

After doing some whataboutism about Obama and H1N1, Trump claims "I think we're doing an incredible job. All you have to do is look at the approval numbers." pic.twitter.com/zfTaQHLiDS

Senate Democrats earlier this week stopped the GOP's efforts to advance an earlier version of the stimulus bill in an effort to extract concessions from the White House and Senate Republicans, who Democrats accused of attempting to force through a corporate "slush fund" with little regard for workers.

In negotiations with Senate Republicans and Trump administration officials, Democrats reportedly won inclusion of a significant boost in unemployment benefits (which would also be extended to gig workers), more money for hospitals, and independent oversight of a $500 billion corporate loan fund that the legislation would establish.

As the heated talks over the stimulus bill progressed Tuesday, progressive lawmakers expressed concerns about the enormous legislative package, which could hit the Senate floor for a vote as soon as Wednesday afternoon.

"The developments of this Senate relief bill are concerning," Rep. Alexandria Ocasio-Cortez (D-N.Y.) tweeted Tuesday afternoon, before the Senate agreement was finalized. "We are hearing lots of vague statements, but not a single member of Congress has seen actual bill text. It seems to give a *HALF TRILLION DOLLARS* away to big corporations, with few worker protections. Half a trillion."

With the House out of session and lawmakers wary of returning to Capitol Hill amid the coronavirus outbreak, House Speaker Nancy Pelosi (D-Calif.) is expected to attempt to pass the Senate bill by unanimous consent, which requires the agreement of every member.

"If unanimous consent is not possible," the Washington Post reported, "aides of both parties said the most likely scenario would be a day-long vote where members would be encouraged to spread out their trips to the floor and not congregate as the vote is taken."