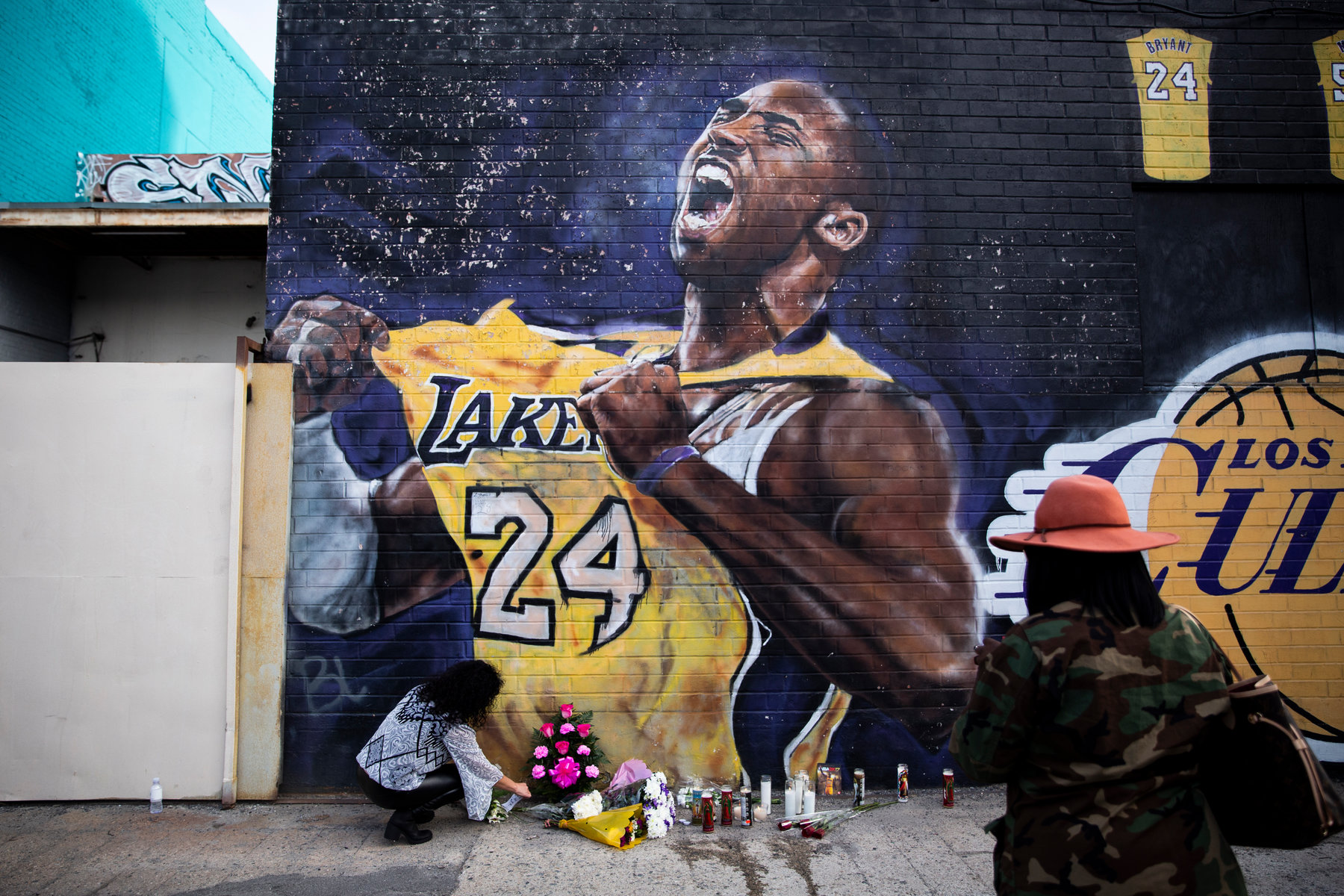 New murals of Kobe and Gianna Bryant have popped up just days after their deaths in a helicopter crash in Calabasas.

Laker and basketball fans continue to mourn the superstar basketball player, who died Sunday with his 13-year-old daughter and seven others in a fiery crash in the hillsides of Calabasas. While most mourners have gone to Staples Center, where officials have set up memorial boards for fans to sign, existing murals at the Shoe Palace on Melrose in the Fairfax District and in a downtown LA alley have become makeshift memorials. But in the 72 hours since news of the untimely deaths broke, more murals of Bryant and his daughter, a rising basketball star in her own right, have popped up. One mural by artists Muck Rock and Mr79Its shows Bryant cheek to cheek with his grinning daughter, alongside “Kobe & Gigi Forever Daddy’s Girl” on white banners. Purple and gold balloons, flowers and candles have already been laid beneath it. 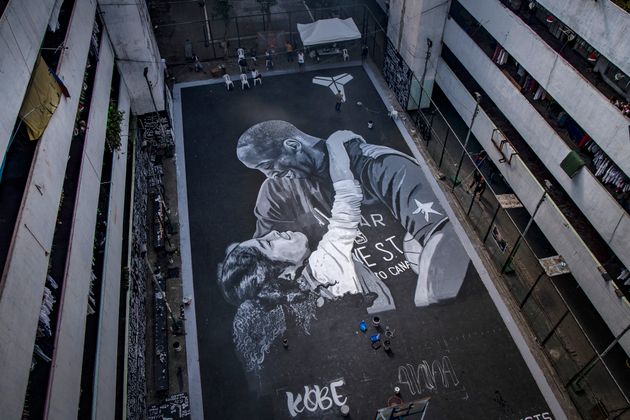 A giant mural of former NBA star Kobe Bryant and his daughter Gianna, painted hours after their death, is seen at a basketball court in a slum area on January 28, 2020 in Taguig, Metro Manila, Philippines. Bryant, who is hugely popular in basketball-obsessed Philippines, perished in a helicopter crash on January 26, 2020 in Calabasas, California. He died together with his 13-year-old daughter Gianna and seven others. (Photo by Ezra Acayan/Getty Images)

In Studio City, artist ArToon is putting the finishing touches on another new mural of Bryant and his daughter on the wall of VEM Exotic Car Rentals on Ventura Boulevard. He says he began working on it as soon as he heard the news.

“I stayed there until 5 in the morning last night, I just went home, slept for two hours and came back,” he said. “Even though I’m running on fumes it’s just – I want to do this.”

Los Angeles artists aren’t the only ones honoring Bryant and his daughter, who was nicknamed “Mambacita” by her parents. 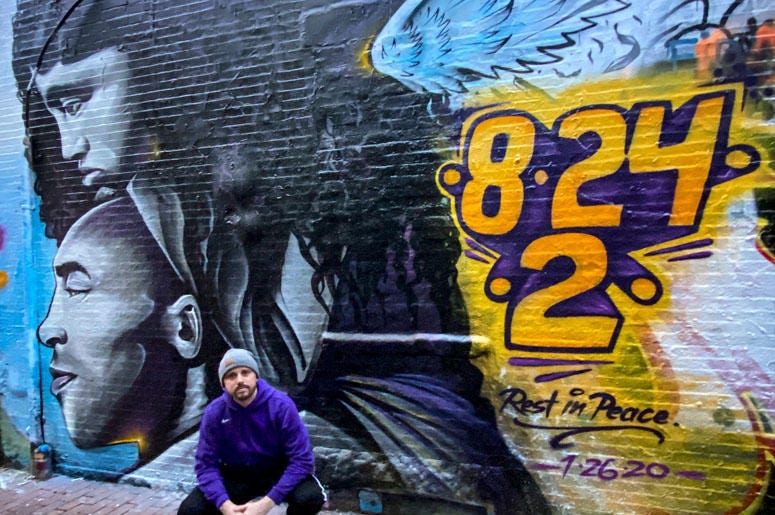 Another giant mural of the pair embracing and smiling at each other was painted on a Manila basketball court in the Philippines.

It’s not the only mural in Manila that has cropped up in the wake of their deaths – another has drawn hundreds of heartfelt messages, alongside the drawings of the basketball star and his daughter.