Naomi Osaka has decided that she will take to the court to compete in her semi-final at the Western & Southern Open on Friday after she joined the widespread boycott by stars from various American sports. The 2018 US Open champion’s match against Elise Mertens was scheduled to be played on Thursday until Osaka joined strikes by players from the NBA, WNBA, MLS following the shooting of Jacob Blake by police in Kenosha.

The tournament later responded to Osaka’s announcement with a significant concession by “pausing tournament play” and rescheduling all of its matches, including the men’s and women’s semi-finals, for Friday. Caught up in the shuffle was the men’s world No 1, Novak Djokovic, who was due to face Roberto Bautista Agut in the semi-finals.

After Osaka informed the WTA of her imminent announcement, she and her team had numerous meetings which included the WTA chief executive officer, Steve Simon, and the interim Western & Southern Open CEO, Wayne Richmond, and even the ATP. They spoke about the possibility of her returning to compete on Friday. Despite remaining more than happy to not compete, she deemed the concessions from the tournament sufficient and she decided that her presence would allow her to further underline her statement on Wednesday.

“As you know, I pulled out of the tournament yesterday in support of racial injustice and continued police violence. I was (and am) ready and prepared to concede the match to my opponent,” Osaka said in a statement to the Guardian.

“However, after my announcement and lengthy consultation with the WTA and USTA, I have agreed at their request to play on Friday. They offered to postpone all matches until Friday and in my mind that brings more attention to the movement. I want to thank the WTA and the tournament for their support.”

The past six months of Osaka’s life have been building steadily to this. She spent much of her time away from tennis exploring her life beyond the court. She flew to Minneapolis and protested in pursuit of justice for George Floyd. She later wrote an op-ed in Esquire, affirming her commitment to fight racism and support the movement to defund the police. She had started off the tour suspension by vowing to shed her shyness, yet she returned to the sport having found her voice in ways she could have never imagined. 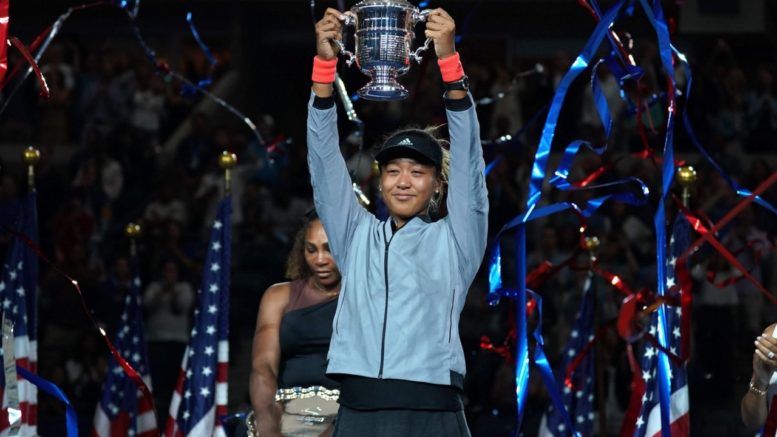 However, on Wednesday, like the Milwaukee Bucks, the WNBA activists and those involved in the extraordinary cascade of cancellations that followed, Osaka came to the conclusion that words were not enough. Osaka’s decision was particularly impressive because it was a singular choice: in an individual sport such as tennis, the top players are alone on their own island. There are no teammates to collectively debate each decision, the people who support her are technically her employees and she is in sole control of her own destiny. That in isolation seems overwhelming.

It was also a rare example of actionable activism from a tennis player, and numerous players have since publicly backed her. The former world No 3 Milos Raonic, who had been in the midst of a gruelling three-set win against Filip Krajinovic during Osaka’s announcement, had to be talked through the events during his post-match press conference. Without a moment of hesitation, he supported her.

“I think having a sign somewhere of support, banners at a tournament or wearing a shirt in a warmup in a NBA game, it can only do so much,” he said. “I think real disruption and, you know, I think that’s what makes change. I think a lot of real disruption is caused by affecting people in a monetary way, and that can force some kind of change.” 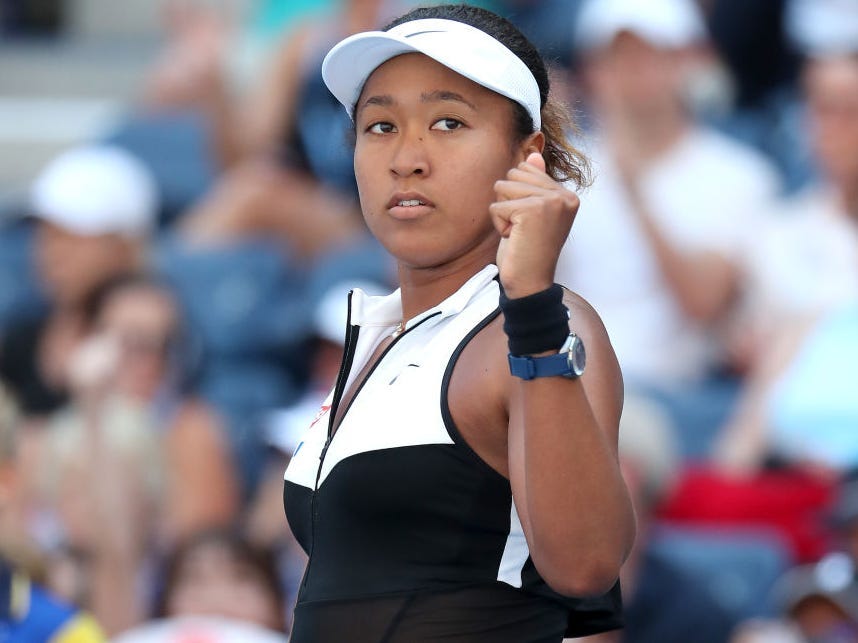 Earlier in the week, as Osaka returned to competition for the first time in six months and narrated her time away, she was asked how it feels to be named the highest-earning female athlete of all time. She pointed out that her goal had only ever been to earn enough for her family. Then she shrugged: “It’s a bit weird, because I feel like people are looking at me differently now. I don’t know. I mean, I’m weird, right? It’s kind of a fact. So people were always looking at me differently. But now people are just kind of looking, looking. It’s a different vibe.”

Though she was aware of the eyes on her, Osaka still wasn’t quite aware of the power she wields until Wednesday. As she registered her refusal to take to the court on social media, in her statement she noted her uncertainty about the effect it would actually have: “I don’t expect anything drastic to happen with me not playing, but if I can get a conversation started in a majority white sport I consider that a step in the right direction.”

The response was more than a conversation and now she is reacting again. Had Osaka decided not to compete, there is the feeling the tournament would have eventually moved on as tennis always does, just one fewer match on the order of play. But people were already watching Osaka closely, and on Friday when she returns to the court, even more will.