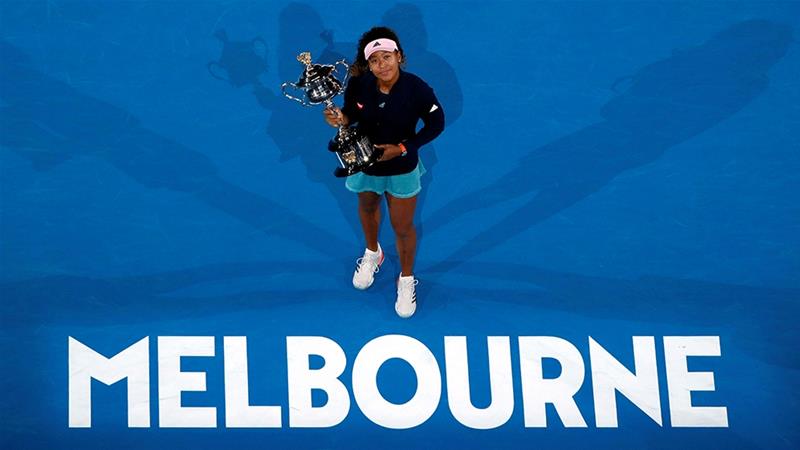 Naomi Osaka dropped to her haunches, hid her face from the view, and tried to breathe in her accomplishment.

The 21-year-old Japanese-Haitian had just won the Australia Open, beating a former world number one and two-time Wimbledon champion Petra Kvitova. The win in Melbourne was her second Grand Slam after beating Serena Williams in the US Open final a few months ago.

A year ago, Osaka was 72nd in the world rankings. On Monday, she will be the new queen of tennis, rising to the number one slot and becoming the youngest top-ranked female player since 2010.

On the court, there was no shrieking, no jumping for joy and no gasping after she won the championship point. From the baseline, she ran to the net, bowed to Kvitova before the hugs and handshakes, bowed to the crowd before walking to her chair to put her rackets away.

A few minutes later, Naomi opened her acceptance speech with "um, hello", followed by a lot of thank yous - for her opponent, the crowd, the tournament officials and her team.

Born in Japan to a Haitian father and a Japanese mother, Naomi has been living in the United States since the age of three. Her maternal grandparents initially did not approveof her parents' relationship and later Naomi and her sister's involvement in tennis.

But her father, inspired by watching the Williams sisters, trained them at an early age. Eventually, her parents decided Naomi would represent Japan.

On Saturday, many in Japan voiced their pride in her after her late-night accomplishment.

Around 30 children and parents at a tennis school in Osaka city, where Naomi used to play, watched the match on TV, reported NHK web news.

Naomi was also on the front page of all four major newspapers in Japan. A TBS show ranked Naomi's feat throughout the tournament as top news, illustrating how her accomplishment is being lauded by most in the country.

Naomi has the dual US and Japanese citizenship. But her failure to speak fluent Japanese meant certain segments of the Japanese society do not accept her as Japanese.

A few people on the streets also felt hesitant about Naomi calling herself Japanese.

A 60-year-old man questioned by Al Jazeera said while Naomi's feat was massive, he would "rather if a player who is completely Japanese wins a tournament".

However, according to Shihoko Goto, senior Northeast Asia Associate at the Wilson Center's Asia Program, Naomi has been "embraced by the Japanese as one of theirs".

"She has certainly lifted the visibility and acceptance of mixed-race Japanese," Goto told Al Jazeera.

"What's also interesting about her is that she has lived mostly outside Japan and speaks very little Japanese. She is challenging the definition of what it means to be Japanese in terms of race as well as cultural identity.

"She is a spearhead for discussions about who and what makes someone Japanese." Responding to interview questions, Naomi talks about food and where she wants to visit in Japan, and birthday wishes for her grandfather.

Her demeanour on and off the court has made her popular even among people who are not tennis fans. But away from her shy and reserved image, her interviews also reveal how committed she is to her long journey ahead despite becoming world number one.

"I had dreams that I would win this tournament, you know. Every time I have a dream, somehow I accomplish it. This tournament was very eye-opening for me. I had a lot of matches that were very tough and I was behind in some of them. I think it showed me that I could win matches from behind, just on willpower alone."