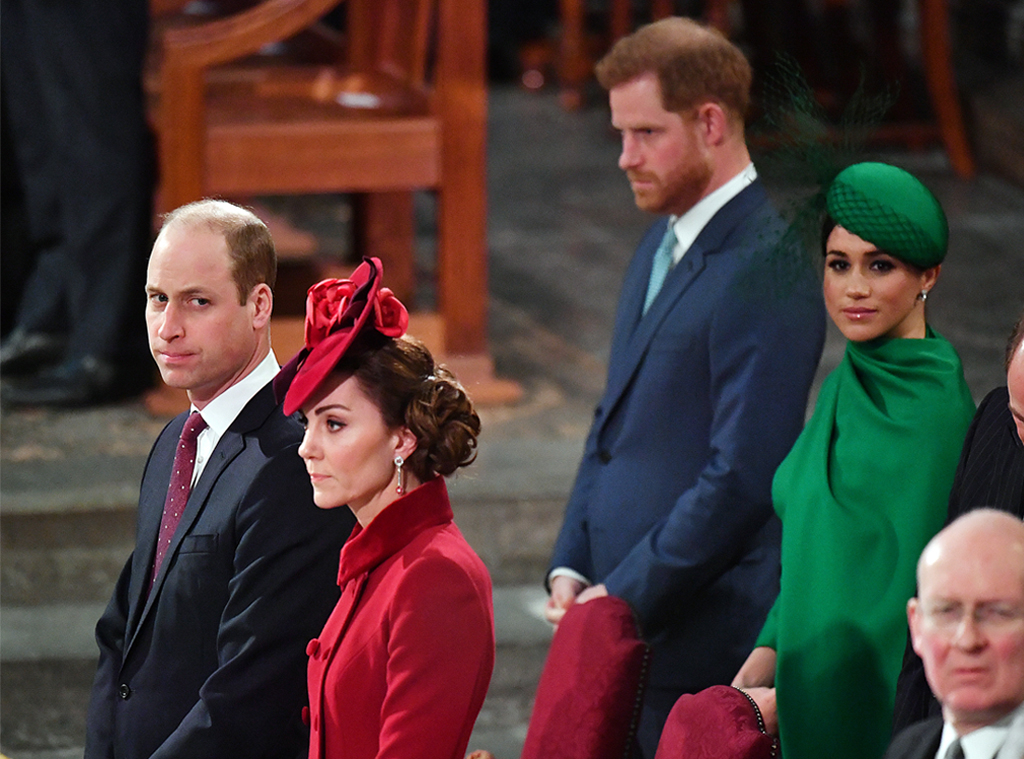 Another day, another round of Meghan Markle trash talk from someone claiming to be a royals watcher.

As Prince Harry and Meghan prepare to step back from their royal duties this month, commentator Victoria Mather, appearing on “MSNBC Live” on Saturday, called the Duchess of Sussex “five clicks up from trailer trash” ― claiming to speak on behalf of the British public.

“I think what has really, really upset the British public is that Meghan Markle, who many people consider as only, you know, five clicks up from trailer trash, has actually tried to disrespect the queen,” Mather said during the interview.

“I do hear that she gave Kate a knife for Christmas,” Mather added, claiming Meghan “didn’t want to be second best” to Kate Middleton.

MSNBC anchor Lindsey Reiser cut off the interview after the “trailer trash” comment and made sure to mention that the network hadn’t confirmed the knife report Mather mentioned.

@LindseyReiser Did you say @msnbc has not or has now confirmed Meagan Markle gave Kate Middleton a knife? Also, how many clicks up from trailer trash is the royal family? I just want to make sure I have the proper frame of reference to know how deep Victoria Mather’s insult cut. pic.twitter.com/Uk4xGxVMKO

A network source told HuffPost on Monday that MSNBC has no plans to book Mather again.

As noted by BuzzFeed News, which first reported on the trailer trash comment, Mather identified herself as travel editor of Vanity Fair on her Twitter bio and didn’t correct Reiser when the host identified her a “royals watcher” for the magazine.

A Vanity Fair representative told HuffPost on Monday that Mather “was removed from the masthead in 2018 and has not written for Vanity Fair since. She was misidentified on-air as a VF staffer when in fact she has no affiliation with the magazine.” Mather, the rep continued, “has since updated her LinkedIn and Twitter bios to reflect her current role as Chief Travel Correspondent at Air Mail,” a weekly email newsletter.

MSNBC’s Reiser on Sunday corrected Mather’s title on-air, saying, “Yesterday on this hour, we identified Victoria Mather as a ‘Vanity Fair royal watcher.’ To clarify, she has not worked at Vanity Fair since 2018.”

An Air Mail spokesperson told HuffPost that Mather “has contributed to Air Mail but is not a full-time employee. She certainly does not speak to the company nor do I think she intended to speak for the company.”

Meghan, a former actor in the “Suits” TV series, has often been the subject of unfair, racist and sexist commentary and media coverage since she met Harry and came under the royal spotlight. 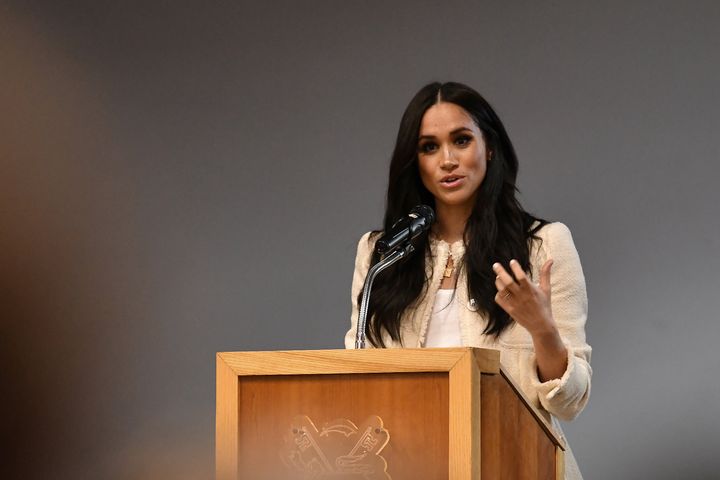 When the couple were first linked in 2016, The Daily Mail noted twice in one article that Meghan is not blonde, and described her mother as “complete with dreadlocks and a nose stud.” Rachel Johnson, sister of British Prime Minister Boris Johnson, wrote a column shortly after that proclaiming that Markle had “exotic DNA.”

Kensington Palace later issued a statement on behalf of Harry slamming the racist and sexist treatment of his then-girlfriend.

The slanted media takes haven’t slackened over the years, and many have praised the Duke and Duchess of Sussex for their decision to step away from the British monarchy at the end of the month, when they hope to gain more freedom from the scolding of royals watchers.