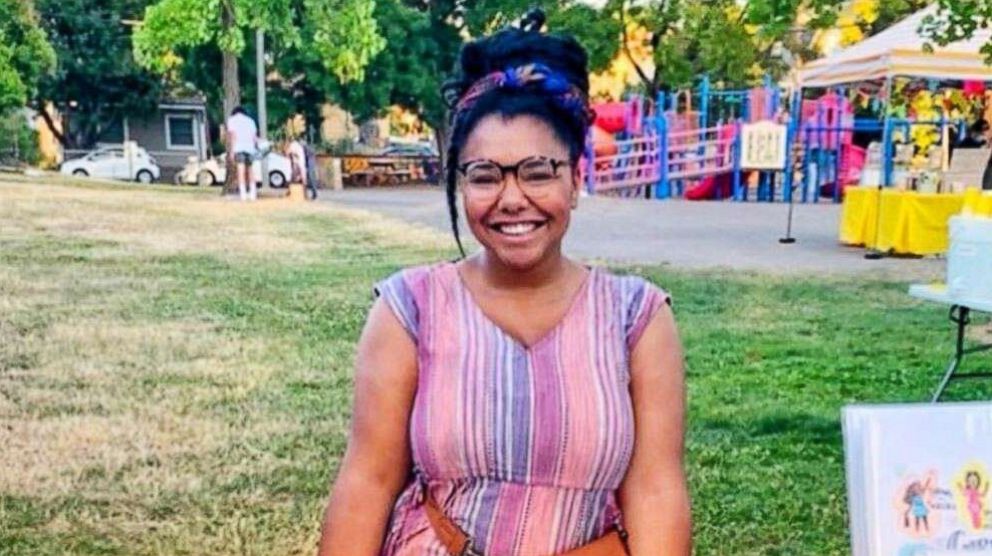 As topics of systemic racism, allyship and privilege continue to dominate the national conversation, many parents are struggling to figure out how to talk about these heavy subject matters with their children.

One Portland, Oregon, mom and illustrator wants to make broaching the conversations a tiny bit easier through her artwork.

“These last few months, many moms and teachers I’ve talked to have said they’re just trying to be honest without being terrifying,” said Taimani Reed, who has two young sons, Zachary, 3, and Auryn, 1.

To help kick-start those talks, Reed recently launched “A is for Ally,” an art series for kids that teaches the ABCs of tolerance and racial oppression.

The main poster in the series highlights topics including colonization and white fragility but also more positive concepts, like what it means to be inclusive and a good ally.

One of the most common questions in my inbox is, how do I talk to my kids about race? How do I talk to them about what’s going on without scaring them? I’ve gone through the emotions of this same process myself with my own boys & that’s why it was so important to me to create a resource for parents talking to kids about big things like race & activism & allyship. Snag the entire collection now & you’ll be first to know when our A is for Ally decks & books are available for order 💜❤️💙🖤 #happyjuneteenth #blacklivesmatterart #blacklivesmatter

A post shared by Taimani | Creative Intuitive (@taimaniemeraldcreative) on Jun 19, 2020 at 6:32pm PDT

“The best way to stop the cycle of privilege and ignorance [in our country] is to educate our kids about allyship, antiracism, oppression and activism sooner rather than later,” Reed told HuffPost.

Parents have an obligation to protect their children’s innocence, the artist said, but age-appropriate conversations about race need to happen, too. Still, it can be a struggle to know “what information to share with our kids, when to share it and how to share it effectively and clearly while still leaving room for hope.”

Reed had to strike that delicate balance in late May, during a sobering conversation with one of her sons after George Floyd’s death at the hands of law enforcement. The boy saw his mom crying and didn’t know what was going on.

“In the video, George Floyd was yelling ‘Mama’ and I remember my son was asking: ‘Mama what’s wrong? Mama why are you crying?’” Reed said, “As an artist, I knew I could tell him the sad truths of this world while creating something soft and inspiring as a message of hope. That’s what ‘A is for Ally’ is all about.”

AH! YOU GUYS! Thank you so much to everyone who came out today. As always, the speakers were amazing & all to the beautiful people who came by my table today: You Light Up My World. I got to see some friends, feel love by my community & heard my 3 year old yell: BLACK LIVES MATTER & I couldn’t be a more proud mama. Thank y’all for everything & I’ll see you next week!!

A post shared by Taimani | Creative Intuitive (@taimaniemeraldcreative) on Aug 18, 2020 at 9:29pm PDT

Some of the issues laid out in Reed’s poster ― privilege, for instance ― are more complex than others. But experts say you can’t talk about issues of race in America without discussing how privilege creates an unfair system that benefits some at the expense of others.

“It is very important that parents talk to their kids about privilege, including white privilege, because this is one of the ways that systemic racism is maintained in this country,” Gabriela Livas Stein, an associate professor of psychology at the University of North Carolina at Greensboro, told HuffPost recently.“When people don’t understand or acknowledge that their success is not just a result of hard work but also due to unearned advantages, they then make assumptions about the reasons why others have failed ― like they did not work hard enough or did not try to get out of poverty,” Livas Stein said.Reed’s series also features a poster that says “D is for Diversity” at the top. Another illustrates a motto for classrooms (or in these social-distanced times, a teacher’s wall during a Zoom class): “A is for ally. Black lives matter. Love is love. Diversity is beauty. Humans will not be caged. Everyone is equal,” it starts. 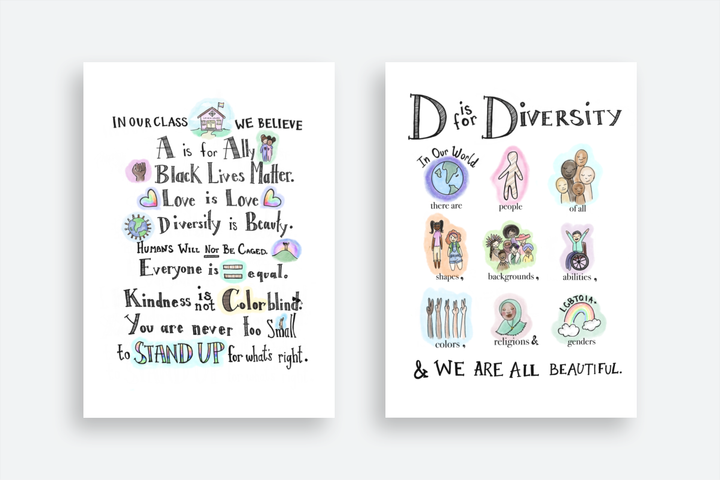 Reed said she’s sold over 1,000 posters since releasing the series more than two months ago on her website, Emerald Creative.

“The posters seem popular among teachers,” she said. “Just yesterday, I dropped off 400 posters that will be going into backpacks for low-income preschoolers in one community.”

“I love seeing so many teachers using my art to spread positive representation and antiracist education across the school system in this moment,” she said.