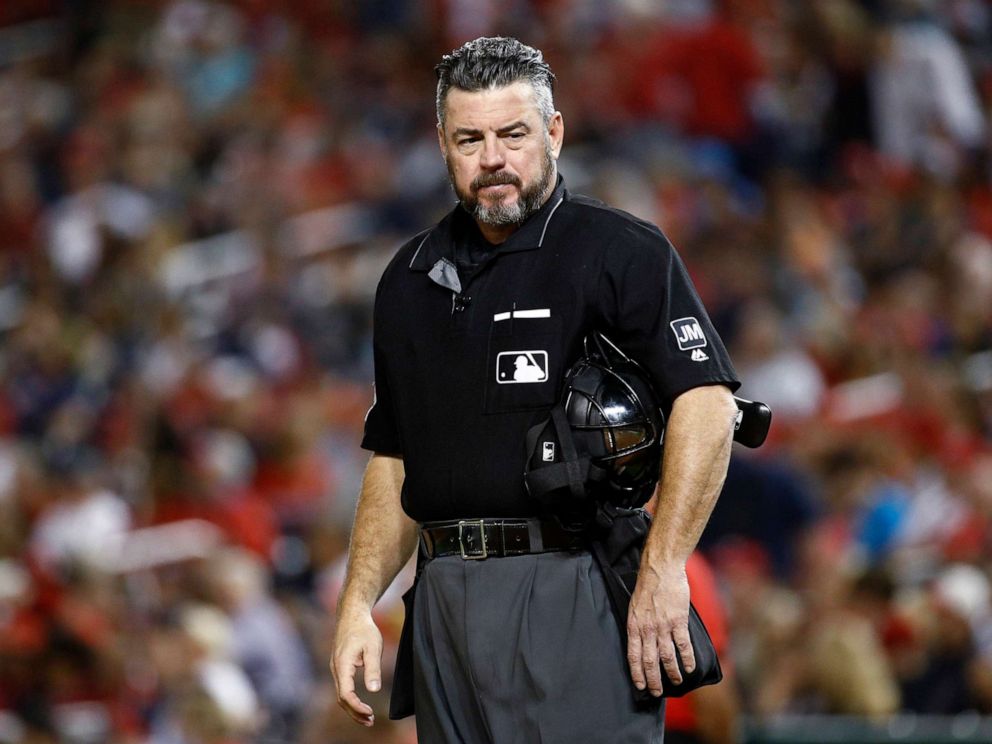 Drake tweeted late Tuesday that he planned to buy an AR-15 rifle "because if you impeach MY PRESIDENT this way, YOU WILL HAVE ANOTHER CIVAL WAR!!! #MAGA2020," according to a copy of the tweet obtained by ESPN.

The tweet, which was deleted soon after it was posted, followed one earlier in the night regarding the House of Representatives' impeachment proceedings with President Donald Trump.

The other tweet read: "You can't do an impeachment inquiry from the basement of Capital Hill without even a vote! What is going on in this country?"

Major league umpire Rob Drake tweeted “I will be buying an AR-15 tomorrow, because if you impeach MY PRESIDENT this way, YOU WILL HAVE ANOTHER CIVAL WAR!!! #MAGA2020”, according to a copy of the tweet obtained by ESPN. MLB says it is aware of it. News: https://t.co/Qf7VMAXEoJ

Drake deactivated his account Wednesday. He did not return phone and text messages.

In a statement Wednesday night, the Major League Baseball Umpires Association said Drake chose the "wrong way" to express himself while showing support for all umpires.

"Rob is a passionate individual and an outstanding umpire. He chose the wrong way to convey his opinion about our great country," the umpires' association said. "His posting does not represent the view of the MLBUA or reflect those of the umpires we represent.

"The MLBUA supports all of the umpires who ensure fair play in the greatest game on earth. We are a group of individuals with diverse opinions and beliefs, united in our desire to continue our excellence officiating MLB games."