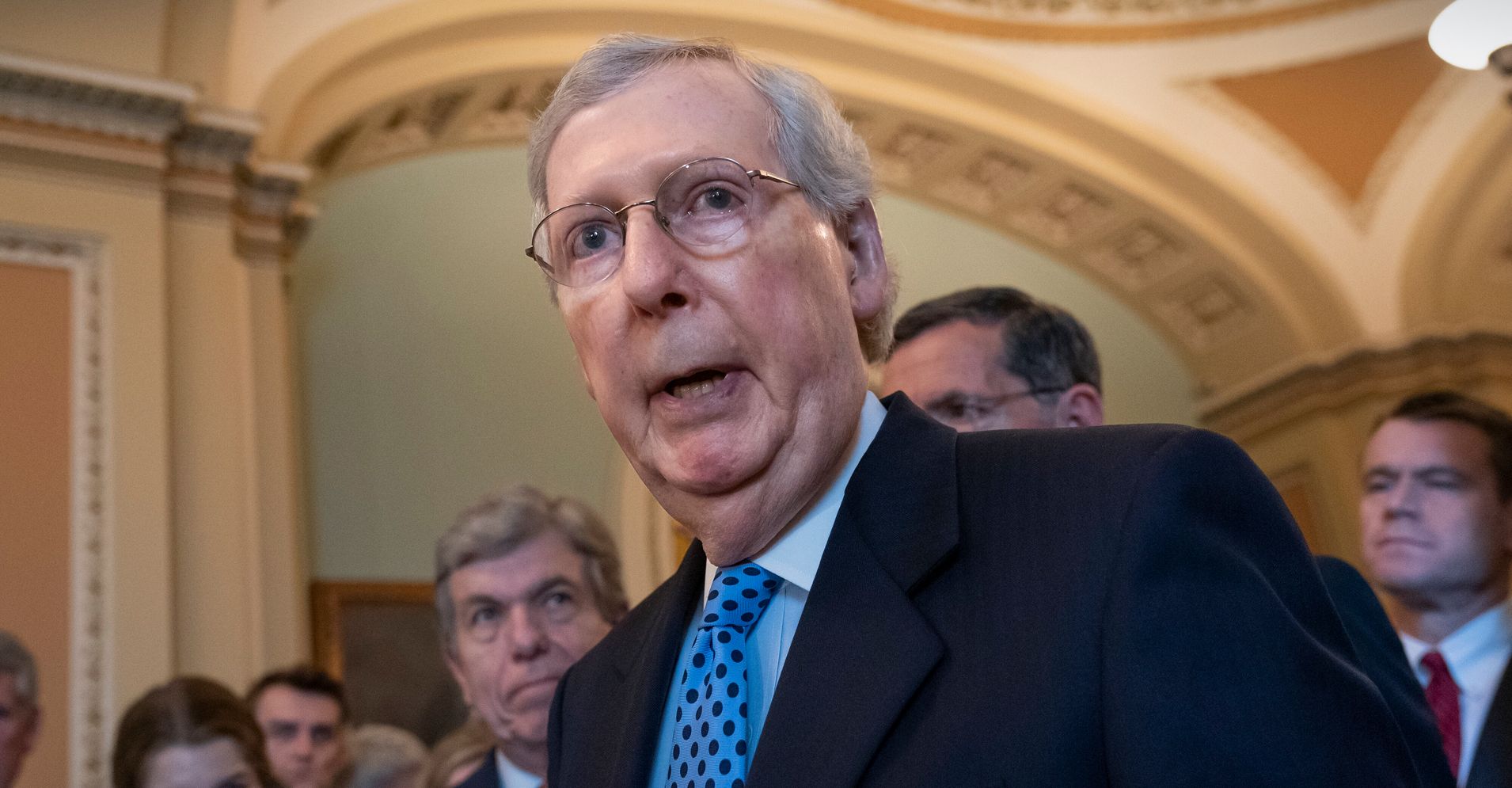 “I don’t think reparations for something that happened 150 years ago for whom none of us currently living are responsible is a good idea,” McConnell told reporters at a press conference.

The senator then listed the ways in which he felt America’s slave-holding past has been addressed already.

“We’ve tried to deal with our original sin of slavery by fighting a civil war, by passing landmark civil rights legislation. We’ve elected an African American president,” he said. “I think we’re always a work in progress in this country, but no one currently alive was responsible for that, and I don’t think we should be trying to figure out how to compensate for it.”

McConnell: "I don't think reparations for something that happened 150 yrs ago for whom none of us currently living are responsible is a good idea. We've tried to deal with our original sin of slavery by fighting a civil war ...We've elected an African American president."
Via ABC pic.twitter.com/yGQLpeyHGz

On Wednesday, the House Judiciary Subcommittee on the Constitution, Civil Rights and Civil Liberties is slated to hold a hearing on reparations featuring testimonies from actor Danny Glover and author Ta-Nehisi Coates, who thrust the matter back into the national dialogue with his 2014 Atlantic essay “The Case for Reparations.”

The hearing will fall on Juneteenth, the American holiday commemorating the emancipation of slaves. It is expected to cover HR 40, a bill sponsored by Rep. Sheila Jackson Lee (D-Texas) to establish a commission to study reparations and develop relevant proposals.

However, in his Tuesday remarks, McConnell argued it would “be pretty hard to figure out who to compensate.”

“We’ve had waves of immigrants as well who’ve come to the country and experienced dramatic discrimination in one kind or another, so no, I don’t think reparations are a good idea,” he said.

According to the committee, Wednesday’s hearing will “examine, through open and constructive discourse, the legacy of the Trans-Atlantic Slave Trade, its continuing impact on the community and the path to restorative justice.”

Reparations have become a hot topic among 2020 Democratic presidential hopefuls, many of whom have been pressed on whether they’d support the idea. So far, candidates including former Texas Rep. Beto O’Rourke, South Bend, Indiana, Mayor Pete Buttigieg, and Sens. Cory Booker (N.J.), Kirsten Gillibrand (N.Y.), Kamala Harris (Calif.), Amy Klobuchar (Minn.), Bernie Sanders (Vt.) and Elizabeth Warren (Mass.) have expressed support for either implementing reparations of some kind or at least considering them.