Minneapolis Braces for Opening Arguments in Derek Chauvin's Trial: Here's what to know 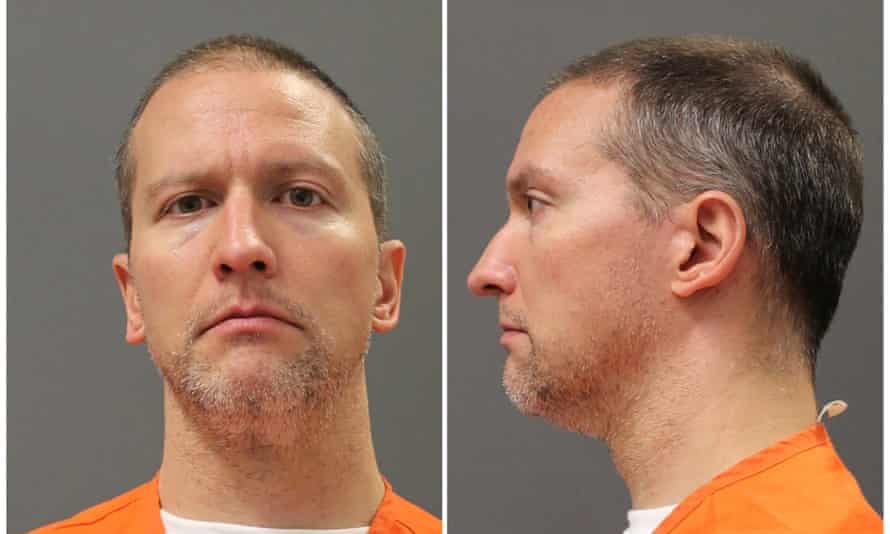 Opening statements in the high-profile trial of Derek Chauvin, the former Minneapolis police officer who knelt on George Floyd’s neck as he lay dying in May 2020, are set to begin at 9 a.m. local time Monday.

Chauvin, 45, is charged with second- and third-degree murder as well as manslaughter in Floyd’s death. He has pleaded not guilty on all counts.

Video recorded on a bystander’s cellphone and viewed millions of times across the world showed Floyd, a 46-year-old Black man, crying out for help as Chauvin, who is white, and two other police officers pinned him to the ground.

Floyd’s killing sparked months of nationwide protests against police brutality and racism and led to a worldwide reckoning against racial injustice.

Here’s what else you need to know as Chauvin’s trial unfolds:

On May 25, 2020, the Monday of Memorial Day weekend, two Minneapolis police officers ― Alexander Kueng and Thomas Lane ― responded to a call shortly after 8 p.m. about a man trying to use a counterfeit $20 bill at a corner market, according to a criminal complaint filed by the state of Minnesota.

The suspect, Floyd, was sitting in a parked car near the store with two other passengers when Kueng and Lane arrived, the complaint stated. After Lane began speaking to Floyd, the officer pointed his gun at Floyd’s open window. He then pulled Floyd out of the car and handcuffed him. Floyd “actively resisted” being handcuffed, according to the complaint.

Once handcuffed, Floyd was “compliant,” following Lane’s directions and engaging in a short conversation with the officer, the complaint stated. At 8:14 p.m., as Lane and Kueng attempted to walk Floyd to their patrol car, Floyd “stiffened up, fell to the ground and told the officers he was claustrophobic.”

Two more officers ― Chauvin and Tou Thao ― arrived about that time. They joined the other officers in trying to get Floyd into the backseat of the patrol car, but Floyd was not cooperating, according to the complaint. Floyd “began saying and repeating that he could not breathe.”

At 8:19 p.m., Chauvin pulled Floyd to the ground and placed his knee on the back of Floyd’s neck while Kueng held Floyd’s back, Lane held Floyd’s legs and Thao stood watch, the complaint stated.

Floyd, while handcuffed and pinned face-down to the ground, stated multiple times that he couldn’t breathe and repeatedly said “mama” and “please,” according to the complaint. At one point, Floyd can be heard on a bystander’s video stating that he was “about to die.”

Bystanders can be heard in the cellphone video telling officers that they’re killing Floyd and pleading with them to help him. 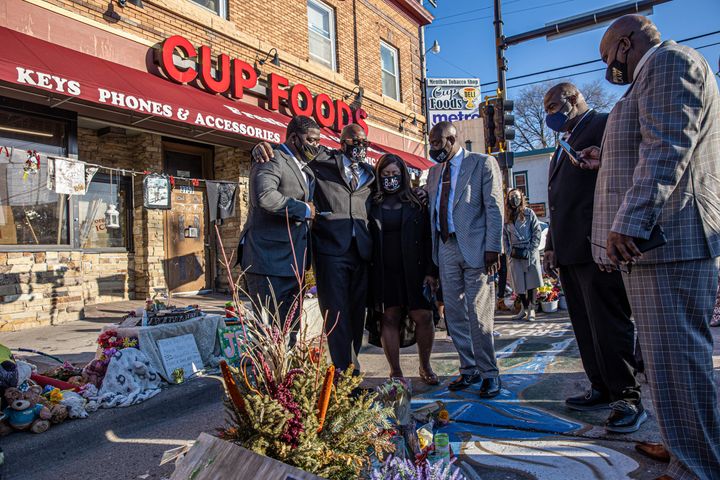 By 8:25 p.m., Floyd had stopped moving and, moments later, ceased breathing, the complaint stated. Kueng checked Floyd’s wrist for a pulse but “couldn’t find one.” Chauvin continued to kneel on Floyd’s neck until 8:27 p.m.

Floyd was then taken to a hospital, where he was pronounced dead at 9:25 p.m. after first responders and doctors tried to revive him for nearly an hour. Chauvin and the other three officers were fired the next day.

Two autopsies ― one conducted by county officials and the other commissioned by Floyd’s family ― separately classified Floyd’s death as a homicide. However, the autopsy reports, which were both released last June, differed on the exact cause of death.

On May 29, Chauvin was arrested and charged with third-degree murder and manslaughter. Minnesota Attorney General Keith Ellison (D) filed a tougher second-degree murder charge against Chauvin on June 3.

Under Minnesota statutes, a person can be charged with second-degree murder if they intentionally killed someone without premeditation or unintentionally killed someone while committing certain other offenses. A person can be charged with third-degree murder if they unintentionally cause “the death of another by perpetrating an act eminently dangerous to others and evincing a depraved mind, without regard for human life.”

Hennepin County District Judge Peter Cahill, who is presiding over Chauvin’s trial, dropped the third-degree murder charge against Chauvin in October. He ruled that such a charge under Minnesota law would require proof that Chauvin’s conduct was “eminently dangerous to others,” not just Floyd.

But Cahill reinstated the charge on March 11 after an appellate court ruled that he should have followed the precedent set by the conviction of former officer Mohamed Noor, who fatally shot Justine Damond in 2017.

Lane, Kueng and Thao have been charged with aiding and abetting murder and manslaughter. They have each pleaded not guilty to the charges and are scheduled to be tried together beginning in August. The three officers were released on separate $750,000 bonds weeks after Floyd’s death.

Chauvin was released from jail in October on a $1 million bond, reigniting protests across Minneapolis.

Jury selection for Chauvin’s trial began March 9 and lasted two weeks. Of the 15 jurors seated, two are alternates and one is an extra alternate. Cahill is expected to dismiss the extra alternate Monday if none of the other jurors drops out before then.

Because of COVID-19 precautions, Cahill is allowing only a limited number of people inside the courtroom, including just two journalists each day. However, in a rare move, the trial will be broadcast live.

The jurors’ faces will not be broadcast and their identities will not be released during the trial. They will be referred to only by their juror numbers.

Cahill, as well as members of the prosecution and defense teams, questioned the prospective jurors about a range of topics, focusing mostly on their backgrounds, their feelings about the trial and their stances on Black Lives Matter, the criminal justice system and police generally. 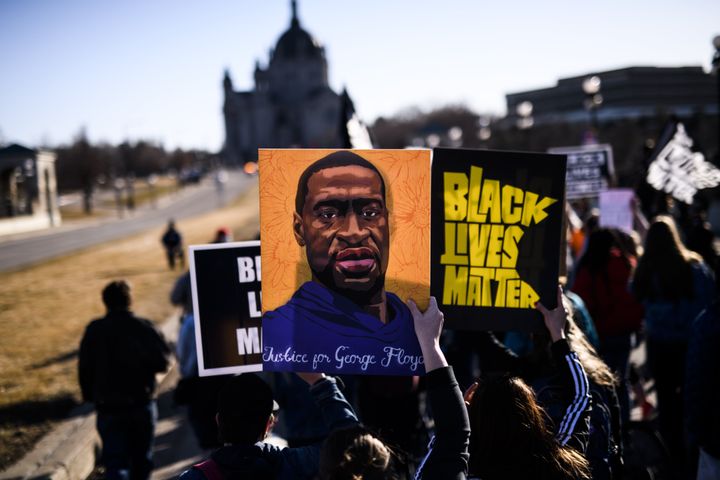 Three days after jury selection began, the city of Minneapolis announced it agreed to a record-breaking $27 million civil settlement with Floyd’s family. Chauvin’s attorney, Eric Nelson, filed motions to delay the trial and change the venue, arguing news of the city’s settlement prejudiced the jury pool. Cahill ruled against the motions.

The seven jurors who were seated before the settlement was announced were recalled at Nelson’s request to see if the agreement had affected their ability to be impartial. Cahill dismissed two of the jurors after they said it had.

Here’s what we know about the 15 jurors, which include four Black people, two multiracial people and nine white people, according to The Associated Press:

Juror No. 2 is a white man in his 20s who works as a chemist. He is the only juror on the panel who said he had never seen bystander video of Floyd’s arrest.

Juror No. 9 is a multiracial woman in her 20s. She said she has an uncle who is a police officer and suggested Chauvin may have behaved the way he did because Floyd was potentially resisting arrest or that civilian lives may have been in danger.

Juror No. 19 is a white man in his 30s who works as an auditor. He has a friend who works for the Minneapolis police. He said he generally supports Black Lives Matter.

Juror No. 27 is a Black man in his 30s who works in computer security. He said he immigrated to the U.S. more than 14 years ago. He said he had a somewhat negative view of Chauvin.

Juror No. 44 is a white woman in her 50s who serves as an executive of a nonprofit health care advocacy organization. She said she strongly agrees that the criminal justice system is biased against minorities.

Juror No. 52 is a Black man in his 30s who works in banking. He said he has neutral opinions on Chauvin and Floyd.

Juror No. 55 is a white woman in her 50s who works as an executive assistant at a health care clinic. She said “all lives matter” to her no matter “who they are or what they are.”

Juror No. 79 is a Black man in his 40s who works in management. He said he has lived in the Minneapolis area for roughly two decades after he immigrated to the U.S. He said he generally trusts police.

Juror No. 89 is a white woman in her 50s who works as a registered nurse. She said she somewhat disagrees about the statement that it’s not right to second-guess decisions officers make.

Juror No. 92 is a white woman in her 40s who works in the commercial insurance industry. She said she doesn’t believe police should treat poorly someone who isn’t cooperating or might be under the influence of drugs.

Juror No. 96 is a white woman in her 50s who is unemployed. She said a person should have nothing to fear from police if they cooperate with their commands.

Juror No. 118 is a white woman in her 20s who is a social worker. She said police and their jobs are important but that she also believes there are things about policing practices that should be changed.

Juror No. 131 is a white man in his 20s who works as an accountant. He said he initially had a somewhat negative opinion of Chauvin and that he views Black Lives Matter somewhat favorably. 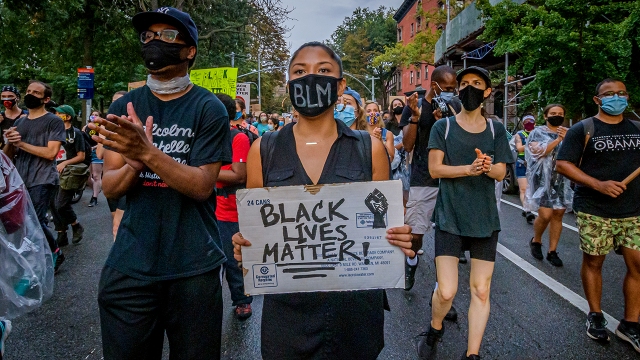 Opening statements from the prosecution and defense are scheduled for Monday. Witness testimony and cross-examination will follow. This portion of the trial is expected to last two to four weeks before closing arguments are made and the jury begins deliberation.

Chauvin’s attorney is expected to argue that Floyd died of a drug overdose. (The county medical examiner’s report indicated Floyd had fentanyl and methamphetamine in his system when he died.)

The prosecution, led by Ellison, will likely contend that Chauvin’s actions were part of a pattern of excessive force during his tenure as a police officer. Ellison’s office has outlined six incidents prior to Floyd’s death in which Chauvin restrained people by their necks or knelt on top of them. Chauvin was never reprimanded for his actions, though at least two of those arrested said they filed formal complaints against him, The Marshall Project reported.