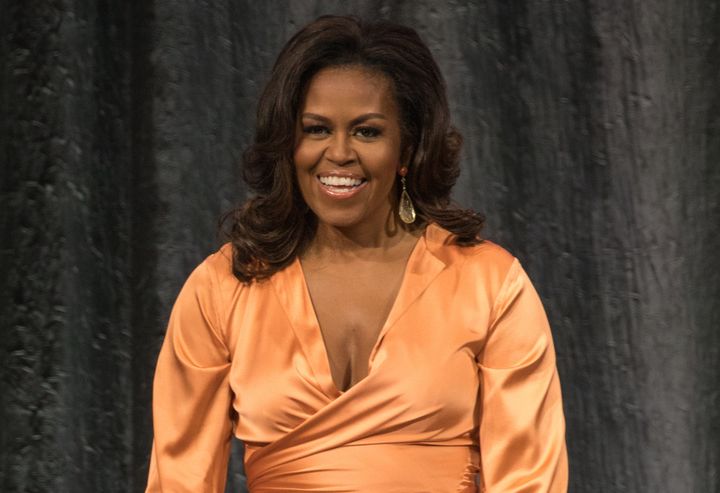 Former first lady Michelle Obama has often discussed her love for reading and is now a worldwide best-selling author with her memoir Becoming. And when it comes to her picks for little readers, she keeps it classic.

In an appearance on Today’s video series “Open Book with Jenna Bush Hager,” in which notable people chat about their reading habits and recommendations, Obama said the first character she remembers loving as a child was Pippi Longstocking, the red-headed adventurous main character created by Swedish author Astrid Lindgren.

“I was really fascinated with this strong little girl that was the center of everything, and she was almost magical in a way,” she said. “She was stronger and tougher than anyone. She had super-human strength, and I got a kick out of her.”

Michelle has mentioned her love for the character before. In December, she told the New York Times, “Pippi Longstocking was my girl.” She said it might be surprising that the character became a role model “for a black girl on the South Side of Chicago,” but at the time, main characters who looked like her were rare. That’s why when she had kids, she made it a priority to find characters that resembled her girls. A family favorite in their home, she said at the time, was The Snowy Day by Ezra Jack Keats.

Michelle listed some classics when host Jenna Bush Hager asked her what titles she used to read to her daughters, the now 20-year-old Malia and 17-year-old Sasha, when they were little. She said their reading time consisted of titles like Goodnight Moon by Margaret Wise Brown or “any Dr. Seuss book” (Theodor Seuss Geisel, the author behind the Dr. Seuss titles, remains an icon in the children’s book world despite a problematic past).

What about former President Barack Obama? Michelle said he especially loves Where the Wild Things Are by Maurice Sendak, an unsurprising choice considering the couple used to read it at the Easter Egg Roll event at the White House. 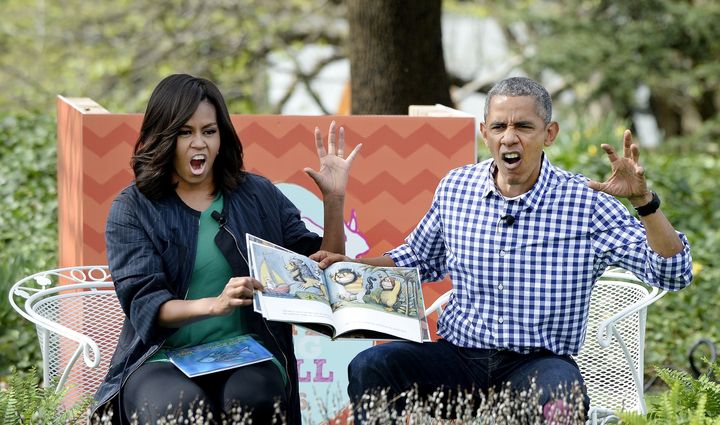 During her time as the first lady, Michelle read the picture books Alexander and the Terrible, Horrible, No Good, Very Bad Day and Brown Bear, Brown Bear, What Do You See? at various events. Late last year, she told the New York Timesshe reread The Grapes of Wrath and Life of Pi with her daughters.

Many other celebrities and leaders have shared their little ones’ preferences for children’s books. In September, People reported that Prince William told the author and illustrator of The Gruffalo that their book was “a big hit” at home with his three kids.

Actress Jennifer Garner has a “Books with Birdie” series (Birdie is her family’s dog) made up of videos that show Garner reading children’s books like Room on the Broom by Julia Donaldson and The Book With No Pictures by B.J. Novak.