The Atlanta and Nashville outfits continued Obama’s “power suiting” trend that’s included nearly every style, color and eye-catching accessory over the past few months ― from pink crystals to plaid stripes and everything in between.

The metallic look, paired with heels by Gianvito Rossi, was the perfectly suited sendoff for the author. Colbert reminded Obama this was a major moment, considering that the Nashville audience was missing “Game of Thrones.” 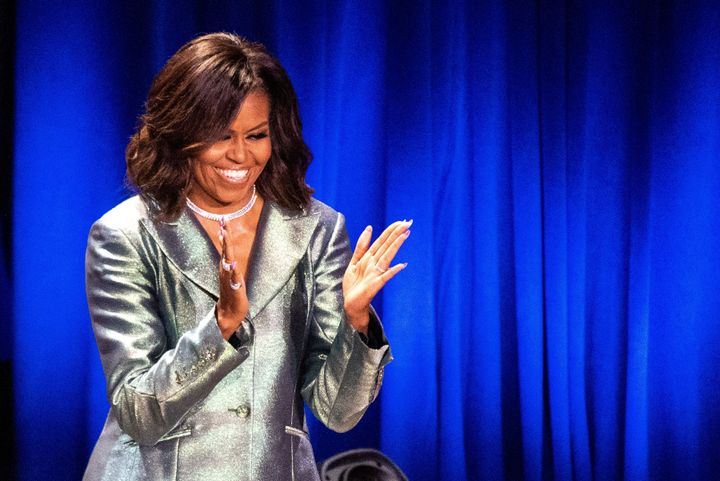 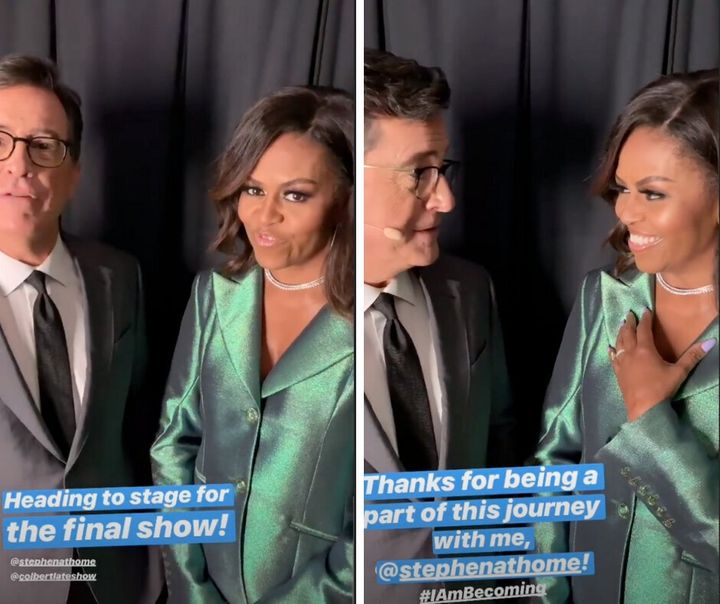 Back in Atlanta, the former first lady appeared in a stunning purple silk suit from Sergio Hudson’s Fall 2019 collection, Koop confirmed by email.

“What [an] honor for our Forever First Lady @michelleobama to wear a custom suit from our Fall 2019 collection,” the designer said on Instagram, later clarifying in a separate post that the color was “eggplant.”

That night, Obama also wore a custom black sequined bustier by Christy Rilling Studio (Rilling has been her tailor since 2009) and towering black stilettos, again from Gianvito Rossi. 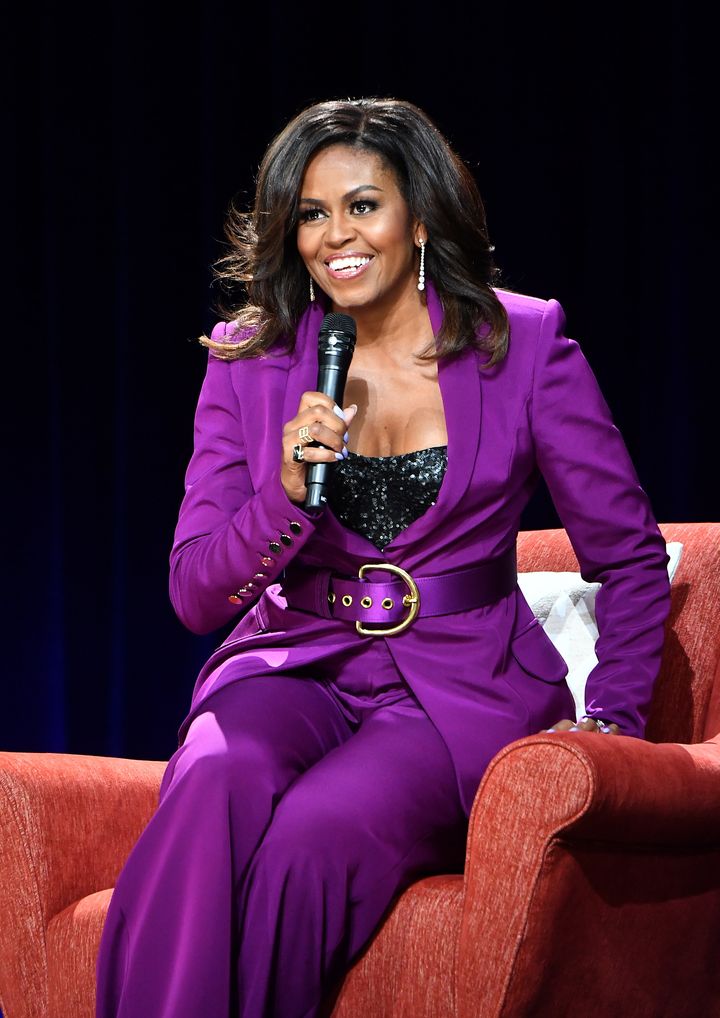 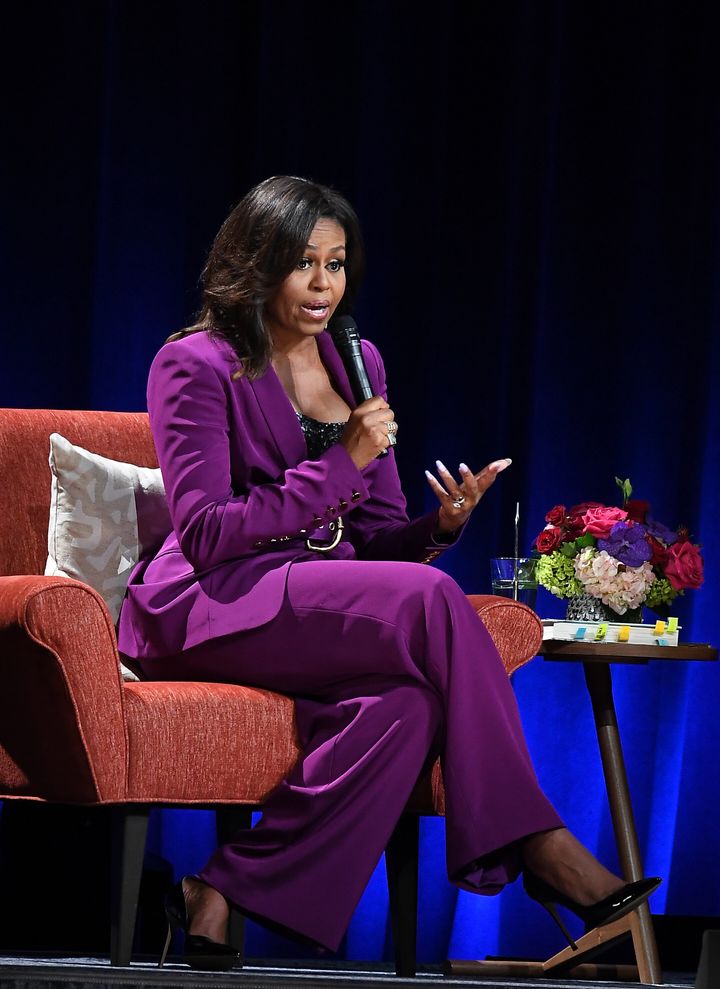 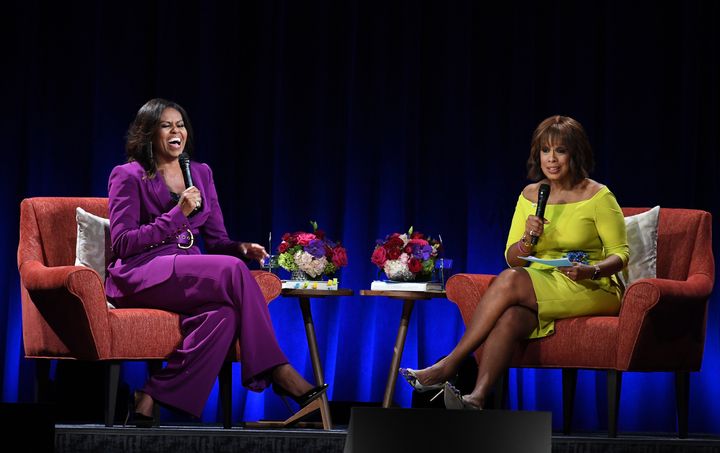 In her memoir, “Becoming,” Obama wrote about the process of crafting her distinctive style during her husband’s first presidential campaign and subsequent terms in office.

“It was a thin line to walk. I was supposed to stand out without overshadowing others, to blend in but not fade away,” she wrote, speaking about the fashion choices she made with Koop, who later became her wardrobe stylist and still styles Obama today.