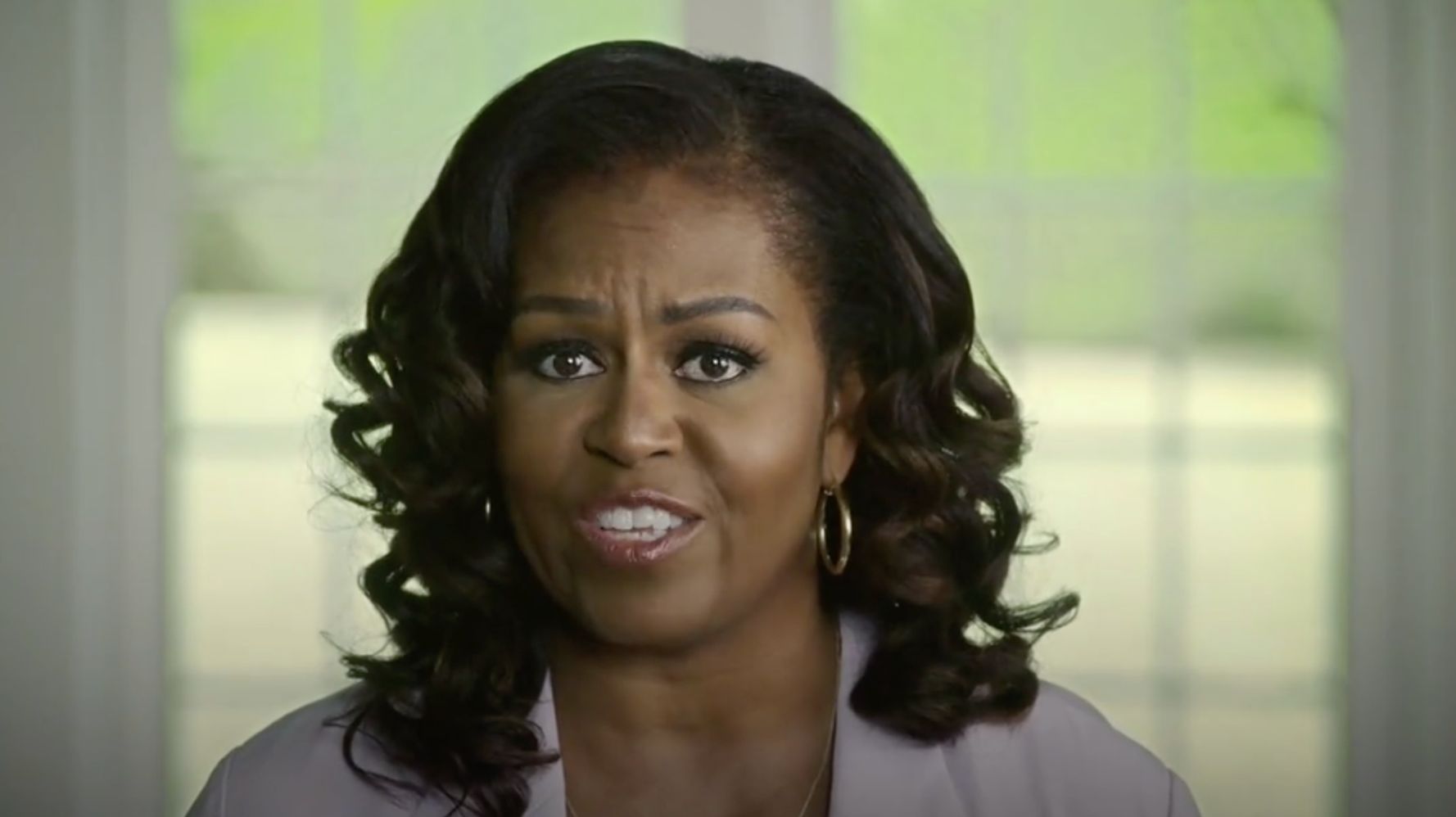 “We simply cannot trust this president to tell us the truth about anything,” Obama said in her “Closing Argument,” a nearly 25-minute appeal to Americans to vote for Democratic nominee Joe Biden over Trump in next month’s presidential election.

“The worst part is it didn’t have to be like this,” Obama said of the more than 210,000 coronavirus-linked deaths in the United States. “So many other countries aren’t experiencing this level of extended suffering and uncertainty.”

These countries were hit by the same virus as we were. They had the same kind of resources to contain it as we did. But what they didn’t have to contend with was this president ...

A man who knew how deadly this virus is but who lied to us and told us it would just disappear. Who, in the greatest crisis of our lifetimes, doubled down on division and resentment, railed against measures that could have mitigated the damage and continues to hold massive events without requiring masks or social distancing, knowingly exposing his own supporters to a dangerous virus.

Obama pointed out that the number of Americans who have died from the coronavirus is roughly double the U.S. toll from wars in Iraq, Afghanistan, Vietnam and Korea combined.

“That is roughly the scale of this tragedy,” Obama said. “And our commander-in-chief sadly has been missing in action. And his willful mismanagement of the COVID crisis is just one example of his negligence.”

After months of downplaying COVID-19 and mocking Biden for wearing a face mask, Trump revealed on Friday that he had tested positive for the virus. He was hospitalized later that day.

On Sunday, Trump left the hospital for a brief joyride in his presidential limousine, sparking outrage from medical experts and former Secret Service agents who condemned him for putting the lives of his protective service members at risk. Trump returned to the White House on Monday to continue his treatment. Hours before leaving, he tweeted that he was feeling “really good” and encouraged Americans not to fear the virus.“Don’t be afraid of Covid,” the president wrote. “Don’t let it dominate your life.”

Trump, of course, received special VIP care at a top hospital and had access to treatments the average coronavirus patient likely doesn’t have.

Upon returning to the White House, Trump removed his face mask for a photo opportunity, drawing backlash for potentially endangering his staff and members of the media.

“My heart goes out to everyone touched by this virus, from those at the White House, especially the Secret Service and residence staff whose service ought never be taken for granted, to all those names and stories most of us will unfortunately never know,” Obama wrote in a tweet sharing her “Closing Argument” speech.