The family of singer Michael Jackson on Monday joined the firestorm against “Leaving Neverland,” calling the harrowing new documentary about Jackson’s alleged history of sexually abusing boys a “public lynching.”

“People have always loved to go after Michael. He was an easy target because he was unique. But Michael was subjected to a thorough investigation which included a surprise raid of Neverland and other properties as well as a jury trial where Michael was found to be COMPLETELY INNOCENT. There has never been one piece of proof of anything. Yet the media is eager to believe these lies,” the late singer’s family said in a statement Monday, after the documentary’s Sundance Film Festival premiere on Friday left attendees stunned and shellshocked.

“We can’t just stand by while this public lynching goes on, and the vulture tweeters and others who never met Michael go after him,” the statement continued. “Michael is not here to defend himself, otherwise these allegations would not have been made.”

Jackson’s estate and some of his fans have actively campaigned against the film in statements and on social media, questioning its veracity and attacking defenders of the film, its director Dan Reed, and Jackson’s accusers Wade Robson and James Safechuck, whose stories are featured in the four-hour documentary. 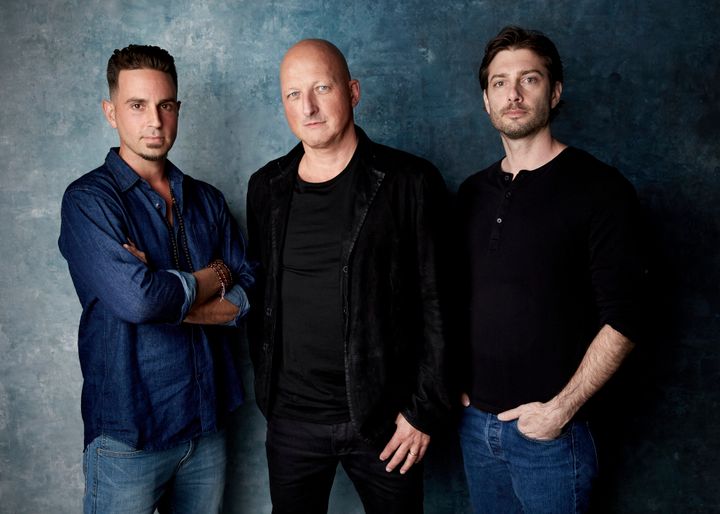 Wade Robson (left), director Dan Reed (center), and James Safechuck (right) have been attacked by Michael Jackson’s estate and some of his fans for their part in the documentary “Leaving Neverland.”

Responding to the attacks against the film, Reed said Monday that the project was the result of a painstaking investigation and is less about Jackson and more about the lifelong trauma of sexual abuse survivors.

“A four-hour piece, is that a tabloid? I didn’t characterize Jackson at all in the film. I think if you watch it you’ll have noticed that it’s a story about these two families, and Jackson is an element of that story. But I don’t seek to characterize him at all. I don’t comment on Jackson. It’s not a film about Michael,” he said in an interview with The Hollywood Reporter. “The film itself is an account of sexual abuse, how sexual abuse happens and then how the consequences play out later in life.”

Jackson’s fans have seized on the fact that both of the accusers previously defended Jackson against other child sexual abuse allegations. However, sexual abuse experts note that trauma can affect survivors’ memories and perceptions of their experiences, particularly if they were children at the time of their abuse, as Robson and Safechuck would have been.

During a 2005 trial, Robson testified that Jackson did not molest him when he was a child. But Robson has said that he later realized he “compartmentalized” the abuse because of his close relationship to Jackson.

The family of Jackson, who died in 2009, continues to maintain that he “was and always will be 100 percent innocent of these false allegations,” and in their statement Monday, referred to Robson, Safechuck and the filmmakers as “opportunists.”

Robson and Safechuck have denied accusations from Jackson’s defenders that they were paid to tell their stories. 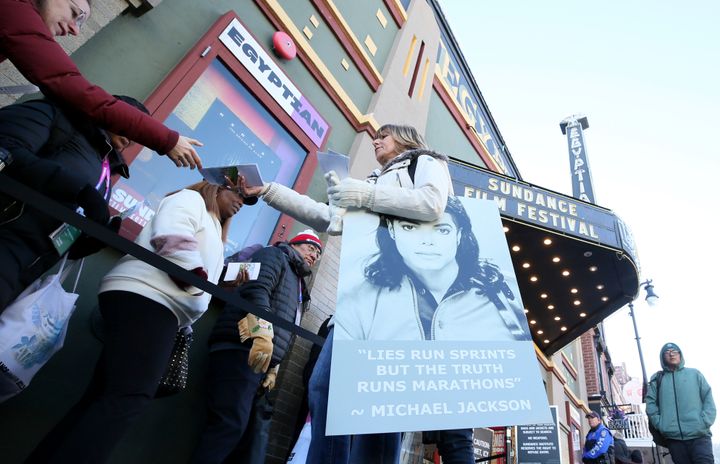 A protester hands out pamphlets to attendees at the documentary’s premiere Friday at the Sundance Film Festival.

Reed also insisted that “Wade and James were not paid in any way, directly, indirectly,” he told The Hollywood Reporter. “The family were not [remunerated]. There was nothing. No compensation in any form whatsoever.”

The director, who has said that he received death threats because of the documentary, claims that “there’s a level of organization” to the attacks from fans and that Jackson’s estate and family “have a very precious asset to protect.”

“Every time a song plays, a cash register goes ‘ka-ching,’” he said. “It doesn’t surprise me that they’ve come out fighting in defense of their asset.”

Ahead of Friday’s Sundance premiere, festival organizers established extra security procedures in anticipation of protests. A handful of protesters stood outside the theater, telling attendees to “do your research.”

Inside the theater, mental health professionals were on hand to assist viewers with processing the graphic nature and emotional intensity of the four-hour film, and the festival’s director introduced the screening with a trigger warning.

The documentary is slated to air on HBO this spring.