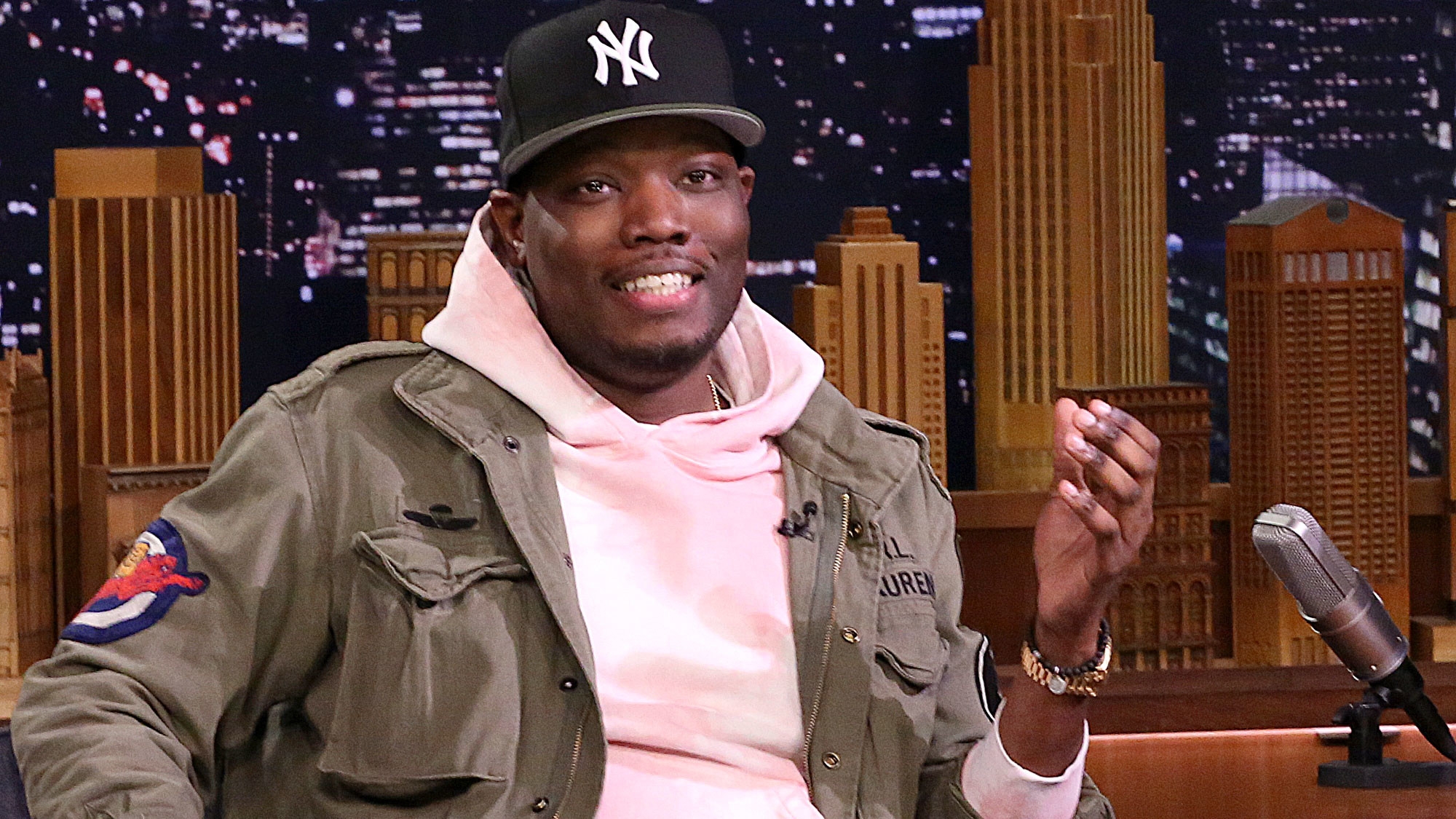 Michael Che, a comedian who co-hosts “Weekend Update” on “Saturday Night Live,” has a close connection to New York City’s public housing system: He grew up in it, and last year, he organized a comedy show to raise money for its residents.

On Wednesday, Mr. Che made another offer to help as people were struggling through the pandemic: He said he would cover one month’s rent for the 160 families that live in the public housing building where his grandmother, who died this month after being infected with the coronavirus, once lived.

In a post on Instagram, the comedian said it was “crazy to me that residents of public housing are still expected to pay their rent” when so many New Yorkers were out of work.

He acknowledged that his contribution would be “a drop in the bucket” and urged the city to find a way to forgive the debt of residents who might owe rent during the outbreak.

“It’s a very generous offer, and we really think it will be a benefit to those households in the building,” said Gregory Russ, the head of the New York City Housing Authority, which oversees the city’s roughly 166,000 public housing apartments.

A spokesman for Mr. Che said the comedian was not available for an interview.

In a since-deleted post on Instagram disclosing his grandmother’s death on April 5, he wrote: “I’m doing OK, considering. I’m obviously very hurt and angry that she had to go through all that pain alone. But I’m also happy that she’s not in pain anymore.”

Last weekend, the comedian talked about her death during an episode of ”S.N.L.,” saying that “coming back to work really made me feel better.” He joked about his grandmother not watching the show — “She woke up at like 4 a.m. to pray. You think she was watching Saturday Night Live? Never.” — and paid a tribute to her in his signoff: “I’m Martha’s grandbaby.”

His grandmother, Martha, once lived at 182 South Street, in the Alfred E. Smith Houses on Manhattan’s Lower East Side, but moved out in the 90s.

“That building is very significant in my family’s history,” Mr. Che wrote on Instagram.

Mr. Che, 36, was raised in a housing complex nearby on Allen Street.

In an interview with The New York Times last year, Mr. Che said he spent countless summers hanging out at the Smith Houses and was subject to many of the living conditions still plaguing the housing authority, such as leaky roofs and widespread heat outages.

“This city is so rich and so vast and so powerful and so important to the fabric of the country that you would imagine that our public housing would be a lot more habitable,” he said at the time. 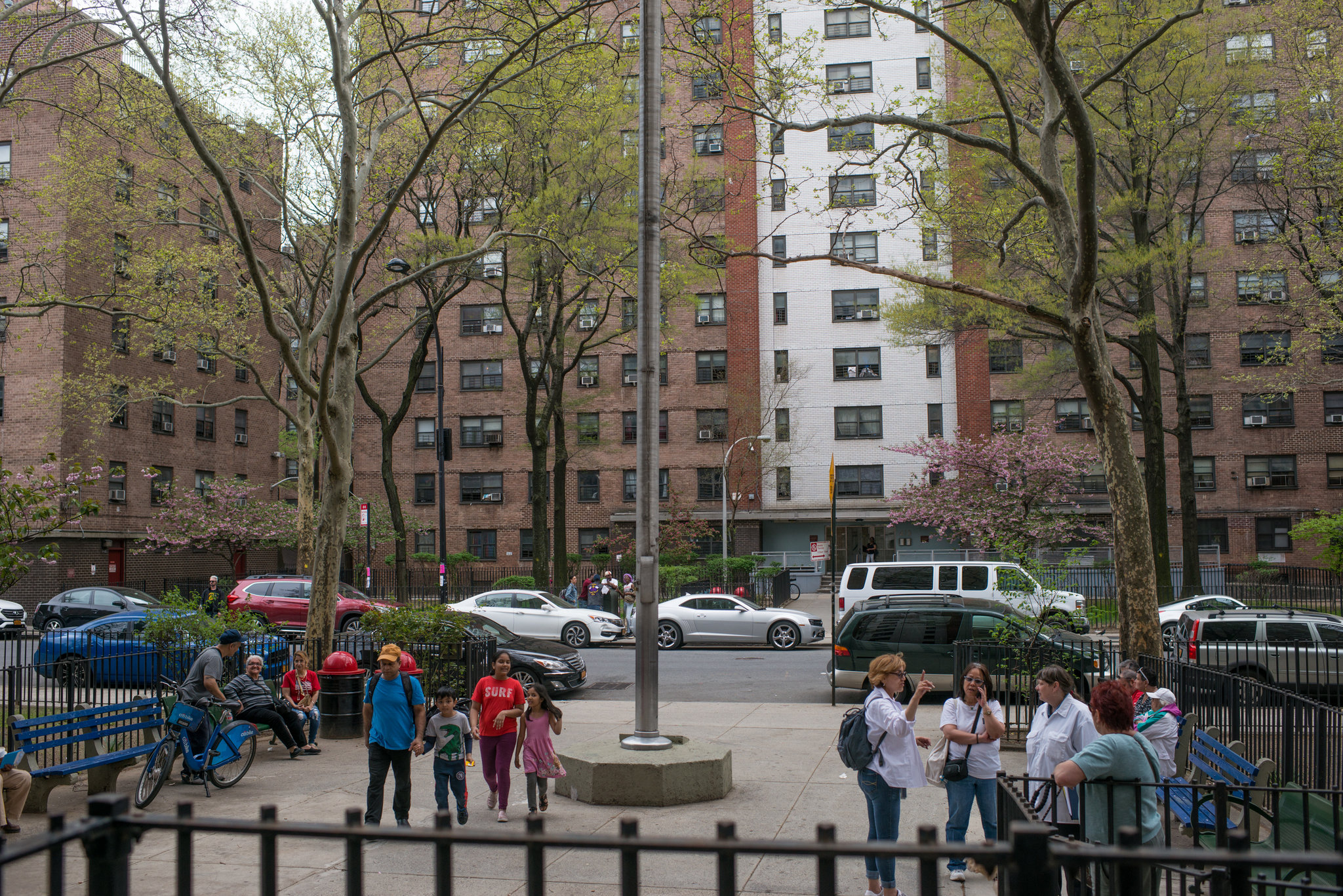 Millions of people have filed for unemployment benefits in New York, the epicenter of the pandemic in the United States, and thousands have struggled to make rent payments as a result of strict social-distancing measures that have shut down most workplaces.

In an attempt to protect renters, New York implemented a moratorium last month to halt evictions for 90 days, but renters are still expected to pay the rent they owe. Progressive politicians and liberal activist groups have been clamoring for a so-called rent freeze.

In an attempt to protect renters, New York implemented a moratorium last month to halt evictions for 90 days, but renters are still expected to pay the rent they owe. Progressive politicians and liberal activist groups have been clamoring for a so-called rent freeze.

More than 400,000 low-income and working-class New Yorkers live in the city’s sprawling and deteriorating housing complexes, which have exposed residents to health hazards including peeling lead paint and mold.

Residents there pay up to 30 percent of their income in rent, while the rest is subsidized by the federal government.

If a resident loses or gains income, the rent is adjusted accordingly to reflect that change, offering a level of protection for residents who have lost their jobs during the pandemic. If a resident’s income goes down to zero, so does the rent.

The housing authority has been underfunded for decades and urgently needs more than $40 billion to repair faulty boilers and fix up dilapidated apartments. The agency is currently overseen by an independent federal monitor after years of mismanagement.

“It’s very kind of him and generous and very appreciated,” said Amy, a resident of the building who declined to give her last name. She said she paid about $1,500 a month for the two-bedroom apartment she lives in with her husband and two children.

Amy, 30, used to work part-time. Her husband, a waiter, has been out of work since restaurants were all but shutdown, forcing them to dip into their savings to make rent. They still have not reached out to the housing authority to readjust their rent.