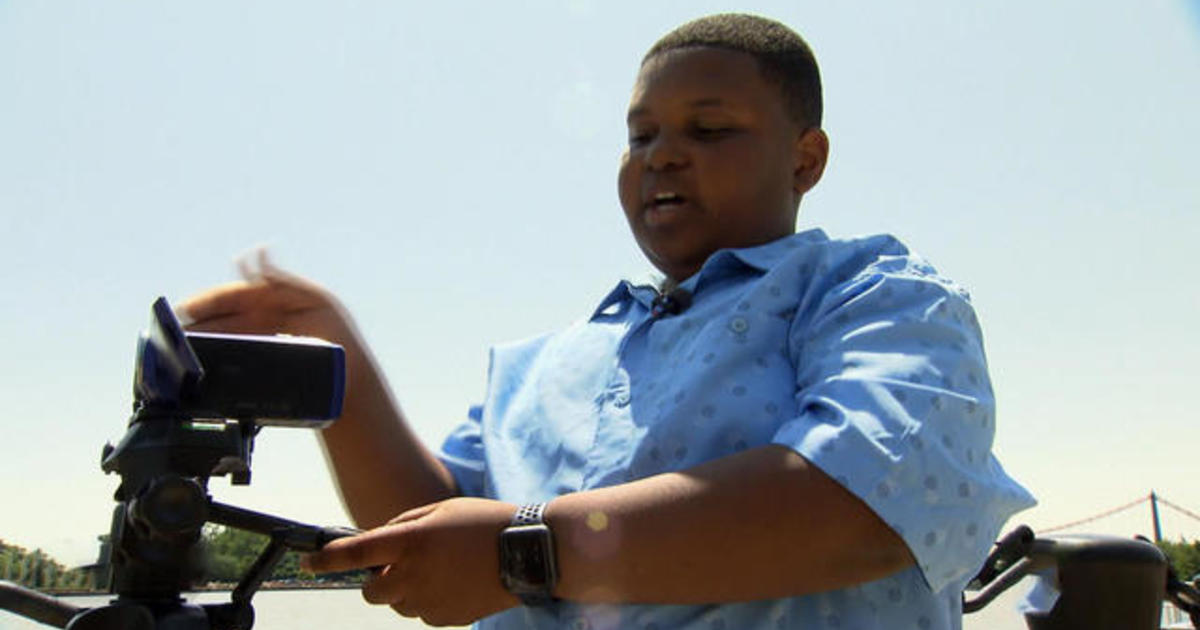 Toledo's Jaden Jefferson is working his own news operation. That's a big job for anyone -- let alone a self-taught 11-year-old multimedia journalist who writes, shoots, produces, and edits his own stories.

"In the mornings it can get hectic," Jefferson said. "Because if I get breaking news I try to print out that story, read over it, and then post some stuff to social media, write a web story for it, so it's a lot."

He may not have a news van or a news team. But in Jefferson's case, that's what family is for. "It really is just me -- the 'we' part comes in with my grandma, because she is the driver," he said.

His mom, Lynnell, and dad, James, are their son's biggest fans. "We're Jaden's parents, everywhere we go," James said. "I mean I'm getting people at work all the time stopping me saying, 'Hey!' I'm like, 'Yeah. That's our son.'"

Jefferson said that his passion for journalism was sparked by his love for writing and his "tech savvy-ness."

Jefferson added that his favorite topic to cover is politics. "Politics is an exciting thing we're talking about, here," he said. "This affects us all, and, I mean, there's 22 Democratic candidates, and that's really something interesting to cover."

Last month, Jefferson came shoulder to shoulder with the national press to speak with one of those candidates: Sen. Elizabeth Warren.

"When you interview presidential candidates, the chance of you being squashed by media is high," he said.  He posed the first question, and got an exclusive with Warren, where he asked her about equal opportunities for people of color. "I still believe this to this day, if I wasn't 11, man, my camera would not be in the front," he said.  The next day, he sat with another presidential candidate: Ohio congressman Tim Ryan. "Not everyone is politically inclined," Jefferson said. "So that's really what my goal is: to make sure that everyone's informed."

"This is the stuff that gets you excited," said CBS News correspondent Mola Lenghi. "Stuff like Outlook and formatting." 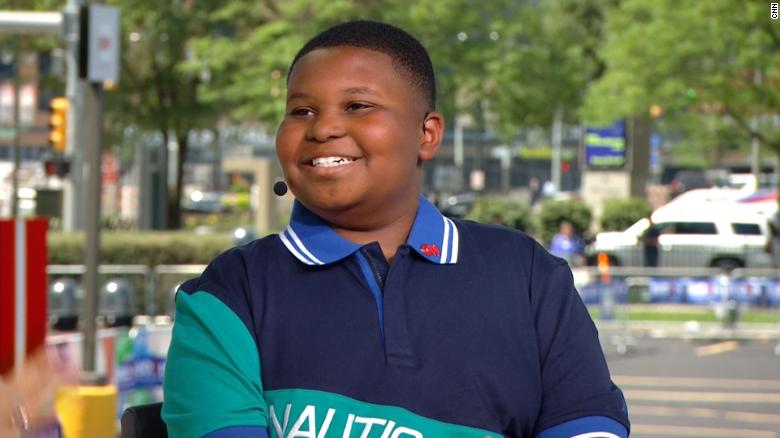 This fall, Jefferson will be a sixth grader. "I'm serious about what I'm asking. I'm not laughing, joking, kidding… It's me asking a serious question and getting a serious response," he said.

Toledo Mayor Wade Kapszukiewicz has often found himself on the receiving end of Jefferson's tough questions.

"When he first started showing up to public meetings and gatherings with his camera in tow, I assumed it was some sort of a class project," Kapszukiewicz said.

But now, he said, he understands that Jefferson "makes the world a better place."

"I know it sounds corny…" he said. "If we had more people like him, I'd go as far as to say we'd have a better quality of journalism, a better understanding of facts, we might just have a better world, too."

That's something Jefferson is working on. "I'm going to say this really clear: [journalism] makes your life easier…" he said. "It helps you stay informed and keeps you safe."