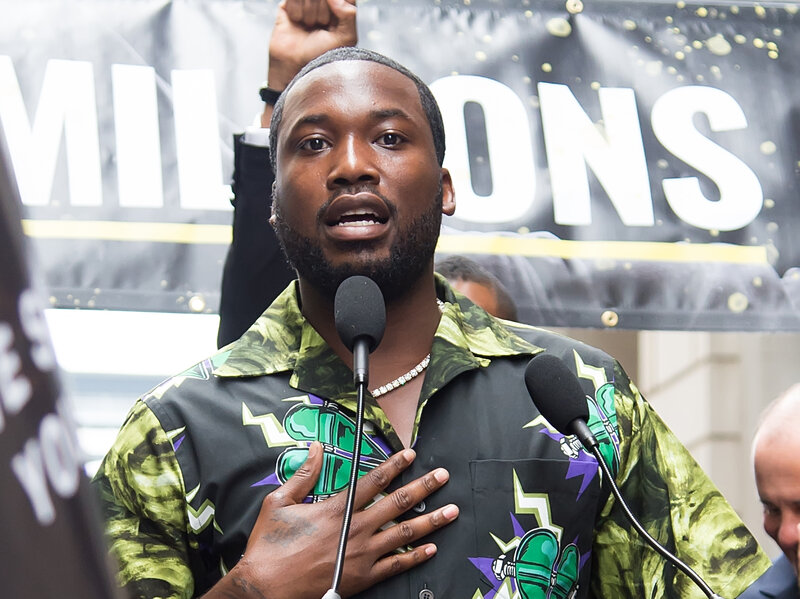 Rapper Meek Mill walked out of a Philadelphia courtroom Tuesday, thanking supporters who gathered outside.

Meek pleaded guilty to a misdemeanor firearms possession gun charge. All other charges were dropped. He will face no further punishment.

Meek Mill told an excited crowd in Center City, "Meek free. I'm not on probation no more, I don't have to go to court no more. Thank you. I appreciate that a lot."

The charges stem from a 2007 case that's kept him under court supervision for more than a decade.

The 32-year-old spent about two years in prison over a drug and gun conviction that was overturned this year because of credibility concerns about the arresting officer.

He's now working with Jay-Z and others on a campaign to promote criminal justice reform.

Testimony from the 2008 trial shows the rap star, born Robert Williams, acknowledged having a gun but denied pointing it at police or selling drugs.

The Pennsylvania Superior Court overturned the felony conviction last month and removed the city judge who sent Williams back to prison over minor probation violations.

Court of accepted guilty plea from Meek Mill for firearms possession, all other charges dropped. No further punishment. pic.twitter.com/ODybaalVgz

In court Tuesday morning, the Commonwealth and defense attorney Joe Tacopina noted work that Meek has done in recent years, including raising money for criminal justice reform, donating to inner-city schools, and refurbishing basketball courts at Strawberry Mansion High, where Meek attended before he dropped out in 10th grade.

During sentencing, Judge Leon Tucker told Meek, "I know this was a long road. Hopefully this will be the end of it."

Judge Tucker noted this will be on Meek's record "eternally" but "this was the end of it".

He added, "The Court simply asks you to continue to do the good things you have been doing."

Judge Tucker noted that he himself graduated from Strawberry Mansion High in the 60s, and said that Meek was a representative of the community he grew up in.

"People depend on you," he told the entertainer.

The judge continued, "You know right from wrong, up from down. You know what you should do."

Meek thanked the judge, to which the judge pointed out it was the attorneys who orchestrated the result and said "you benefitted substantially from this, financially and otherwise."


Meek Mill reaffirmed his commitment to the cause of criminal justice reform to a large crowd of supporters gathered outside of the courthouse.

"I will continue to do what I do with the reform movement and help people that helped me. So, I thank you all. Thanks for coming out and standing for me 1,000% and everything," he said.

Mill is the board chair of The Reform Alliance which is an organization working with state lawmakers.

In fact, Jessica Jackson, a Reform Alliance official, says there is already a measure on the table in Harrisburg.