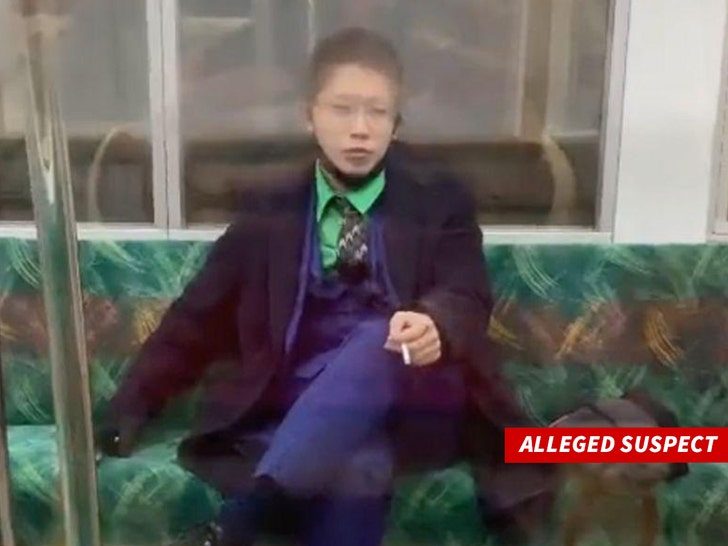 A man in Tokyo dressed as the Joker stabbed passengers aboard a train line, injuring 17 people on their way to Halloween parties in Shinjuku.

The train made an emergency stop around 8 p.m. Sunday night after the 24-year-old man also set a small fire on the train. Police arrested the suspect on the spot and suspended service while they conducted an investigation.

Three people were severely injured, including a man in his 60s who remains in crucial condition, The Daily Mail reported.

The suspect wore glasses and a green shirt, but otherwise dressed in the Joker’s signature purple suit. A video posted to social media showed the man sitting alone in a train car, legs crossed, and smoking a cigarette.

Some witnesses thought that the man was part of some Halloween stunt until people started running and the suspect started waving a "long knife" with blood on its blade.

In a shocking incident, a man reportedly dressed as Joker from the Batman series, attacked passengers on a train in Japan's Tokyo.

The 24-year-old reportedly set fire on the train and attacked people with a knife, injuring at least 10 pic.twitter.com/sxDfl2cGmN

Another video posted to Twitter showed passengers fleeing through the train and gathering as far from the attack as possible.

Witnesses also reported the suspect had spread fluid and started a fire, according to Reuters.

The Keio express train made an emergency stop due to the fire.

The suspect reportedly told authorities he "wanted to kill people so he could be sentenced to death."

Service to the Keio line remained suspended throughout the night.