Lynne Patton Says Trump Does Not See Color, Race: ‘What He Sees Is Success’ 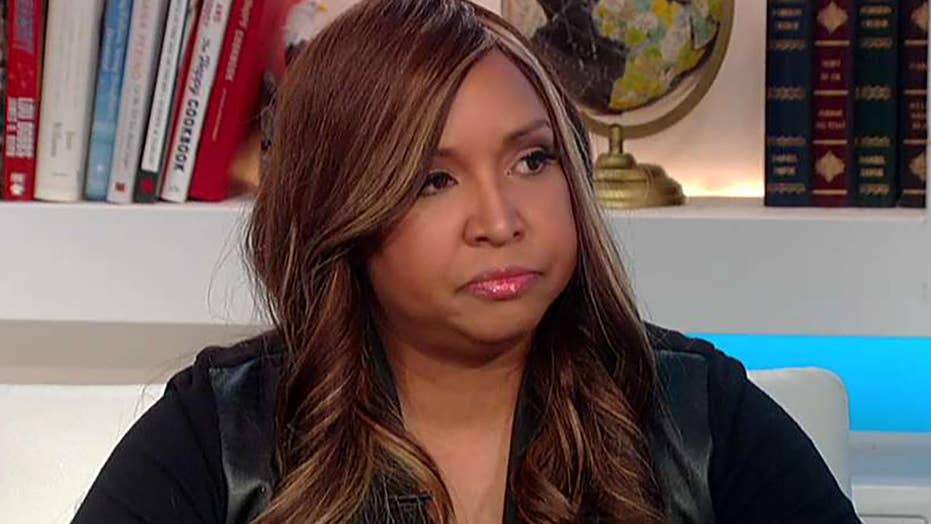 Lynne Patton, the black Trump administration official who was attacked as a Republican prop during Michael Cohen’s congressional testimony, continued denying the president is racist Thursday on “Fox & Friends,” saying he “does not see color, race, creed, religion.”

“What he sees is success and failure, and whether that manifests itself as a person, a place, a property, a restaurant, a TV show, a policy, a country, a community ― he makes no differentiation,” Patton told hosts Ainsley Earhardt and Brian Kilmeade.

“That’s what makes people uncomfortable is that he doesn’t care what people think and he’s going to tell it like it is.”

Lynne Patton says that "the president does not see color," as if that means he's *not* racist. pic.twitter.com/a6t5IZt8cZ

Patton’s appearance during Cohen’s testimony to the House oversight committee Wednesday ― apparently to act as a political prop in an attempt to prove the president isn’t racist because a black woman works for him ― sparked an outcry.

Rep. Mark Meadows (R-N.C.) defended her presence, and said Patton told him “as a daughter of a man born in Birmingham, Alabama, that there is no way that she would work for an individual who was a racist.” Patton has met with Trump more than “300 times” and never heard anything racist, Meadows claimed.

Rep. Brenda Lawrence (D-Mich.) later called out Meadows for dragging Patton into the controversy. “I can only imagine what’s being said in private,” Lawrence said of the president. “And to prop up one member of our entire race of black people and say that that nullifies that is truly insulting.”

When asked pointedly by Kilmeade if she was used as a prop or token, Patton took aim at Rep. Rashida Tlaib (D-Mich.). The freshman Democrat tangled with Meadows during Wednesday’s hearing, saying, “just because someone has a person of color, a black person, working for them does not mean they aren’t racist, and it is insensitive that some would even say, the fact that someone would actually use a prop, a black woman in this chamber, in this committee, is alone racist in itself.”

Patton answered that she couldn’t understand why anyone would take the word of “self-confessed perjurer and criminally convicted white man” over a “black female who’s highly educated, rose up through the ranks of one of the most competitve companies in real estate, spoke before 25 million at the Republican National Convention, and now works in one of the most historic administrations in history.”

She added: “That would be my question. That’s more racist than being put up there as a prop.”

Patton, who was the planner for Eric Trump’s wedding, said after Wednesday’s hearing that she felt good standing up for Trump. She told reporter Yamiche Alcindor that Trump “doesn’t see color, sex, race, creed, religion, so that’s what makes things go uncomfortable for other people.”

Patton continued: “Trump has time and time again done so much for the black community and I’m proud to be a part of it.”