LSU is investigating whether Odell Beckham Jr. gave real money to players after his alma mater's victory in the national championship game on Monday, according to associate athletic director Robert Munson.

The investigation is being conducted after the university initially claimed that the money was fake. LSU released a statement Wednesday evening stating that "information and footage reviewed since shows apparent cash may have also been given to LSU student-athletes."

After LSU defeated Clemson 42-25, Beckham was seen handing out cash to junior defensive back Jontre Kirklin and junior receiver Justin Jefferson, whose brothers played with Beckham at LSU. 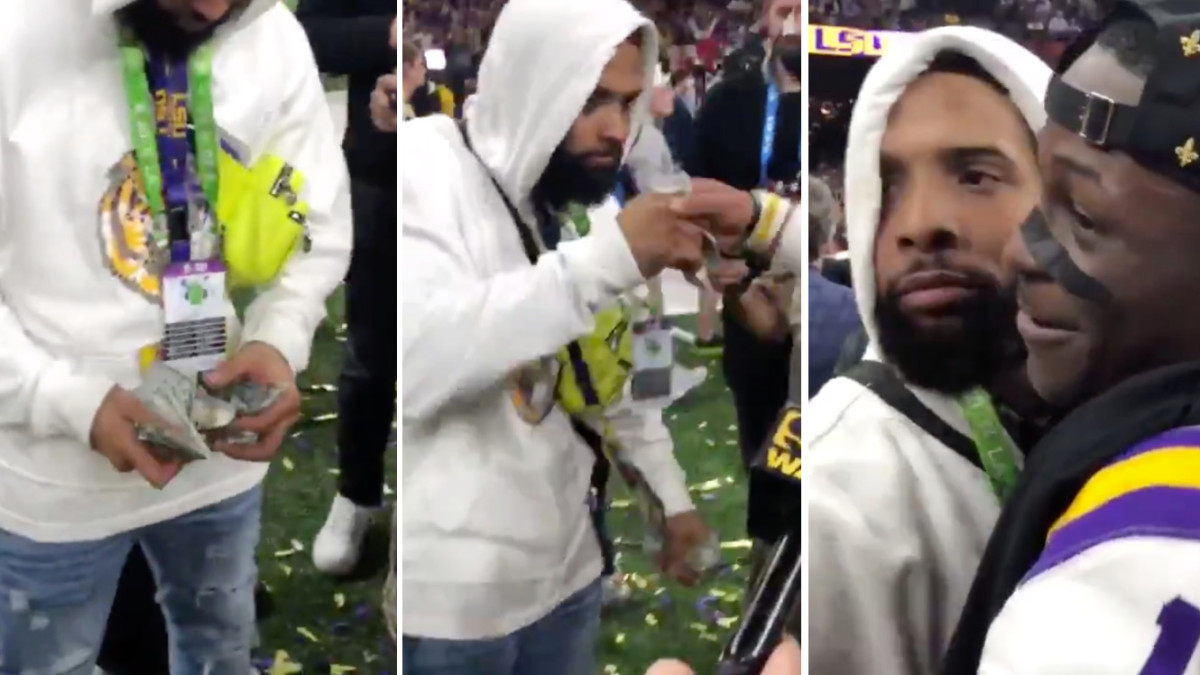 Jefferson caught nine passes for 106 years in the game. Kirklin notched a tackle.

Quarterback Joe Burrow said that Beckham gave him real cash after the game, but did not address the money given to Jefferson and Kirklin.

"I'm not a student-athlete anymore so I can say it, yeah," Burrow told Pardon My Take.

Jefferson is a projected early-round pick, while Kirklin is more likely to stay in school.

Beckham sent every LSU player a pair of Beats headphones before the game, but that was cleared by the NCAA. Giving players a handful of cash, however, would undoubtedly break NCAA rules.