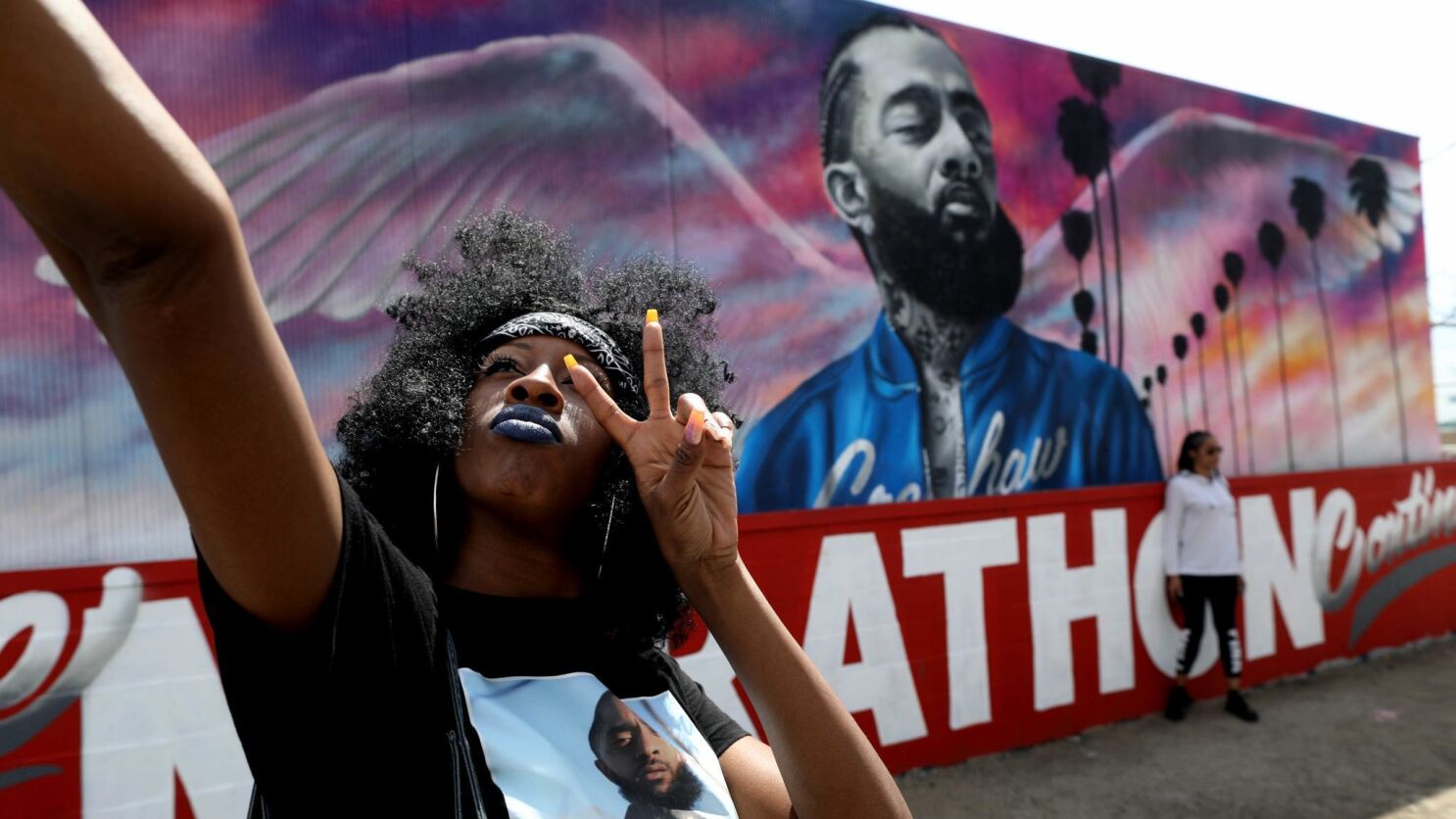 Had he lived, Thursday would’ve been the 34th birthday of rapper and activist Nipsey Hussle.

While there are no official public events scheduled to celebrate the occasion in Los Angeles, many are expecting large crowds to flock to a strip mall at Crenshaw Boulevard and Slauson Avenue, the site of Hussle’s store, the Marathon Clothing.

“You know how when you go to auntie’s house and nobody really knows what’s going up, but everybody pops up?” LaPaul Lane, 33, said Wednesday, standing in a parking lot near the strip mall.

“That’s what it is going to be like here,” Steve Barbee of L.A. Hood Life Tours explained.

“Everybody knows it’s his birthday and they will be here,” said Barbee, 54. “Everybody, within themselves, will make it an event.”

Hussle’s family turned down proposals for a public celebration, choosing instead to mourn privately, David Gross, a family friend and Hussle’s business partner, told The Times. And visitors can no longer take pictures outside the store where Hussle was living out his dreams.

Earlier this month, an 8-foot-high fence wrapped with green fabric was erected around the parking lot and store in preparation for what the lot’s owner has said will be “Nipsey Hussle Tower.” But fans can still pose for selfies next to two larger-than-life murals of Hussle in an alley off the strip mall on the wall of Fatburger.

Hussle, born Ermias Asghedom, was killed in broad daylight outside of the Marathon Clothing on March 31. Two other men were wounded in the shooting. Police have said he was killed over a personal dispute. Eric Holder, 29, has been charged with one count of murder, two counts of attempted murder and other charges.

Official and unofficial memorial services in the days after Hussle’s death drew thousands of mourners to South L.A. — one that became chaotic as people scattered and trampled others amid rumors of gunfire.

City leaders hope that any crowd on Thursday is much calmer.

“I hope that individuals will respect Nipsey Hussle’s family’s wishes to mourn privately during this time,” Councilman Marqueece Harris-Dawson said in a statement. “Grief is difficult and takes many forms. The best way for us to honor Nipsey’s legacy and what he stood for is to cherish and preserve our community.”

Cmdr. Al Labrada of the LAPD’s South Bureau said his officers are ready to respond to any issues at the strip mall. But since there are no official events planned, the LAPD has not beefed up staffing for Thursday.

“As long as people behave and enjoy themselves, we’re happy,” he said.