Kylie Jenner is following in her big sister’s footsteps and posing for Playboy.

The 22-year-old reality star shared a photo on her Instagram account on Tuesday teasing her forthcoming cover and editorial for the magazine.

In the shot, the Kylie Cosmetics CEO poses completely in the nude, wearing only a beige cowboy hat with her back turned to the camera while being held by her shirtless boyfriend, rapper Travis Scott.

“When Houston meets LA,” the self-made billionaire captioned the photo, referring to the locations from which she and the father of her child hail, tagging Playboy and adding the hashtag “#ComingSoon.”

The men’s publication also shared a series of teaser images from the new shoot showing Jenner’s famous pout next to Scott’s neck — the latter adorned with a bedazzled Playboy bunny pendant — captioned, “Wild In Love.”

Of course, Kim Kardashian was the first in the family to strip down for the iconic publication, doing a nude shoot with Hype Williams in 2007.

Upon the passing of the magazine’s founder, Hugh Hefner, the first-year law student wrote on her Instagram Stories, “Reminiscing about my Playboy shoots, the amazing parties at the mansion and how much I love Hef! I am honored to have been a part of the Playboy team!!!” 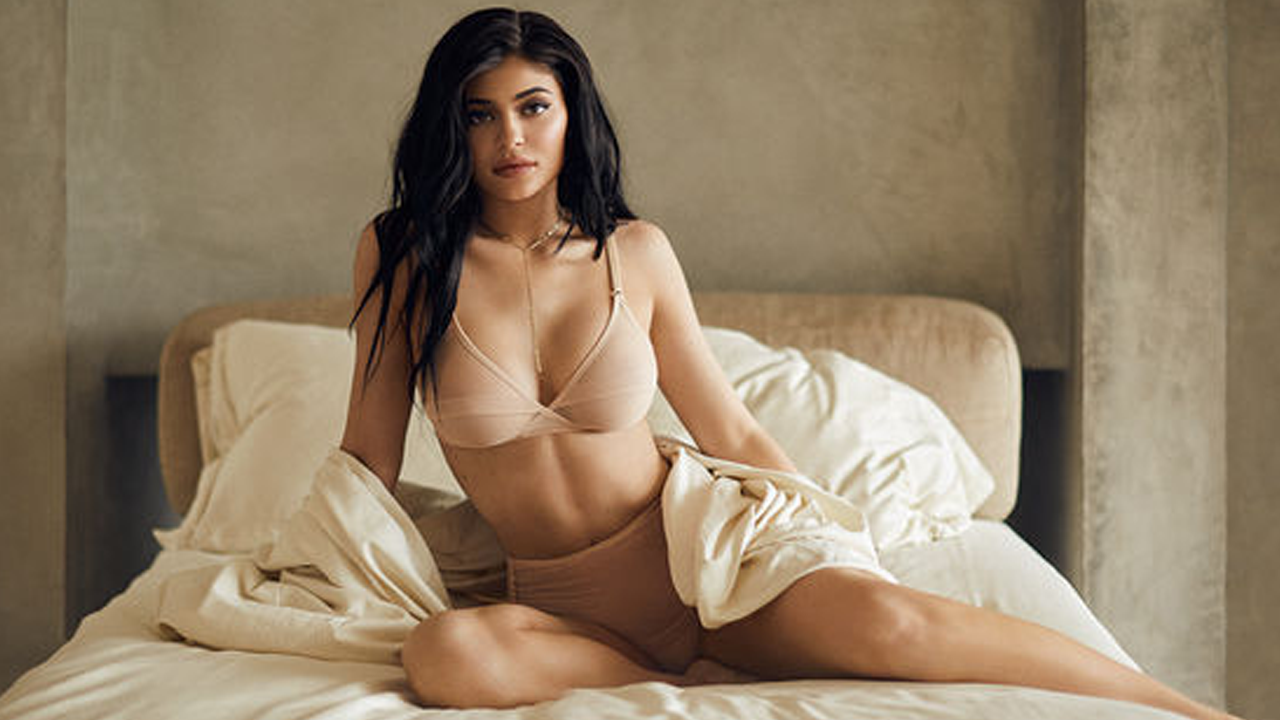