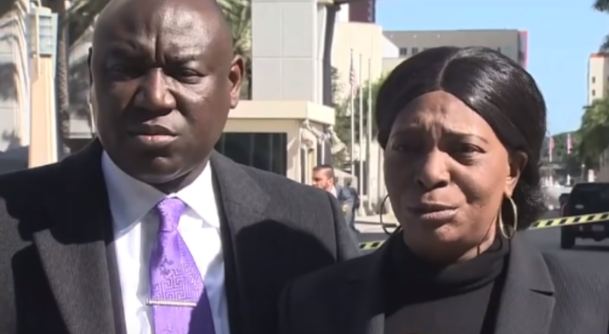 The mother of a popular South Florida rapper has hired a high-profile lawyer to fight his case after claims of being abused behind bars.

Bill Kapri, popularly known as Kodak Black, alleged that correctional officers and inmates are behind his troubling treatment since his sentence.

The rapper’s mother, Marcelene Simmons, requested the help of Benjamin Crump after the allegations of civil rights violations were reported by the rapper.

The rapper took to social media and made claims of being beaten, starved, denied medical care, among other acts of abuse.

In one post he wrote, “They are strategically killing me in here. I have been humiliated over and over again.”

“We know something happened in that prison,” said Crump.

Simmons and Crump said they scheduled a meeting with Kapri to conduct a welfare check, Wednesday morning.

“Literally, only hours before we meet with him, they put him on a bus to Kentucky,” said attorney Devon M. Jacob.

“We believe they intentionally moved him, so he couldn’t meet with his attorneys,” said Crump. “She wants to make sure that while he’s in their custody, that he doesn’t end up dead, so she is very concerned as well as all of her family that these allegations are to be taken seriously.”

Attorneys said they now plan to head to Kentucky and plan to take legal action.

“These allegations are to be taken seriously, so we’re here trying to get to the truth of what happened to Kodak Black,” said Crump. “His mother is demanding the truth.”