Kim Kardashian Looked Amazing, But The Internet is Confused About Kanye West’s $50 Outfit to MET Gala

The Met Gala continues to be the premiere fashion event for the rich and famous, so of course you know paparazzi favorites Kim Kardashian and husband Kanye West showed up to hobnob with the rest of their peers. However, while Kim is receiving accolades for her outfit the internet is questioning why Kanye came through looking like he stumbled in from the nearest bus stop. And the internet remains undefeated when it comes time to roasts celebrities.

An Affair To Remember

The annual Met Gala, which is now in its 71st year, has long been the Go To for celebrities and their stylists to showcase their fashion sense to everyone in the world. Chaired by famed fashion maven Anna Wintour many were intimidated by this year’s theme ‘Camp: Notes on Fashion’ because it meant they would have to let their guards down and give themselves wholly to their creative sides. Kim, who has been shocking her fans and followers with outfits that always spark conversation, did not disappoint with this year’s look in a skin tight Thierry Mugler dress that looked like she had just emerged from the sea.

Of course, since this is Kim we’re talking about, she couldn’t let the jaw dropping outfits stop here. She also donned a completely different dress, still from Mugler and just as risque as the first one, an ice blue dress with matching beaded wig for the Met Gala after party.

Kim definitely knows how to turn heads, but while she was receiving all of the shine her husband Kanye looks like he didn’t try at all with his outfit. As a matter of fact, it looks like he stopped by Target on his way to the Gala and decided the only way to represent was to rock a $50 Dickies jacket. 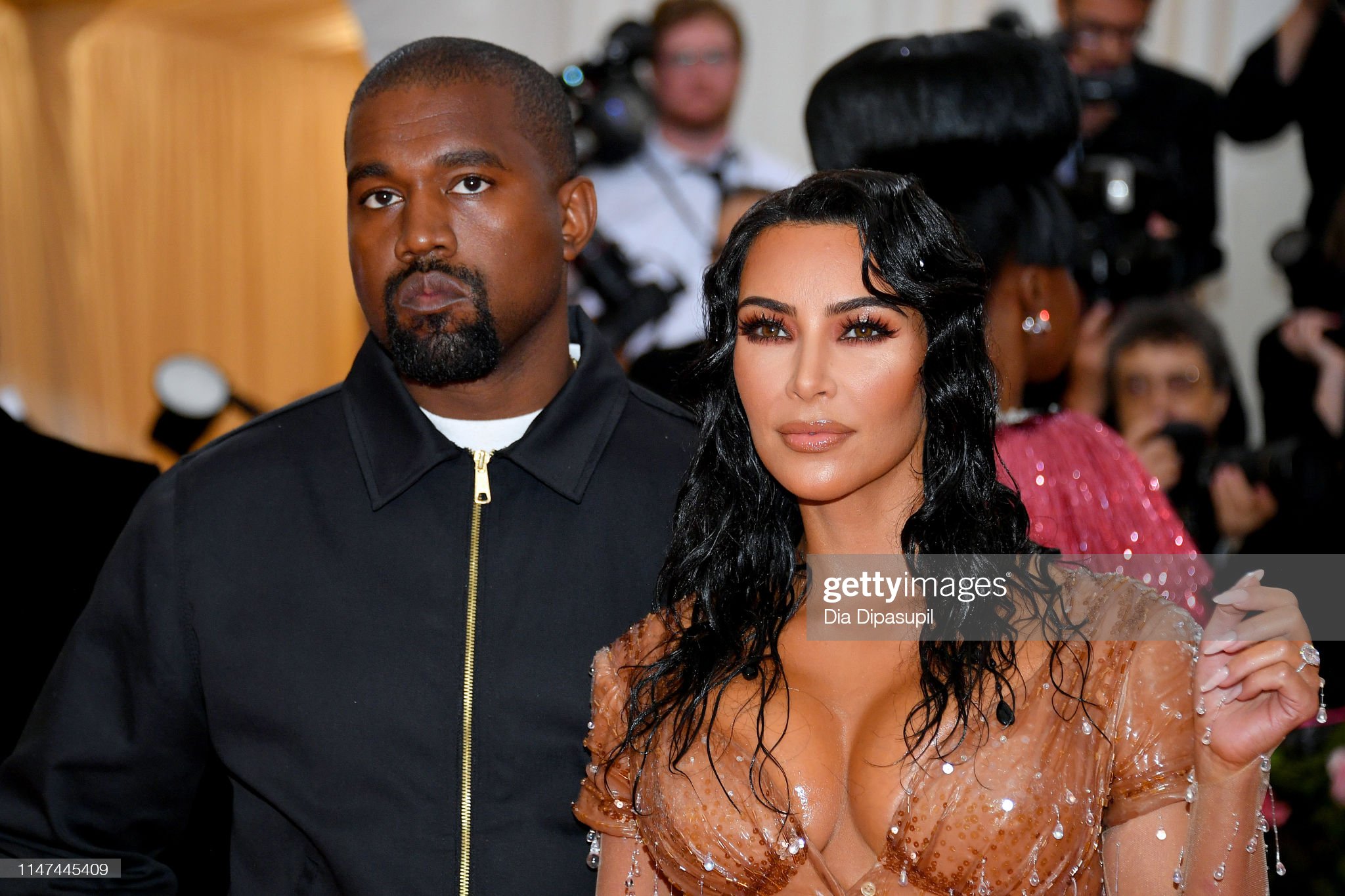 Many people were confused as to who exactly was the man standing next to Kim on the red carpet because he looked like a lost bouncer from a dive bar. And they had no issue with letting Kanye know that his look a an F+++.

Kanye West really is the biggest clown in Hollywood huh. He runs his mouth about being the best at his craft and being a visual artist, a designer but on the night of creativity and fashion, he turns up looking boring as fk - always #metgala pic.twitter.com/X0EoGOCKY2

Who got #KanyeWest out here looking like the janitor from the high school down the street? 🤦🏽‍♀️🤦🏽‍♀️🤦🏽‍♀️🤦🏽‍♀️ #MetGala pic.twitter.com/RWH5ZanIbU

This is out of character for Kanye, who usually kinda puts a bit of thought into his outfits but this time he must have been too intimidated by the Camp theme to really step out of his comfort zone. Or maybe he knew he couldn’t compete with Kim this year so he decided not to try at all. Hey, there’s always next year. And if the theme is ‘Just Got Off Work Now I’m Headed To Chill On The Block‘ he won’t need to buy another outfit.