Brooklyn Nets star Kevin Durant has apologized for using homophobic and misogynistic language during a private interaction with actor and comedian Michael Rapaport on social media.

Earlier this week, Rapaport tweeted screenshots of direct messages he claimed he received from Durant, for which the basketball player has since faced backlash.

"I'm sorry that people seen that language I used," Durant said to reporters on Thursday, ESPN reported. "That's not really what I want people to see and hear from me, but hopefully I can move past it and get back out there on the floor." 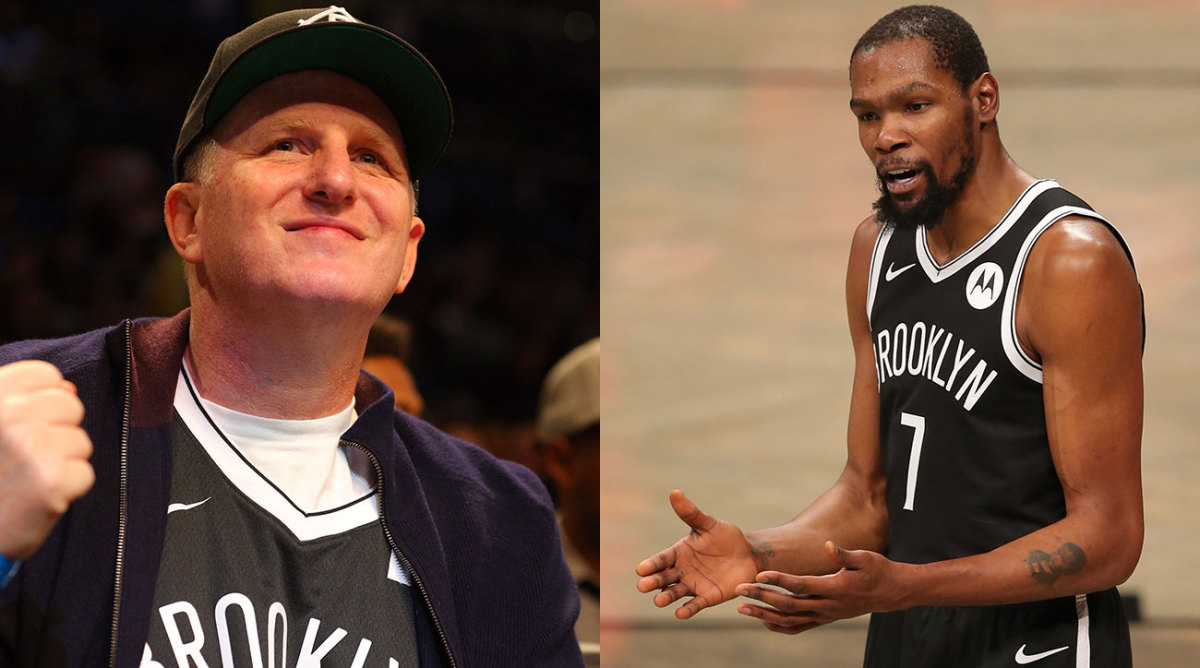 In the exchange with the actor, which took place in December 2020, Durant appeared to take issue with comments made by Rapaport following a post-game interview Durant did with Inside the NBA co-host Charles Barkley.

During the interview, Durant gave a one-word response to one of Barkley's questions — and the moment quickly went viral.

"[Durant] seemed deeply in his feeling with the @NBAonTNT crew after the game," Rapaport wrote on Twitter on Dec. 22. "DAMNIT he's super sensitive about everything. Don't do the interview."

A short time after the tweet, Durant appeared to have sent Rapaport a private message calling him a "bitch" and other profane slurs. He also challenged the actor to a fight, going as far as asking for his address, according to the screengrabs.

"I receive threats and disgusting messages DAILY, but never in my wildest dreams did I think [Durant] would be among them," 51-year-old Rapaport wrote in an NSFW tweet including screenshots of the purported exchange. 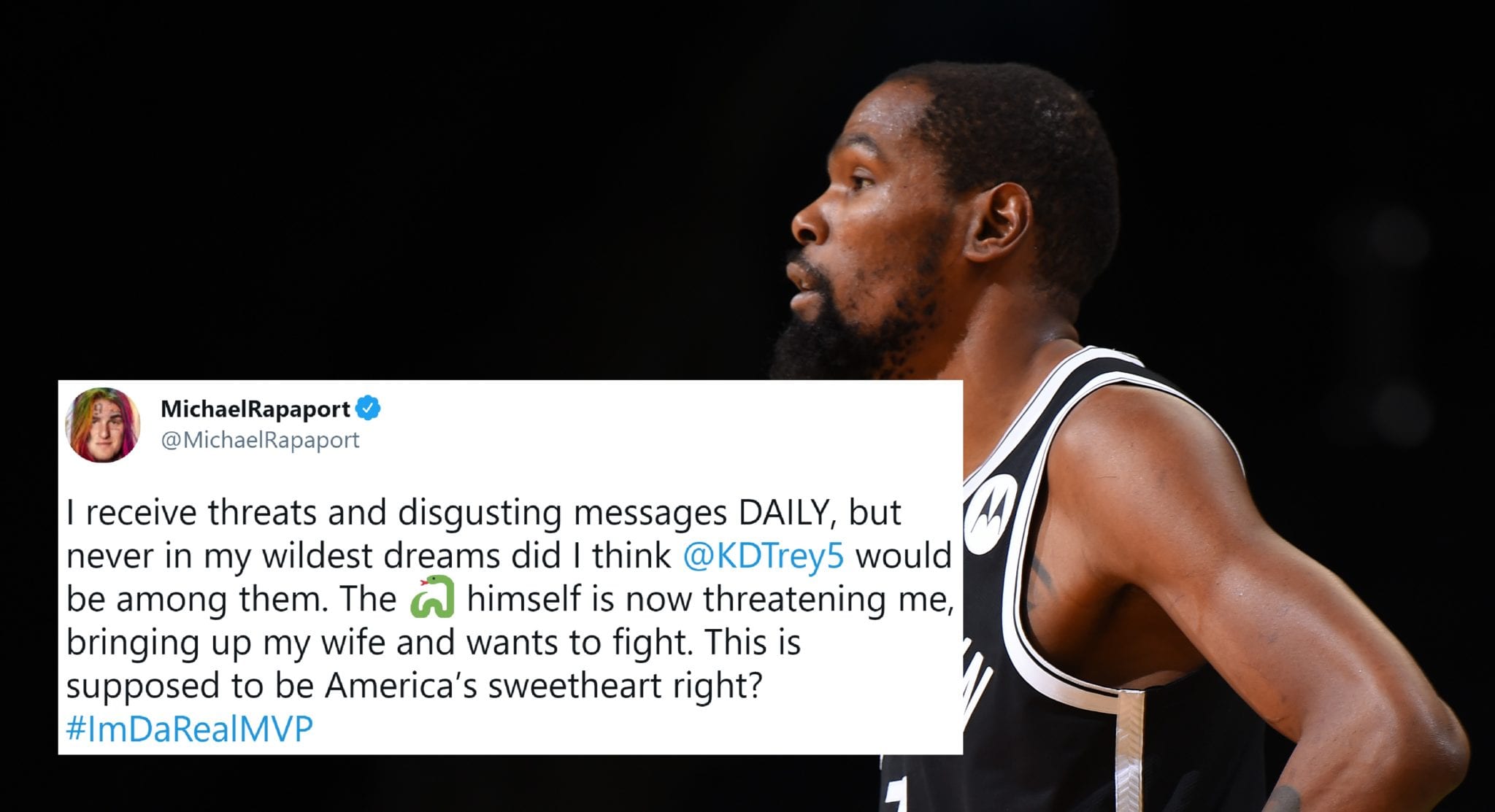 "The [snake emoji] himself is now threatening me, bringing up my wife and wants to fight. This is supposed to be America's sweetheart right?" he added.

In a follow-up message, Durant accused Rapaport of deleting messages from the exchange before posting them publicly. The actor seemingly admitted to editing the thread in a subsequent tweet. He also said that he had told Durant he would "break his f—king jaw," and called him a "bitch" in return.

In a message to another Twitter user on Wednesday, Durant seemed to confirm the interaction with Rapaport was real. 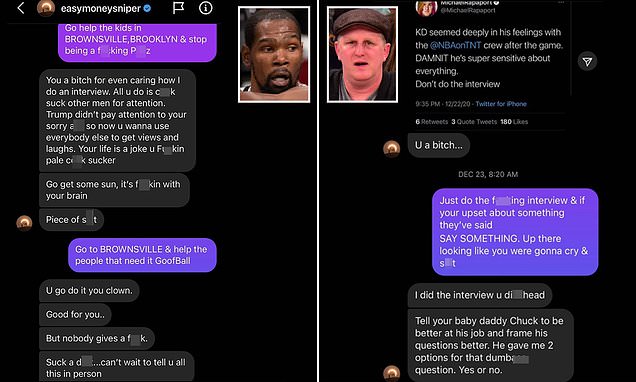 "We need the most prominent voices in the sport to start acknowledging us, to stop talking down to us, to realize that we're just as valid as the rest," one user wrote.

Said Outkick's Clay Travis, "The NBA made Donald Sterling sell his team for racist comments made in a private conversation. They set the precedent that private conversations are actionable when they go public. The same standard should apply for Kevin Durant's DMs. Why isn't it being applied?"

In another exchange on Wednesday, Durant commented "my bad I apologize" underneath Rapaport's post on Instagram, adding that he would "never fight Mike."

Rapaport continued to discuss the situation in Wednesday's episode of his podcast, I Am Rapaport, reading out more of the conversation but also using misogynistic language when referencing Durant. Rapaport called Durant "very sensitive," and said he was acting "like he had his period." 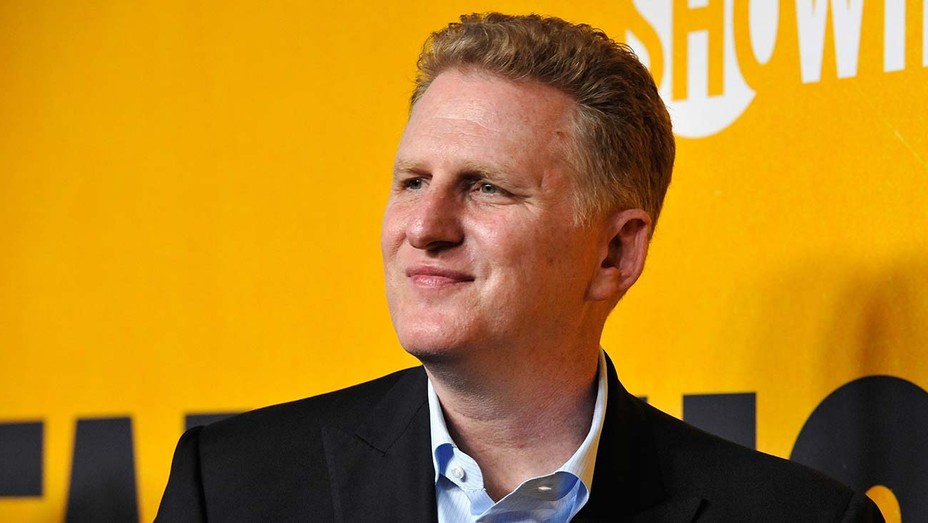 Representatives for Durant and Rapaport — including those from the NBA and Brooklyn Nets — did not immediately respond to PEOPLE's request for comment.

Durant was fined $50,000 for "using offensive and derogatory language on social media," according to a statement from the NBA. NBA release:

"Brooklyn Nets forward Kevin Durant has been fined $50,000 for using offensive and derogatory language on social media, it was announced today by Byron Spruell, President, League Operations. Durant has acknowledged that his actions were inappropriate."

The league typically acts so strongly in these cases only when someone’s language becomes public and invites sufficient backlash.