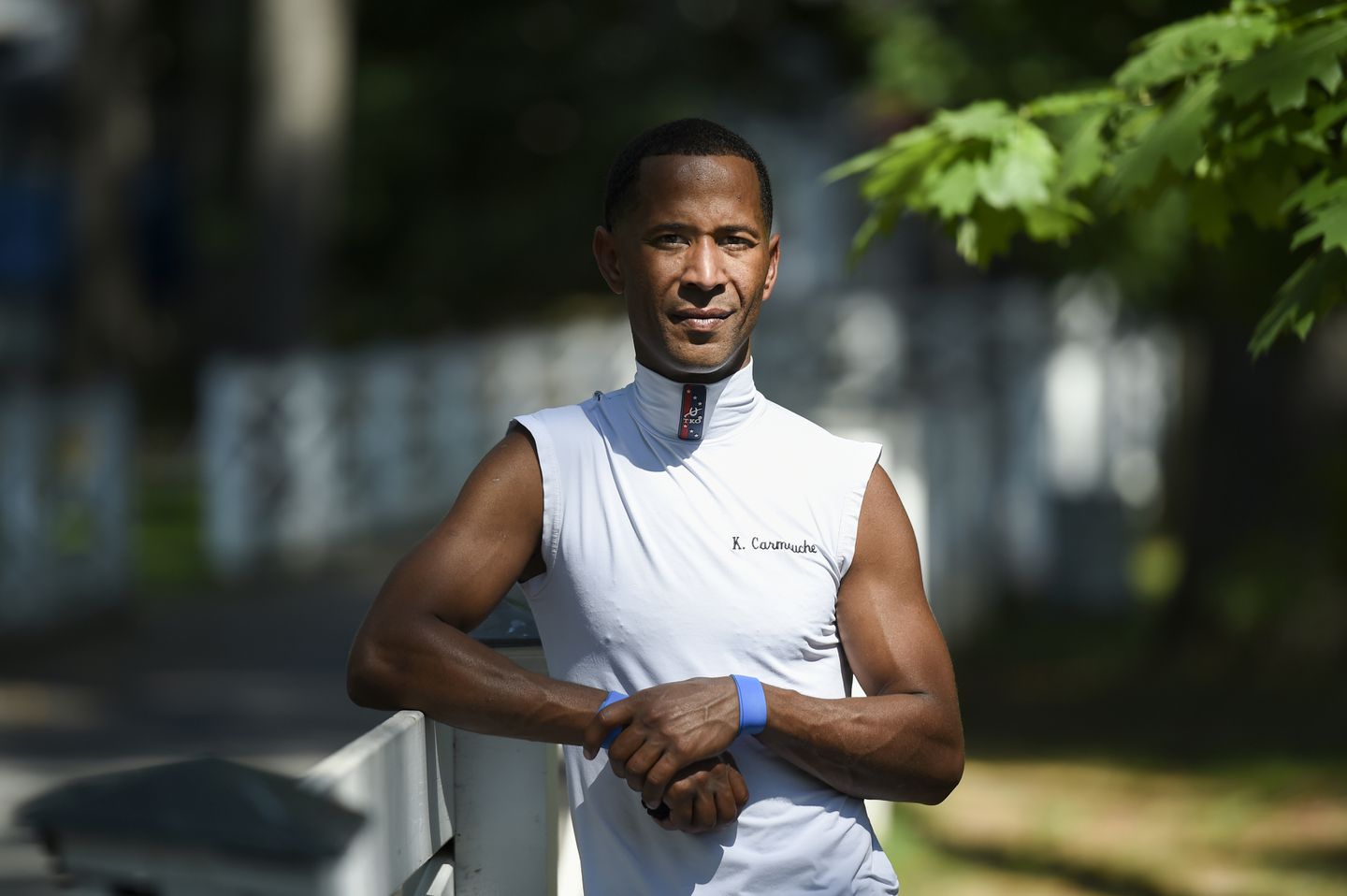 Long before Kendrick Carmouche started riding horses growing up in Louisiana, Black jockeys were synonymous with the sport.

Black riders were atop 13 of the 15 horses in the first Kentucky Derby in 1875 and won 15 of the first 28 editions of the race. Everything has changed since: Carmouche on Saturday will be the first Black jockey in the Kentucky Derby since 2013 and is just one of a handful over the past century.

Carmouche is now one of the few remaining Black jockeys in the U.S. Much like Marlon St. Julien in 2000, Patrick Husbands in 2006 and Kevin Krigger in 2013, his presence in horse racing’s biggest event is a reminder of how the industry marginalized Black jockeys to the point they all but disappeared from the sport.

“As a Black rider getting to the Kentucky Derby, I hope it inspires a lot of people because my road wasn’t easy to get there and I never quit,” Carmouche said. “What I’ve been wanting all my career is to inspire people and make people know that it’s not about color. It’s about how successful you are in life and how far you can fight to get to that point.” 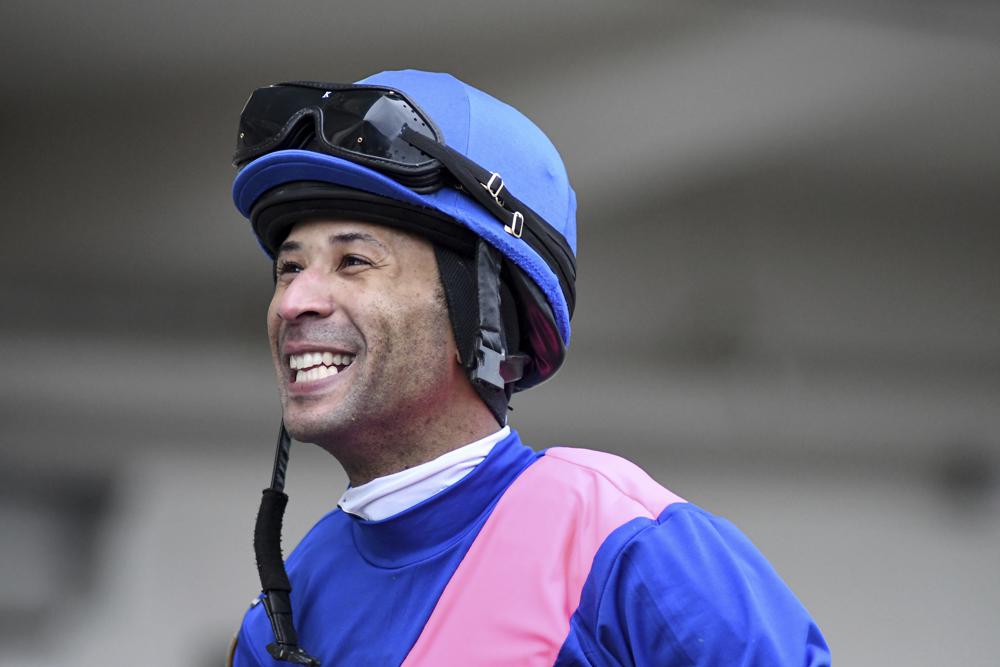 Carmouche is a success story in his own right. He is the son of a jockey who has won more than 3,400 races and earned $118 million since beginning to ride professionally in 2000. He came back from a broken leg three years ago and set himself up for his first Kentucky Derby mount by riding 72-1 long shot Bourbonic to victory in the Wood Memorial on April 3. Bourbonic will leave from the 20th post in Saturday’s race at Churchill Downs.

He’s also a rarity in a sport now dominated by jockeys from Latin America.

“Obviously there haven’t been many in recent decades, but if you go back to the early years of the Derby, the late 1800s, early 1900s, Black jockeys dominated the Kentucky Derby,” NBC Sports analyst Randy Moss said. “Guys like Isaac Murphy and Jimmy Winkfield.”

Carmouche joins St. Julien as the only U.S.-born Black jockeys in the Derby since 1921, which was even then long after the era dominated by Murphy, Winkfield and others.

Chris Goodlett, a historian at the Kentucky Derby Museum, cited a combination of Jim Crow laws and segregation in the U.S., intimidation by white riders and decisions by racing officials, owners and trainers for the decline of Black jockeys in the early 20th century. One example was white counterparts riding Winfield into the rail at Harlem Race Track outside Chicago and injuring him and his horse.

“Consequently, white trainers and owners would be (more) reluctant to ride Black jockeys on their horses due to instances like that,” Goodlett said. “We see it also just from an administrative point of view, as well: fewer licenses being issued to Black jockeys, sometimes not issued at all.”

Brien Bouyea, communications director for the National Museum of Racing and Hall of Fame, said many Black jockeys left for Europe because of better working conditions and never returned. Manny Ycaza came from Panama and blazed a trail for Latin American jockeys, who used riding schools and other factors that changed on-track demographics. 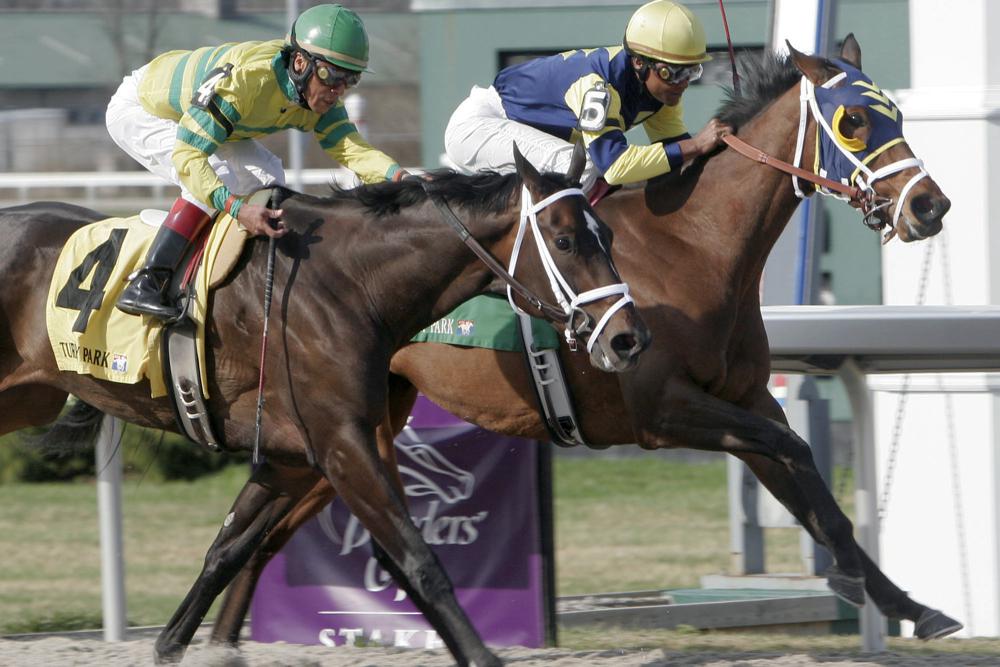 Along the way, participation by Black people in the Kentucky Derby ebbed and flowed with significant contributions along the way, including grooms Will Harbut with Man O’War in 1920 and Eddie Sweat with Secretariat in 1973 and trainer Hank Allen with Northern Wolf in 1989. Harbut’s great grandson, Greg Harbut, co-owned 2020 Derby runner Neckar Island and helped found the Ed Brown Society, named after the 19th century Black jockey and trainer to further diversify racing.

Husbands was well-aware of his unique place in history when he rode Seaside Retreat in the 2006 Derby and feels a connection to Carmouche this year because “the stepping stone that he’s doing for his culture is the same stuff I was trying to do for my culture."

Knowing the history of Black jockeys, Husbands is inspired by Carmouche’s journey.

“When I saw the interview with him two years ago, it bring water to my eyes in terms of how his wife is white, he’s Black and he’s a little bit scared of his kids on his streets,” Husbands said. “It brought me home because he said in this interview that no racetrack was being prejudiced to him. … Now he’s coming in to ride in the Kentucky Derby. It’s like he’s shining a light out there.”

Husbands said Carmouche becoming the first Black jockey to win the Kentucky Derby since 1902 “would be a blessing. It would bring tears to a lot of people’s eyes.”

The usually talkative and confident Carmouche paused several times trying to put into words what it would mean to follow the footsteps of jockeys like first Derby winner Oliver Lewis, Winkfield and Murphy.