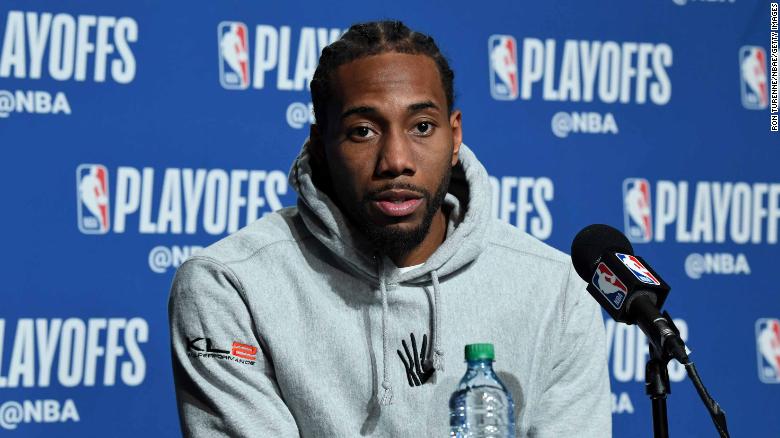 Defeating the Golden State Warriors in the NBA Finals isn't the only task at hand for Toronto Raptors star Kawhi Leonard.

On Monday, Leonard filed a lawsuit against Nike over a personal logo that Leonard says Nike fraudulently copyrighted and that Leonard designed.

The nine-page lawsuit was filed in US District Court for the Southern District of California.

"In 2011, just after being drafted to the National Basketball Association (the 'NBA'), Kawhi Leonard authored a unique logo that included elements that were meaningful and unique to him," the lawsuit said.

"Leonard traced his notably large hand, and, inside the hand, drew stylized versions of his initials 'KL' and the number that he had worn for much of his career, '2.' The drawing Leonard authored was an extension and continuation of drawings he had been creating since early in his college career.

"Several years later, as part of an endorsement deal with Nike, Leonard allowed Nike to use on certain merchandise the logo he created while Leonard continued to use the logo on non-Nike goods.

"Unbeknownst to Leonard and without his consent, Nike filed an application for copyright registration of his logo and falsely represented in the application that Nike had authored the logo.

"Leonard intends to use the logo on clothing lines, footwear and on other products and, among other things, in connection with sports camps and charity functions, but Nike explicitly has objected to such uses."

A Nike representative told CNN on Monday that the company does not comment on pending litigation. The Raptors declined to pass along any statement from Leonard.

A resident of San Diego County, he played college basketball at San Diego State University before entering the 2011 NBA draft. He was selected by the Indiana Pacers but was traded on draft night to the San Antonio Spurs, where he played for seven seasons, winning the NBA Finals and garnering NBA Finals MVP honors in 2014.

Leonard was traded to the Raptors in 2018. Toronto has since gone on to have its best season with the forward, reaching the NBA Finals for the first time in franchise history. The series with the Warriors is even at a game apiece. Game 3 is Wednesday in Oakland.

Leonard signed with Nike in October 2011. During his agreement with the company, the two parties started discussions about creating a logo to add onto merchandise to be sold under the Nike agreement, the lawsuit said.

"Leonard never transferred the rights to the Leonard Logo to Nike -- conversely, as the many communications, including text and e-mails show, Leonard permitted Nike to use the Leonard Logo for their mutual benefit and for the specific purpose of effectuating the Nike Agreement for the term of the contract," the suit said.

"Indeed, Nike representatives recognized Leonard's rights to the Leonard Logo -- referring to it as 'Kawhi's logo' in written communications with Leonard. Leonard, without dispute or challenge from Nike, continued to use the Leonard Logo on non-Nike goods, including apparel and merchandise used for basketball camps, appearances and charity events, even while Nike was affixing Leonard's Logo to Nike merchandise."

In May 2017, the lawsuit alleges, Nike filed an application with the US Copyright Office to register the "Kawhi Leonard Logo" without Leonard's knowledge or consent. On the application, the lawsuit said, Nike claimed authorship in 2014 of the logo and rights and permissions to the logo. 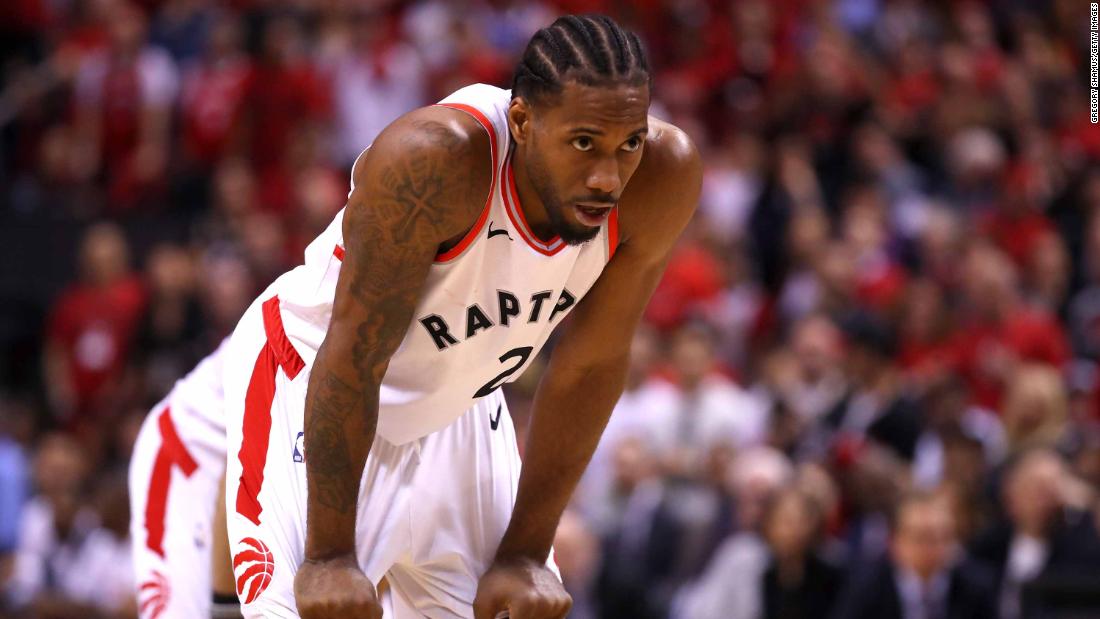 Meanwhile, the lawsuit said, Leonard in November 2017 applied for and subsequently received registration for two trademarks of the logo.

On January 30, Leonard's counsel requested for Nike to rescind its copyrights to the logo, according to the suit. Nike responded March 11 that it owns property rights and demanded Leonard cease use.