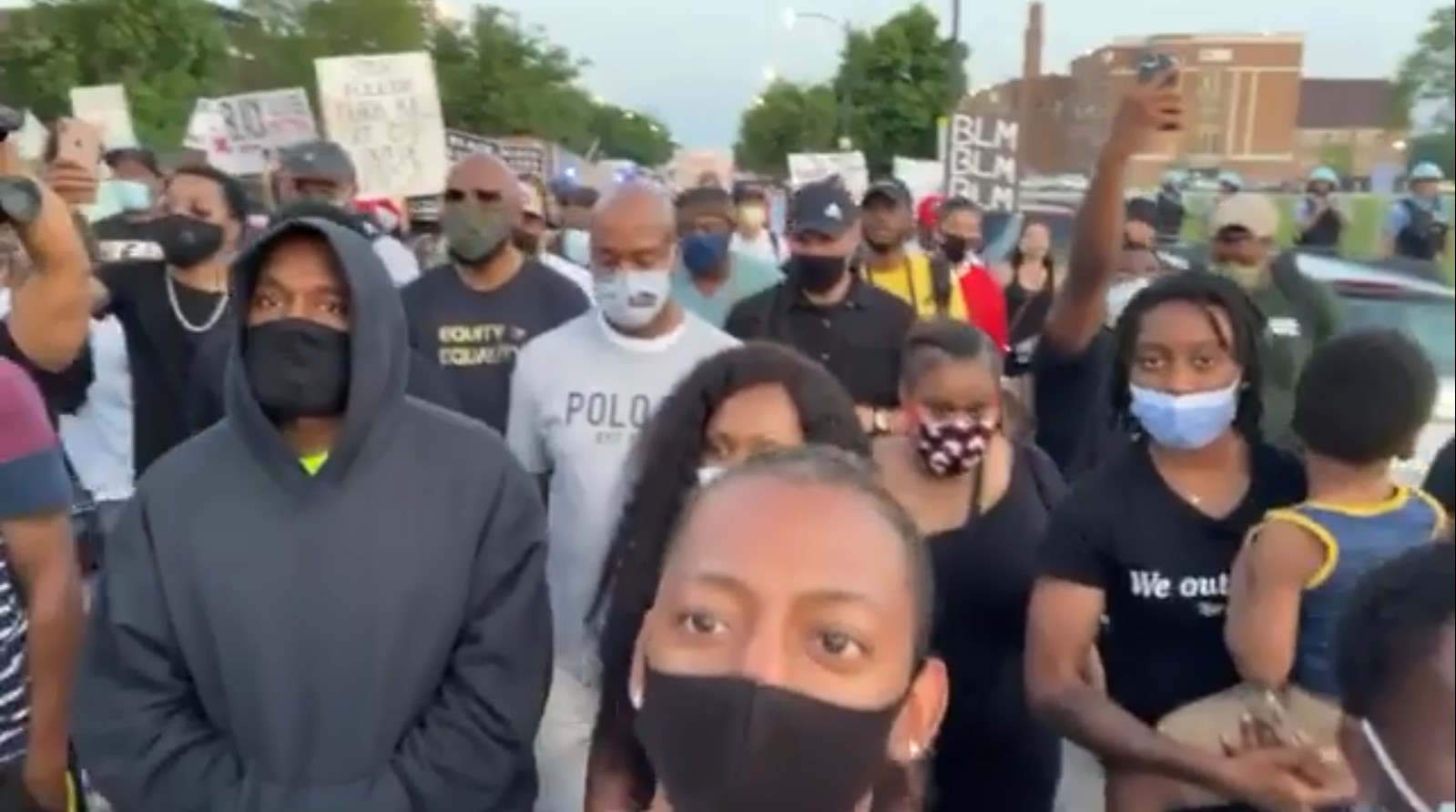 Kanye West has been a darling of controversies for his public statements and political stand over the years.

The rapper recently made news in context with the Black Lives Matter protests that have grown in support in the USA and other parts of the world when he was spotted participating in one of the protests. He was seen with Chicago Public School students as he marched for the rights of black people. Soon after the pictures surfaced online, support for Kanye West gained momentum with fans cheering the rapper. Music industry call for 'Blackout Tuesday' in response to George Floyd death

He also reportedly donated $2M to the families of Ahmaud Arbery, Breonna Taylor, and George Floyd and set up a college fund for Floyd's daughter Gianna 🙏🏾 #JusticeForGeorgeFloyd pic.twitter.com/zH1uhXbJDF

Kanye, on top of the public appearance, has also created a college fund for George Floyd’s daughter, the black man who was murdered by the police in a racist incident that has sparked outrage. The fund will help his daughter Gianna, six-year-old daughter.

In addition, he has also donated $2 million to charities associated with the movement. The charities will help aid Ahmaud Arbery, Breonna Taylor and George Floyd’s families and black-owned businesses with financial contributions in his hometown of Chicago.

The rapper has also pledged to cover legal costs for the Arbery and Taylor families reportedly.

For the unversed, Ahmaud Arbery was fatally shot while on a jog in February, and Breonna Taylor was killed in her home by police in March. Meanwhile George Floyd died on May 25 after police officer Derek Chauvin pinned him to the ground using his knee. He kept his knee on Floyd's neck during his arrest, which led to his death. Chauvin and three other officers involved in Floyd's arrest and resulting death have since been fired, arrested and charged in a criminal case.

Kanye’s wife Kim Kardashian has also lent her support for the movement, which doesn’t come as a surprise as she has before too, got leniency from the US President for many who she calls were “falsely accused”. In a statement, Kim posted, "For years, with every horrific murder of an innocent Black man, woman, or child, I have always tried to find the right words to express my condolences and outrage, but the privilege I am afforded by the color of my skin has often left me feeling like this is not a fight that I can truly take on my own. Not today, not anymore.”