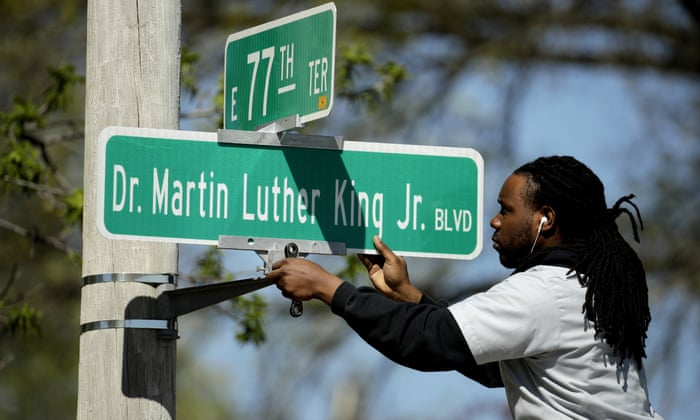 Voters have overwhelmingly approved removing Dr Martin Luther King’s name from one of the most historic boulevards in Kansas City, Missouri, less than a year after the city council decided to rename The Paseo for the civil rights icon.

Unofficial results from a ballot on Tuesday showed the proposal to remove King’s name received nearly 70% of the vote, with just over 30% voting to retain King’s name.

The debate over the name of the 10-mile (16.1km) boulevard on the city’s mostly black east side began shortly after the council’s decision in January to rename The Paseo for King. Civil rights leaders who pushed for the change celebrated when the street signs went up, believing they had finally won a decades-long battle to honor King, which appeared to end Kansas City’s reputation as one of the largest US cities in the country without a street named for him. 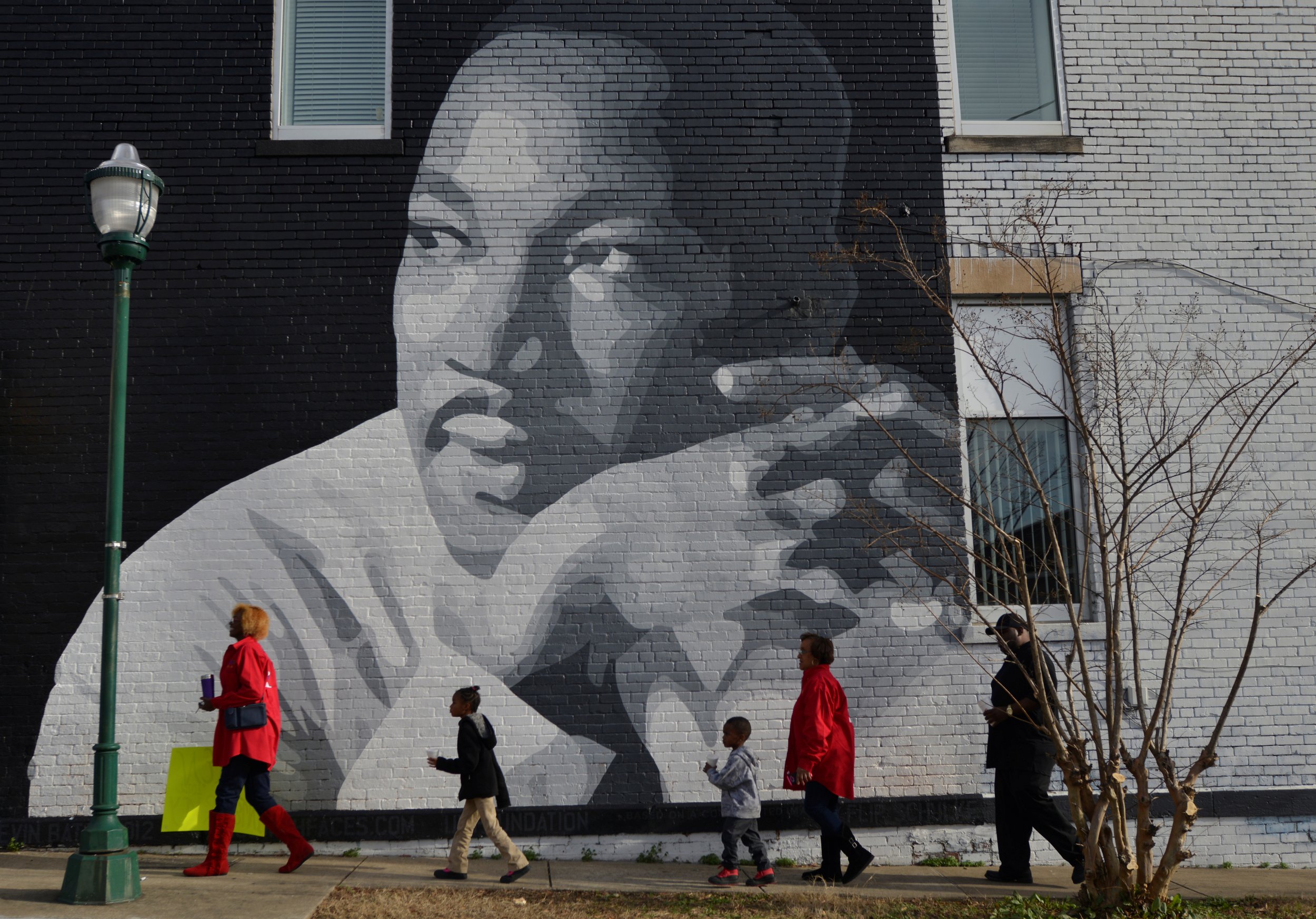 But a group of residents intent on keeping The Paseo name began collecting petitions to put the name change on the ballot and achieved that goal in April.

The campaign has been divisive, with supporters of King’s name accusing opponents of being racist, while supporters of The Paseo name say city leaders pushed the name change through without following proper procedures and ignored The Paseo’s historic value.

Emotions reached a peak on Sunday, when members of the “Save the Paseo” group staged a silent protest at a get-out-the-vote rally at a black church for people wanting to keep the King name. They walked into the Paseo Baptist church and stood along its two aisles. The protesters stood silently and did not react to several speakers that accused them of being disrespectful in a church but they also refused requests from preachers to sit down.

The Save the Paseo group collected 2,857 signatures in April – far more than the 1,700 needed – to have the name change put to a public vote.

Many supporters of the Martin Luther King name suggested the opponents are racist, saying Save the Paseo is a mostly white group and that many of its members don’t live on the street, which runs north to south through a largely black area of the city. They said removing the name would send a negative image of Kansas City to the rest of the world, and could hurt business and tourism.

Supporters of the Paseo name rejected the allegations of racism, noting that many black residents backed their efforts and saying they have respect for King and want the city to find a way to honor him. They opposed the name change because they say the city council did not follow city charter procedures when making the change and didn’t notify most residents on the street about the proposal. Former council member Alissa Canady, who is black, was among those who said the process disenfranchised the mostly black residents of the boulevard.

Supporters of the Paseo name said it was a historic name for the city’s first boulevard, which was completed in 1899. The north end of the boulevard is listed on the National Register of Historic Places. 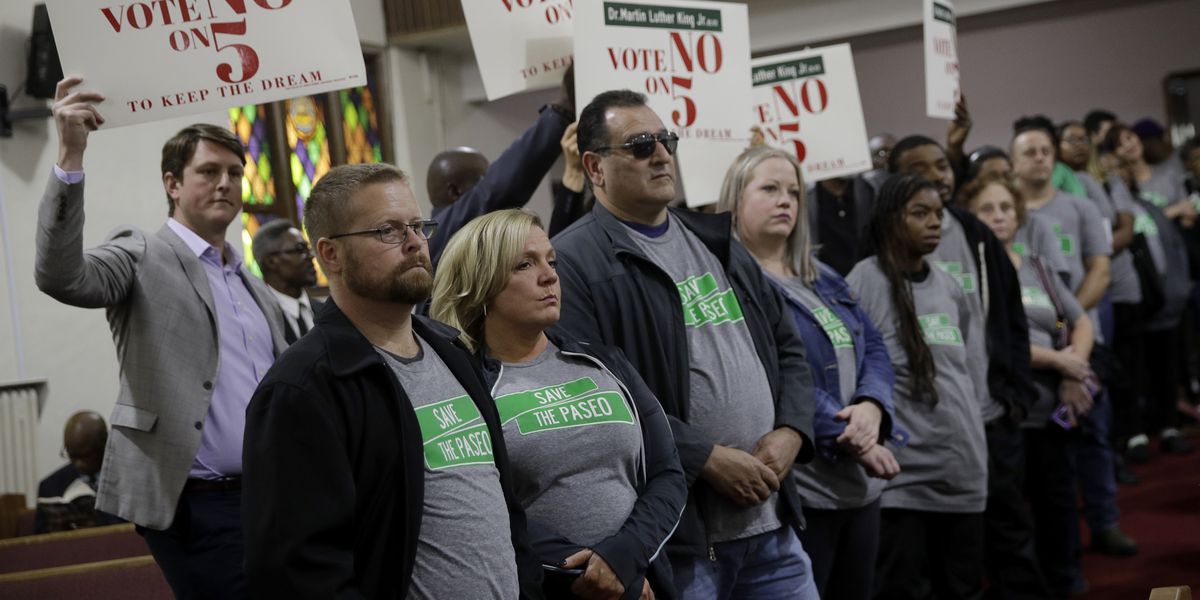 The city council voted in January to rename the boulevard for King, responding to a years-long effort from the city’s black leaders and pressure from the local chapter of the Southern Christian Leadership Conference, a civil rights organization that King helped start.

US representative Emanuel Cleaver, a minister and former Kansas City mayor who has pushed the city to rename a street for King for years, was at Sunday’s rally. He said the protesters were welcome, but he asked them to consider the damage that would be done if Kansas City removed King’s name.

“I am standing here simply begging you to sit down. This is not appropriate in a church of Jesus Christ,” Cleaver told the group.

Tim Smith, who organized the protest, said it was designed to force the black Christian leaders who had mischaracterized the Save the Paseo group as racist to “say it to our faces”.

“If tonight, someone wants to characterize what we did as hostile, violent or uncivil, it’s a mischaracterization of what happened,” Smith said. “We didn’t say anything, we didn’t do anything, we just stood.”

The Rev Vernon Howard, president of the Kansas City chapter of the SCLU, told the Associated Press that the King street sign is a powerful symbol for everyone but particularly for black children.

“I think that only if you are a black child growing up in the inner city lacking the kind of resources, lacking the kinds of images and models for mentoring, modeling, vocation and career, can you actually understand what that name on that sign can mean to a child in this community,” Howard said.

If the sign were taken down, “the reverse will be true”, he said.

“What people will wonder in their minds and hearts is why and how something so good, uplifting and edifying, how can something like that be taken away?” he said.

But Diane Euston, a leader of the Save the Paseo group, said that The Paseo “doesn’t just mean something to one community in Kansas City”.

“It means something to everyone in Kansas City,” she said. “It holds kind of a special place in so many people’s hearts and memories. It’s not just historical on paper, it’s historical in people’s memory. It’s very important to Kansas City.”