The Department of Justice announced Monday it is considering whether to bring federal hate crime charges against two white men who shot and killed Ahmaud Arbery, a 25-year-old Black man, while he was jogging through a suburb in Glynn County, Georgia, earlier this year.

In a gruesome video that only recently surfaced, Gregory and Travis McMichael, a father and son, are seen shooting Arbery in the street with a shotgun and a .357 Magnum on Feb. 23.

A Justice Department spokesperson said the agency was “assessing all of the evidence to determine whether federal hate crime charges are appropriate.”

The video footage was released in late April, but authorities in Glynn County have known about the shooting and the people involved since it happened. Arbery’s killers, however, were not arrested until last Friday. The first two prosecutors assigned to the case have since withdrawn. Glynn County prosecutor Jackie Johnson recused herself after citing her connections to Gregory McMichael, 64, a former county prosecutor and police officer. The second, District Attorney George Barnhill in Ware County, resigned because his son works in an office where McMichael once worked.

Barnhill claimed the McMichaels were “allowed to use deadly force” to protect themselves from Arbery, who he claimed, without evidence, had attacked the two white men.

On Monday, Georgia’s attorney general, Chris Carr, asked the Department of Justice to investigate “communications and discussions” between Barnhill and Johnson. 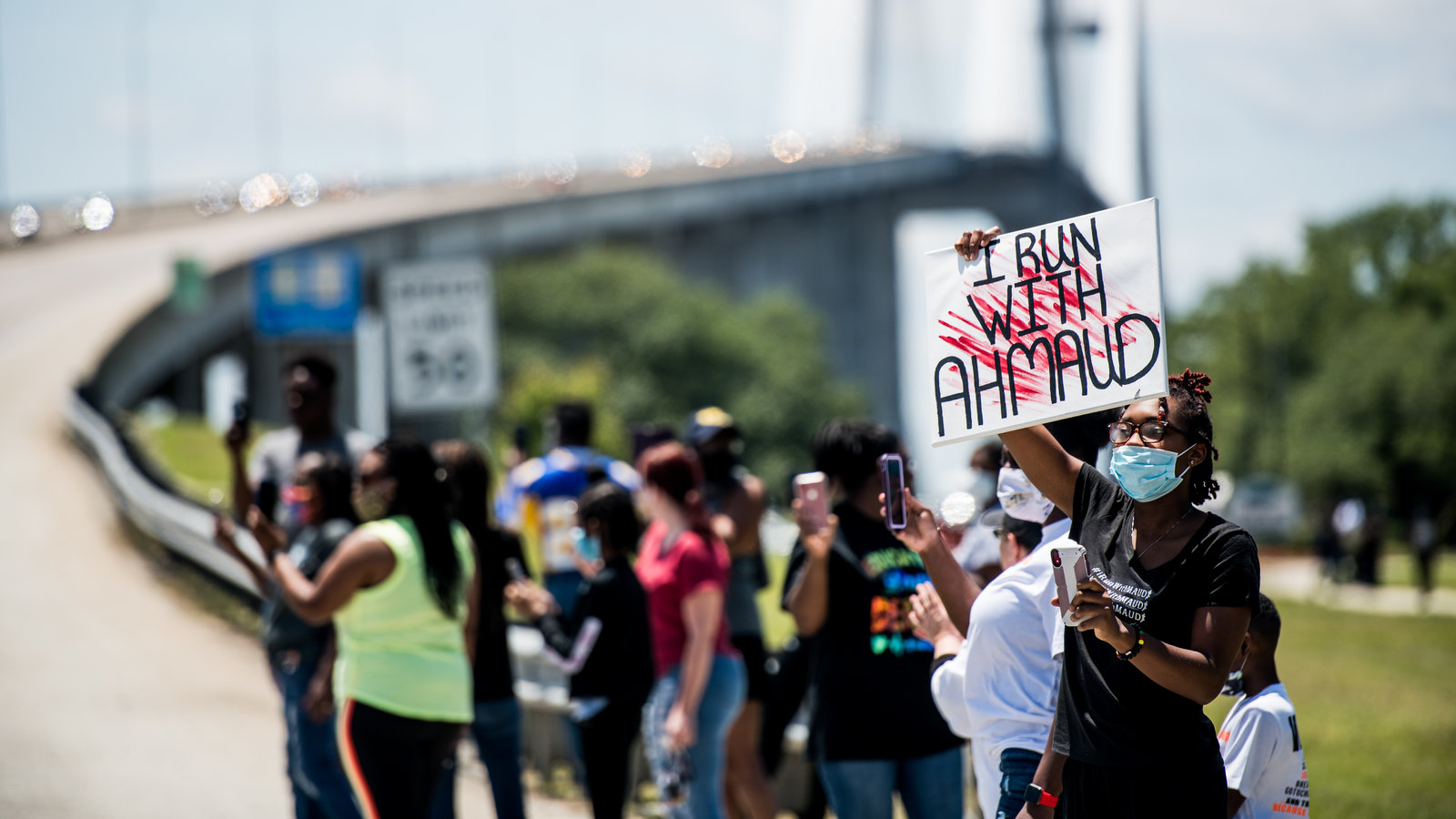 The Justice Department said it is “considering the request of the Attorney General of Georgia and have asked that he forward to federal authorities any information that he has about the handling of the investigation.”

In recent days, lawyers for Ahmad Arbery’s family have referred to the case as a “potential coverup,” and supporters and civil rights advocates around the country have demanded answers as to why the father and son hadn’t been investigated or arrested until a video of the shooting, taken by a third man who knew the McMichaels, went viral. On May 7, The Guardian released 911 recordings of a caller, believed to be Gregory McMichael, reporting a “Black guy” running and looking inside a home under construction in the Satilla Shores neighborhood in Brunswick. The call came minutes before Arbery was killed, and surveillance video from the site shows Arbery walking in the home construction site before leaving moments later.

On Monday, attorneys for Ahmaud Arbery’s family said the video confirms “Ahmaud’s actions at this empty home were in no way a felony under Georgia law,” and lawyers for the property owners said the family denounced Gregory and Travis McMichael for taking the law into their own hands.