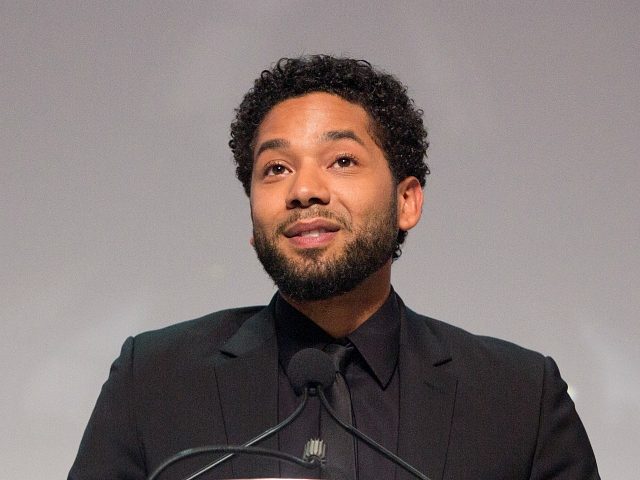 Michael Monico, the high-powered criminal defense attorney representing longtime Trump lawyer Michael Cohen, revealed Thursday that he is also representing Empire star Jussie Smollett, the actor-singer reports indicate may have been involved in staging an attack on himself last month.

Monico, appearing on WGN’s The Roe Conn Show, discussed Cohen and special counsel Robert Mueller’s Russia investigation for several minutes, before confirming the actor is a client of his.

“Oh for god sakes!” Conn joked. “Can you stop getting clients so I can talk to you about the stories?” It is unclear when Monico began representing Smollett, and in what capacity he is doing so.

The development comes as an investigation into Smollett’s account of being beaten in a racist, anti-gay attack took a sharp turn Friday when police announced the arrest of two black men they believe assaulted him.

At least one of the men worked on the TV show, police said.

Police spokesman Anthony Guglielmi said authorities had probable cause to believe the suspects committed assault and battery against Smollett. However, they had not been charged as of Friday afternoon.

Smollett, who is gay, has said two masked men shouting racial and anti-gay slurs and “This is MAGA country!” beat him and looped a rope around his neck early on Jan. 29 before running away. Further, he claimed they also poured some kind of chemical on him.

The police spokesman said that there is “no evidence to say that this is a hoax” and that Smollett “continues to be treated by police as a victim, not a suspect.” The two suspects, identified only as Nigerian brothers, were picked up at Chicago’s O’Hare Airport on Wednesday on their return from Nigeria after police learned at least one worked on Empire, according to police.

Guglielmi said police have not found any surveillance video of an attack but continue to look. He said police also are contacting stores in the hope of finding out who bought the rope that was around Smollett’s neck.

In an interview with ABC News, the singer and actor said he didn’t remove the rope from around his neck before police arrived “because I wanted them to see.”

Smollett also said he initially refused to give police his cellphone because the device contained private content and phone numbers. He later gave detectives heavily redacted phone records that police have said are insufficient for an investigation.

The Associated Press contributed to this report.