Jussie Smollett has broken his social media silence with a post suggesting his “quarantine” started long before the coronavirus pandemic.

The former “Empire” actor returned to Instagram on Wednesday for the first time since June 2019. In a short video, he sings a verse of Stevie Wonder’s 1966 hit “A Place in the Sun.”

“Quarantine day 421,” he wrote in the accompanying caption. “Hope y’all are staying safe. Spread love and kindness... not Rona.”

Hope y’all are staying safe. Spread love and kindness... not Rona. Bro @davidmichaelott on 🎹 (I swear Imma learn this before I walk outside) 😷🙏🏾😩

Wednesday (March 25) marked 421 days since Jan. 29, 2019, the date when Smollett first told Chicago police he was attacked in a racist and anti-LGBTQ hate crime.

After an investigation, law enforcement accused Smollett of having orchestrated the entire incident and filing a false police report.

About a month after making the claims, the actor ― who has maintained his innocence ― was charged with 16 felony counts of disorderly conduct.

Prosecutors later dropped those charges, but Smollett’s legal woes were far from over. 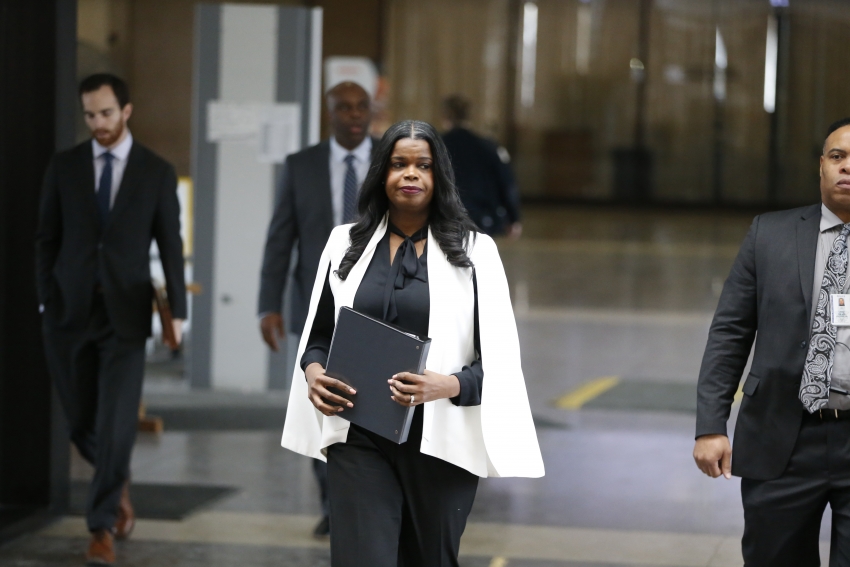 Last month, a grand jury revived the case against him with a six-count indictment. He has pleaded not guilty to the new charges.

As of Thursday, his Instagram post had drawn a smattering of praise from fellow actors and celebrity pals, including Cynthia Erivo and Blair Underwood.

Whether Smollett, who lives in Chicago, will continue to share his thoughts on the pandemic on social media is anybody’s guess, but for now, he’ll be hunkering down. Last week, Illinois Gov. J.B. Pritzker (D) issued a stay-at-home order for all residents of the Prairie State to curb the spread of COVID-19, the disease caused by the coronavirus, through April 7.