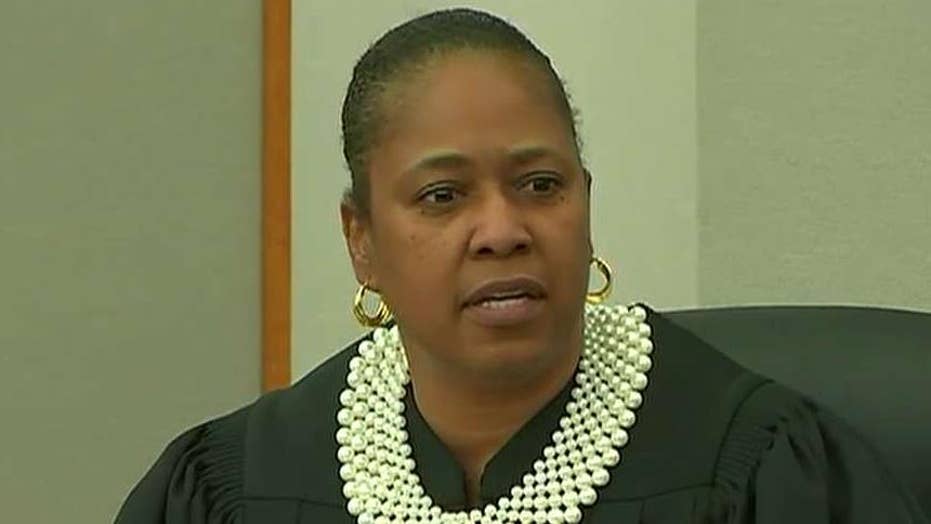 The judge who presided over the trial of Dallas cop Amber Guyger is under fire for hugging the killer, who was sentenced to prison for fatally shooting her unarmed black neighbor.

Following the sentencing Thursday, Dallas County Judge Tammy Kemp walked over to Guyger on the bench and handed her a Bible.

“You can have mine. I have three or four at home,” Kemp was heard telling the 31-year-old fired police officer, according to news station WFAA. Guyger was sentenced by a jury to 10 years behind bars for killing 26-year-old Botham Jean, whom she claims she mistook for an intruder when she entered his apartment instead of her own.

Kemp appeared to console Guyger when she read the Bible passage John 3:16, which states, “For God so loved the world that he gave his one and only Son, that whoever believes in him shall not perish but have eternal life.”

“You just need a tiny mustard seed of faith. You start with this,” the judge said, according to the report.

Guyger then hugged Kemp in a long embrace before the convicted felon was escorted out of the courtroom to begin her 10-year sentence. 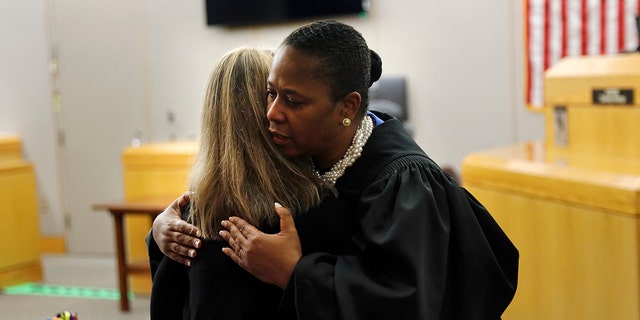 "You haven’t done so much that you can’t be forgiven,” the judge told her. “You did something bad in one moment in time. What you do now matters.”

But some criticized Kemp for the act of mercy in the courtroom.

“A judge must be impartial. Tammy Kemp has undermined her credibility,” tweeted SiriusXM host Joe Madison.

A judge must be impartial. Tammy Kemp has undermined her credibility.https://t.co/ZO0fHES5hQ

Another user tweeted that Kemp was “completely out of line.”

“Guyger got on that stand, lied about thinking she was at home, pretended to cry, and y’all are pushing the ‘hug it out and forgive’ narrative? Nope,” the tweet said.

Guyger got on that stand, lied about thinking she was at home, pretended to cry, and y'all are pushing the "hug it out and forgive" narrative? Nope. Stop exploiting his brother's grief to promote an agenda, and Kemp was completely out of order.

The emotional moment between Guyger and Kemp came after Jean’s brother, Brandt, embraced his sibling’s killer in court.

Despite being black, Kemp has also been criticized by different groups who question whether a black defendant would get the same treatment as Guyger.