The Singleton family told Fox News Monday it was an "agonizing decision" that they made "over a number of days, with the careful counsel of John's doctors."

"John Singleton is a prolific, ground-breaking director who changed the game and opened doors in Hollywood, a world that was just a few miles away, yet worlds away, from the neighborhood in which he grew up," the statement said.

Singleton had been in a coma after suffering a major stroke more than a week ago.

Singleton's family had previously confirmed he suffered a stroke on April 17 but did not elaborate on his condition.

Singleton, 51, who was the first black filmmaker nominated for the best director Oscar award, is known for films like "Boyz n the Hood" and "Poetic Justice." Monday's statement said: "John loved nothing more than giving opportunities to new talent and his films came to be known for career-making roles with actors who the industry would come to embrace; talents such as Tupac Shakur, Regina King, Cuba Gooding Jr., Terrence Howard, Ice Cube, Tyrese and Taraji P. Henson. 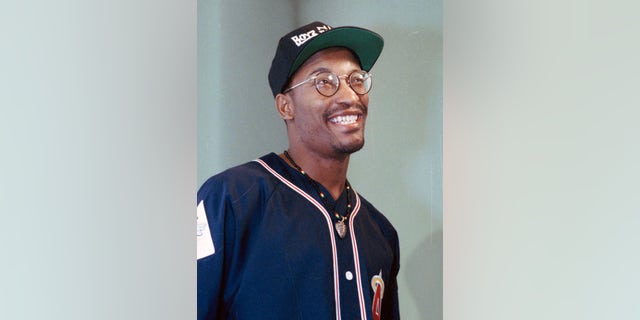 A show he co-created for the FX Network, "Snowfall," was renewed last year for a third season.

Singleton's peers and colleagues have expressed their affection.

"Showing love/support for a fellow black director from LA," Ava DuVernay wrote in a tweet. "He is a lovely man. Pray with me."

His friends, colleagues and admirers were wishing him well as word of his poor health spread.

Shonda Rhimes, the Rev. Al Sharpton and fellow director Ava DuVernay were among those offering prayers on Twitter.

RIP John Singleton. So sad to hear. John was a brave artist and a true inspiration. His vision changed everything.

John Singleton, father, director, writer, and trailblazer, has been taken off life support per a statement from his family.

There was a time when I was struggling to pay my bills in film school and not sure this town was for me. And one day, not long after Boyz N The Hood exploded on the scene, my phone rang. It was John Singleton. John did not know me at all. But someone at USC had told him I was talented and he was kindly calling to offer me some words of encouragement. He told me to keep writing. I never forgot it. Praying for him and for his family now.

"It is with heavy hearts we announce that our beloved son, father and friend, John Daniel Singleton will be taken off of life support today. This was an agonizing decision, one that our family made, over a number of days, with the careful counsel of John’s doctors.

John Singleton is a prolific, ground-breaking director who changed the game and opened doors in Hollywood, a world that was just a few miles away, yet worlds away, from the neighborhood in which he grew up.

John grew up in South Central L.A with a love of cinema that showed itself early on. He went on to become one of the most lauded graduates of the USC School of Cinematic Arts. Within months of graduating, John returned to South Central to shoot his debut feature, Boyz N the Hood. The movie, which was unusually shot in sequence, masterfully captured a story of friendship, youth and the peril of hard choices in a community marred by gang violence. The film earned special honors at its debut at Cannes and Singleton went onto become the youngest director and first African-American writer-director nominated for the Academy Award. Two decades later, the film was placed in the Library of Congress, a marker of its cultural and historical significance."