French designer Jean-Paul Gaultier shocked the fashion world Friday by saying his next Paris haute couture show will be his last.

The flamboyant creator said he would be bowing out Wednesday with "a big party" to mark his 50 years in the business after his latest collection hits the catwalk.

His brand told AFP that his high-end fashion and perfume business would live on, but that 67-year-old Gaultier was stepping back from designing clothes himself.

"Rest assured, haute couture will continue with a new concept," said the designer, who made pop history by putting Madonna in a conical bra, invented the "man skirt" and brought body diversity to the runway.

American singer Beth Ditto and the bearded Austrian drag queen Conchita Wurst were among the atypical models whom he charmed into his party-like shows.

The eternal enfant terrible dropped his bombshell in a typically jokey video message, shot as if he was giving an exclusive interview to a reporter over the phone.

Reclining on a chaise longue, Gaultier whispered, "Now I am going to give you a scoop. It will be my last couture show. You have to come, you can't miss that... but, but, but, I assure you, Gaultier Paris will go on, the haute couture will continue.

"I have a new concept. I will tell you about it later, all the little secrets. To be continued! Kisses!"

Farida Khelfa, the first supermodel of North African origin, whose career Gaultier launched, was among the first to react to the news.

"Thank you maestro," she wrote on Instagram next to a picture of them arm-in-arm on the catwalk, a rose between her teeth.

Gaultier stopped designing ready-to-wear clothes in 2015 to concentrate on haute couture -- extravagant handmade clothes which only the world's richest women can afford.

But as late as last year, the maverick insisted that he had no intention of hanging up his scissors -- although he despaired of animal rights activists pressuring him to stop using furs.

"I really like the feel of fur," he told AFP, as he confessed that he was wavering about dropping furs from his shows.

"I have a charming little pussy, and I love animals, though I draw the line at crocodiles," he said.

While his couture business owned by the Catalan luxury group Puig was never a huge money maker, his perfumes -- often featuring his impossibly handsome sailor boys -- continue to be bestsellers.

A child fashion prodigy, Gaultier said he started by making showgirl outfits for his teddy bear.

He was personal assistant to French fashion magnate Pierre Cardin at 18, and rose to fame in the 1980s alongside designers like Thierry Mugler when the Paris fashion scene was at its most decadent.

From the start he challenged gender stereotypes and conventional ideas of beauty, once placing an advert for "atypical" models.

"The facially disfigured should not refrain from applying," he added. 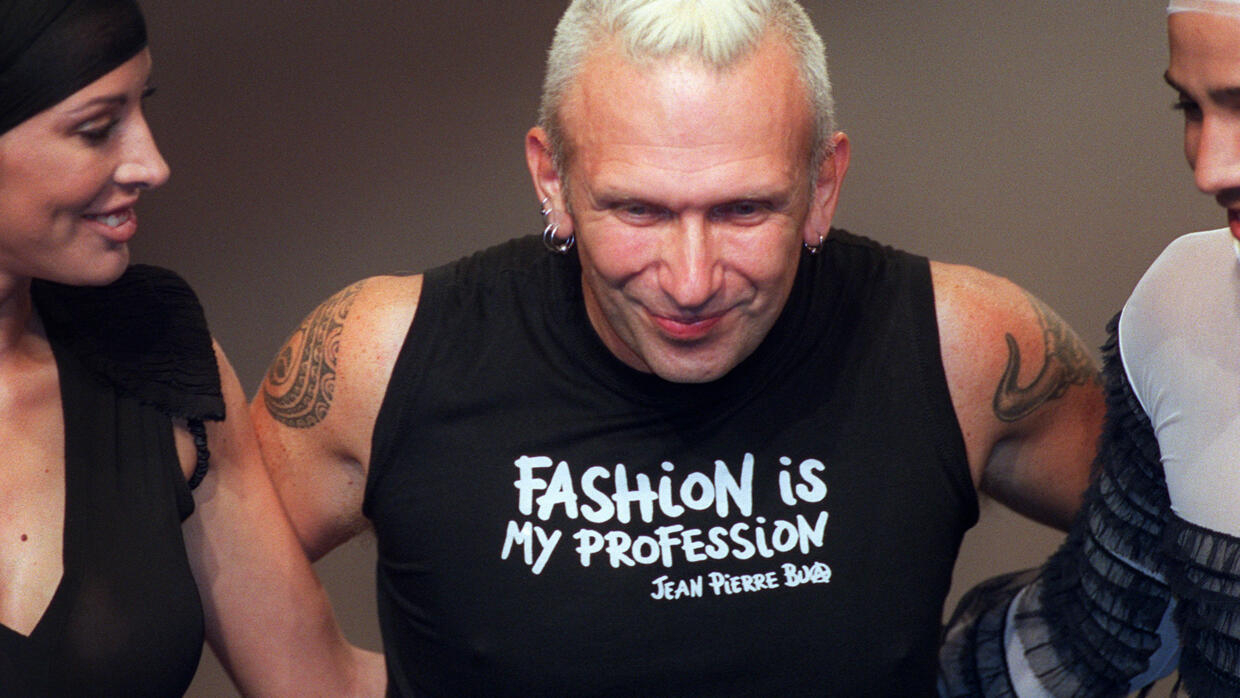 Gaultier carved out a parallel television career with a huge cult following as the co-presenter of a cheeky series, "Eurotrash".

He was also the industry's jester-in-chief. In a world riddled with snobbery and pretension, he had the common touch -- poking fun at himself and fashion's myriad follies.

In 2018, he staged his own hit cabaret show in Paris based loosely on his life, called "Fashion Freak Show".

The Guardian hailed it as "a fabulous fiesta of fabric and flesh" when it transferred to London last year.

It included a key moment that was to change his life -- the first time he laid eyes on a corset in his grandmother's wardrobe.

He traced his fascination to corsetry and bondage to that moment -- and both would be recurring motifs in a career also replete with leather togas and tutus, feathers and all sorts of outsiders and freaks. 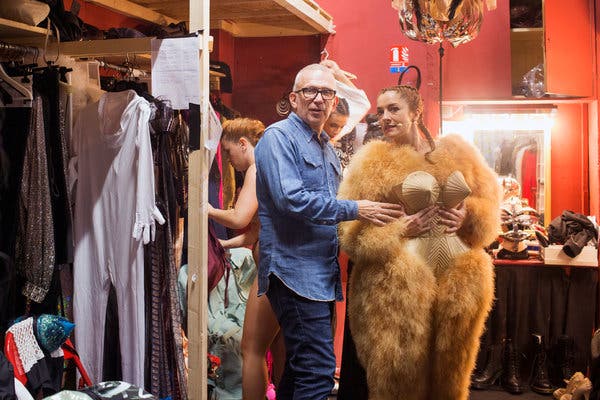 Hugely-loved within the fashion world, Gaultier pioneered using plus-sized models and welcomed "all shapes sizes and sexualities" on his catwalk.

A spokeswoman for his brand told AFP the designer would be back, but like the veteran Japanese creator Kenzo -- who has moved into interior design -- it would be in other areas.