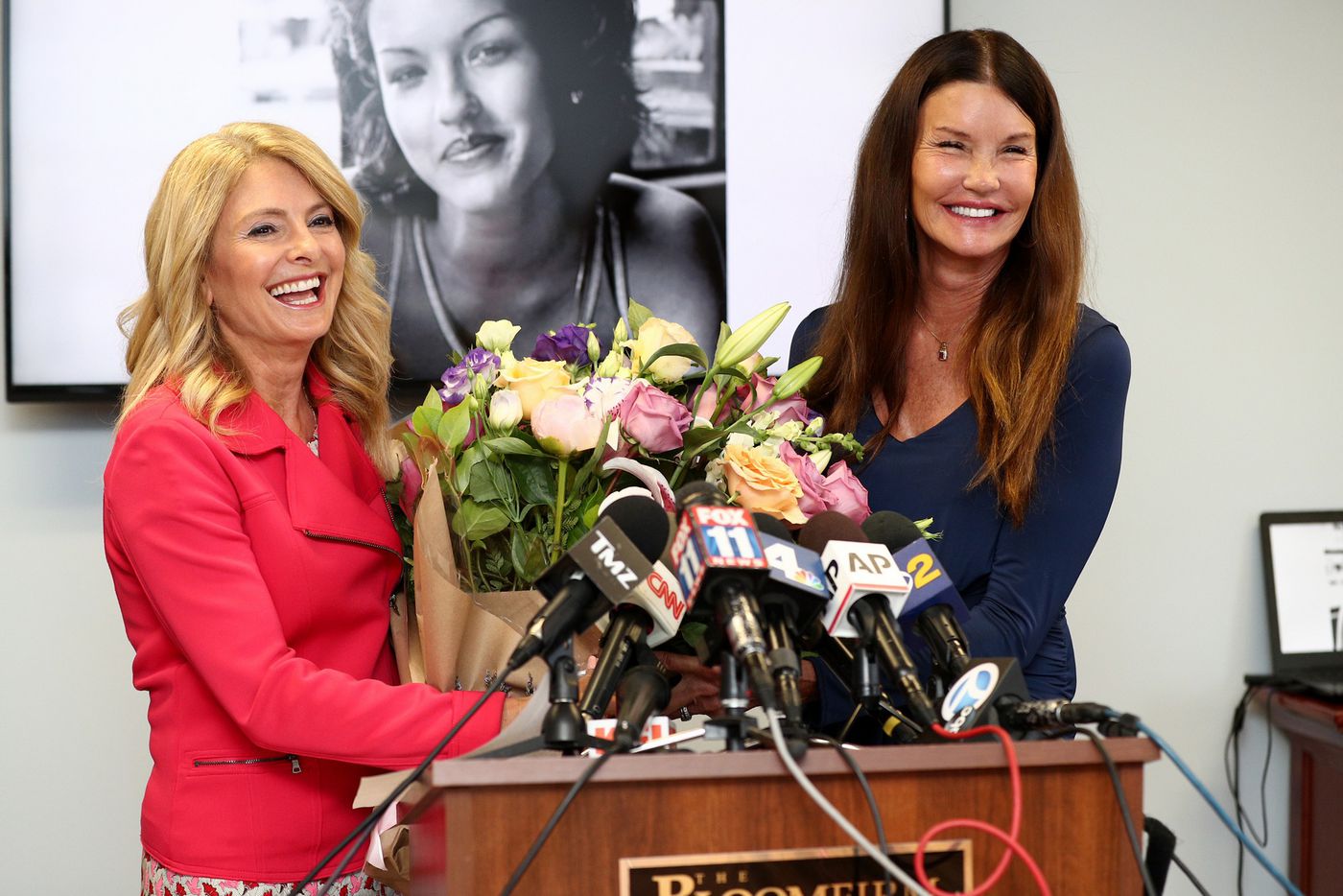 Model and TV personality Janice Dickinson on Thursday called a settlement in her defamation lawsuit against the now imprisoned Bill Cosby a victory that brings a measure of justice, but that in the end is only a partial help.

“In reality, nothing can erase the experience and memory of an assault,” Dickinson said at a news conference. “Jail is where he belongs. There are not enough years left for him to pay for what he has done to so many, many women.”

Dickinson’s attorney, Lisa Bloom, said the case was settled for an “epic” amount, though the terms of the agreement keep the exact figure confidential. 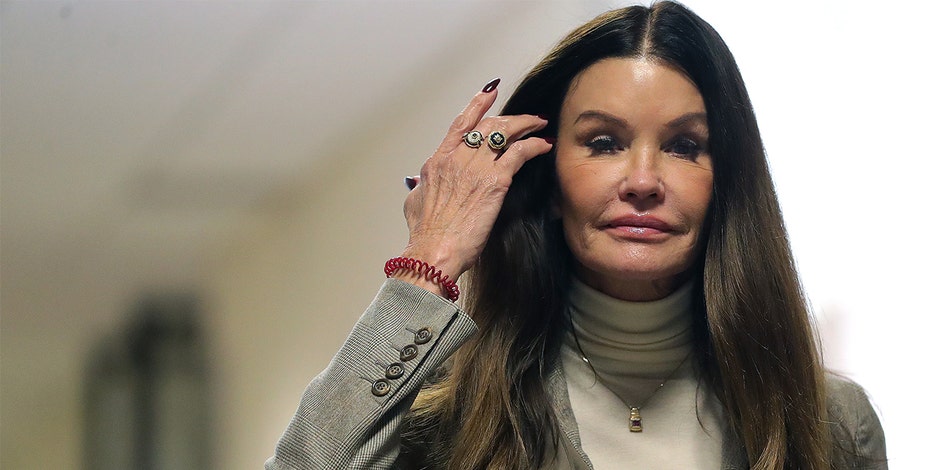 “Janice will be fully and fairly compensated for being branded a liar,” Bloom said.

The deal allows Dickinson to continue to speak out against Cosby, which she said she intends to do.

“Sisters, my advice to you is never, ever give up ever, tell your story and stand up for your rights,” Dickinson said.

She also urged lawmakers to extend the existing statutes of limitations on sexual assault that prevented them for pursuing their abuse allegations in court. Instead, she and other Cosby accusers sued the comedian for defamation for saying their claims were untrue.

Cosby insurer American International Group Inc. settled the case against his will, as it has with at least eight other women who filed similar lawsuits.

“AIG’s settlement of this lawsuit has no bearing whatsoever on the merit of Ms. Dickinson’s claims,” Cosby’s spokesman Andrew Wyatt said in a statement Thursday. He said Dickinson’s case is another example of “AIG robbing Mr. Cosby of the opportunity to clear his name in a court of law, where evidence and truthfulness are supposed to be elevated above headlines and gossip.” 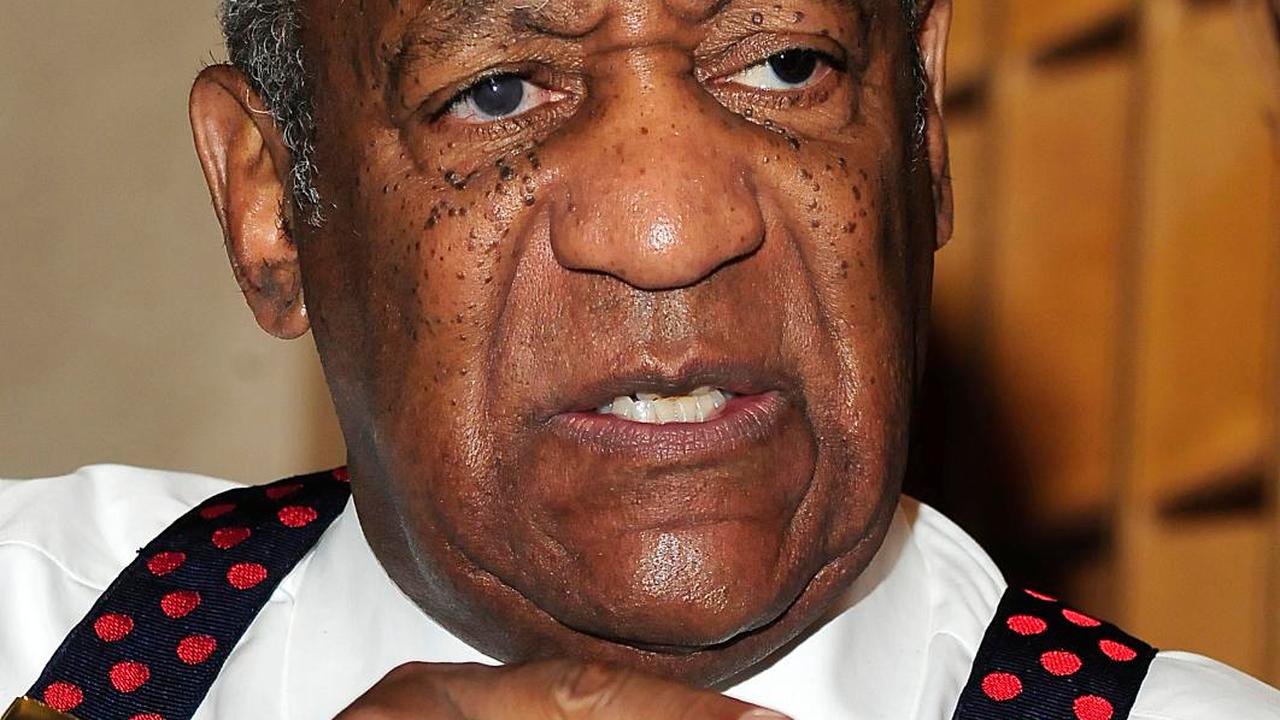 Cosby has repeatedly denied both Dickinson’s allegations and the defamation allegations, saying that they were statements by his former attorney that he had no part in.

The settlement, which Cosby’s spokesman first confirmed Wednesday, brings a long list of litigation involving sexual misconduct and defamation accusations lodged against Cosby around the country near an end. Only a single California claim remains.

Dickinson was among the first for whom the term “supermodel” was used in the 1980s and has become a reality TV regular in recent decades on show’s including “America’s Next Top Model” and “Celebrity Big Brother.”

She testified at Cosby’s criminal trial that he drugged and raped her in 1982. She was among several Cosby accusers who were allowed to take the witness stand at the Pennsylvania trial where Cosby was found guilty of drugging and molesting a woman who worked at his alma mater, Temple University, in 2004.

The 82-year-old comedian is serving a 3-to-10 year sentence.

The Associated Press does not typically identify people who say they are victims of sexual assault unless they come forward publicly, which Dickinson and other accusers have done.