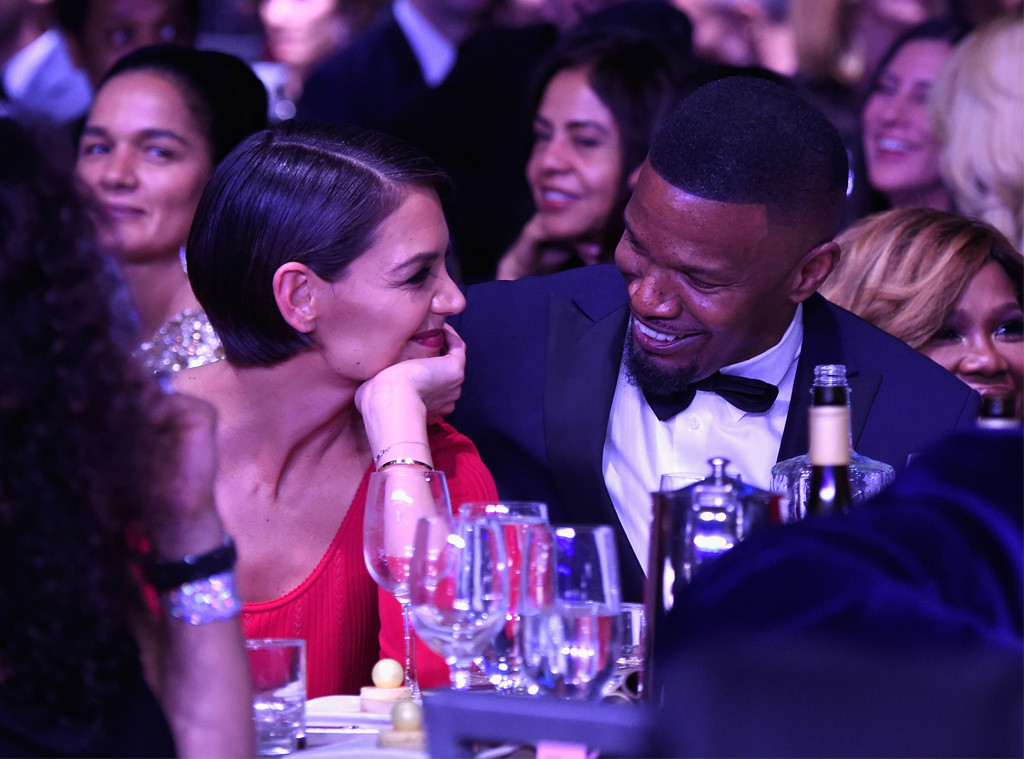 Jamie Foxx and Katie Holmes seemingly made their debut as a couple at the 2019 Met Gala on Monday evening after years of rumors that they’re dating.

The actors apparently arrived together at the big event at the Metropolitan Museum of Art in New York City, but hit the red carpet separately, according to People. Still, Foxx and Holmes posed for photos as a pair in front of a flower wall during the event.

Holmes stunned in a custom purple Zac Posen gown that featured a collar made of palm leaves that draped over her shoulders. Foxx sported a black tux with a sequin panther pin and purple shoes that matched Holmes’ ensemble. 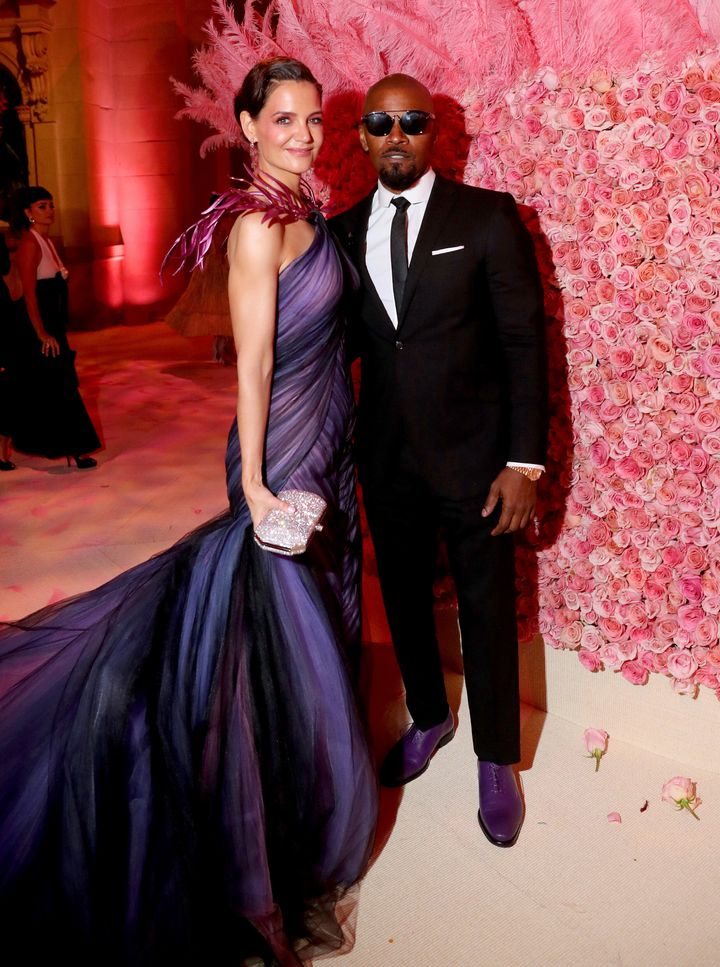 The movie stars were first linked romantically in 2013 after they both attended the fourth annual Apollo in the Hamptons benefit. Foxx subsequently denied a romance, and Holmes stayed silent on the matter.

But the two have occasionally been spotted together after rumors of a romance first broke. In 2017, TMZ published photos of Foxx and Holmes holding hands during a stroll on the beach.

They have not publicly confirmed a relationship. Representatives for both Holmes and Foxx did not respond to HuffPost’s request for comment.

Perhaps Cardi B would have something to say about Foxx and Holmes’ Met Gala chemistry – the rapper posed with them during the event. 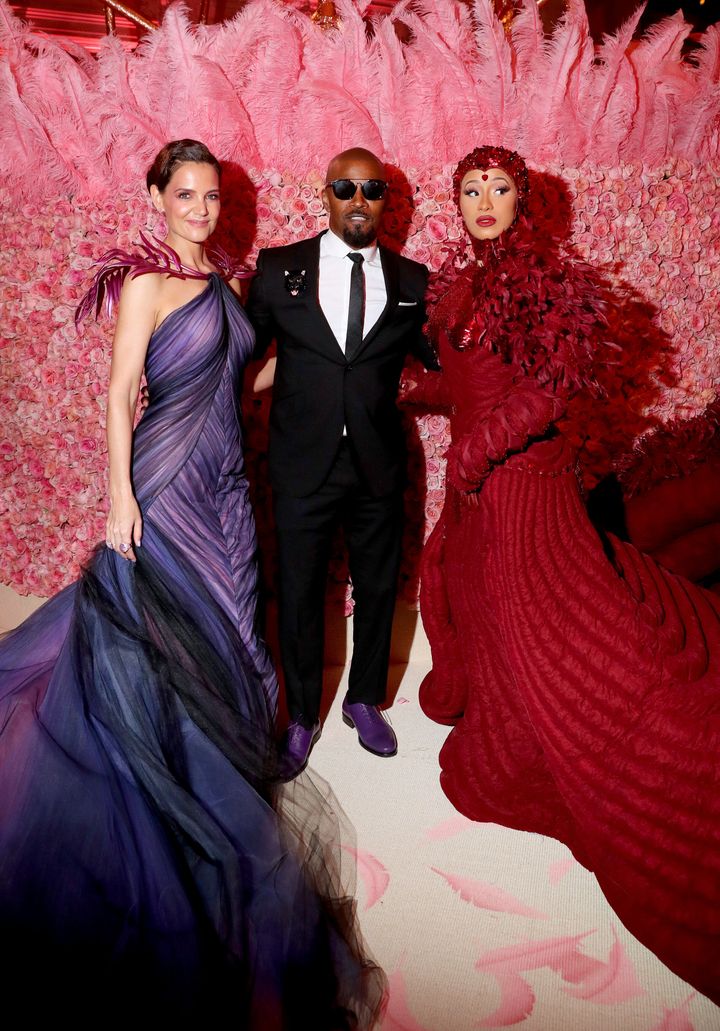