Ron Slagle, who now works as a police officer in Iowa, told "Fox & Friends" Wednesday that those who were hoping to buy the Nike shoe, which featured the original Betsy Ross American flag, should check out his "Honor and Respect" sneaker instead.

Proceeds from the sale of his sneakers, which are black, white and blue, benefit Code 9 and Blue H.E.L.P, two organizations which seek to improve the lives of officers suffering from post-traumatic stress disorder. 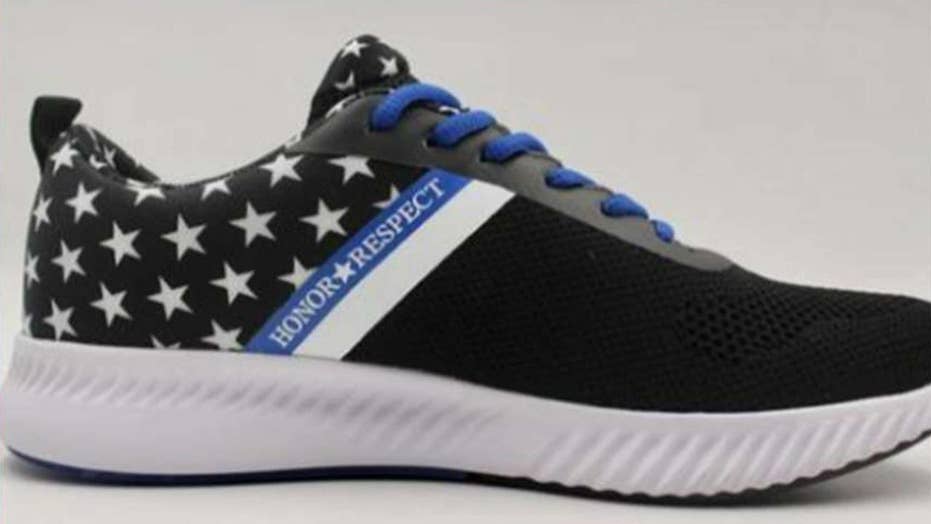 Slagle called Colin Kaepernick's objection to the Nike sneaker, and his continued protest of the American flag, a "disgrace to the actual profession."

Many find the ‘ Betsy Ross’ flag an offensive representation of a time when millions of Black Americans were enslaved.https://t.co/N7S9qpb8No

"The Betsy Ross objection with the shoe for Nike translates into a loss of history," Slagle said. "And I believe at times that's the biggest loss we have is really knowing what the history about that is."

Kaepernick made headlines a few years ago by famously kneeling during the national anthem while he played for the San Francisco 49ers. He said he did so to protest racial injustice and the police killings of unarmed African-Americans.

He has since become a frequent collaborator with Nike, and reportedly objected to the company's decision to release the Air Max 1 Quick Strike Fourth of July shoe. It was supposed to feature the American flag with 13 stars, but Kaepernick objected because of the flag's connection to the era of slavery.

Slagle, however, believes the opposite.

"The flag means freedom," he said. "The flag is a symbol of what we fought for and a lot of Americans are still fighting for today."

Given the tumultuous relationship many Black Americans have with police, people could not help but create their own names for the shoe once images were posted to Twitter.

The he reached for my gun 6s

you fit the description 2's